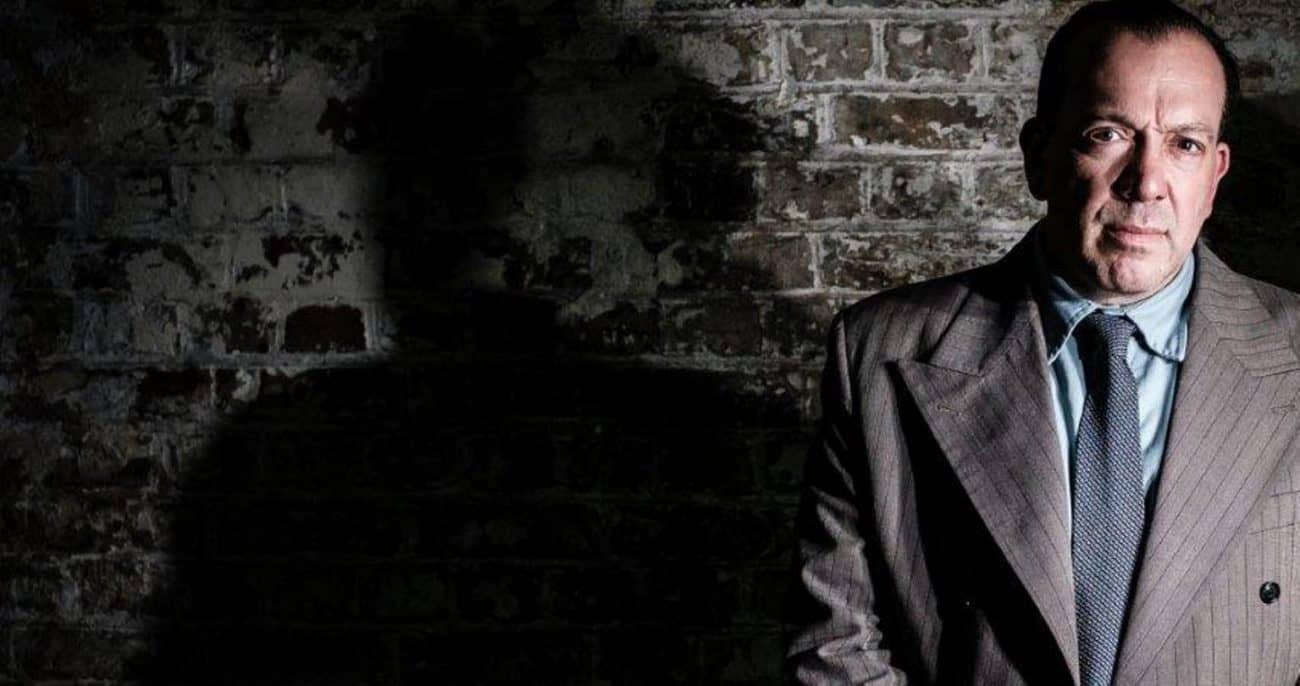 Ahead of the theatrical and VOD release of British gangster movie ONCE UPON A TIME IN LONDON on April 19, actor and producer Terry Stone reflects on playing one of Britain’s most notorious criminals, wearing a bullet-proof vest and reviving 25 years of Drum & Bass.

When did the idea for ONCE UPON A TIME IN LONDON form?

Ever since I was a young boy I had been told I was closely related to Jack Spot. But I never really found out how exactly. Then when I got into movie producing, my father mentioned Jack again, so I finally did some research and realised this would be a great subject matter to make a film on. Jack’s world was the melting pot of organised crime and he became one of the most powerful gang bosses in Britain. I couldn’t believe that nobody had seen the cinematic potential in this subject matter before.

How did you bring it into fruition?

We wrote a first draft screenplay in 2011. Then Will Gilbey, whom I worked with on Rise of the Footsoldier, did further drafts until we had a draft we were all happy with. We couldn’t get the film off the ground at that time. Everyone kept telling me, who wants to see a period crime thriller? So I put the whole concept on the back burner knowing its time would come.

Then along came the hit TV series Boardwalk Empire and Peaky Blinders, followed by Legend starring Tom Hardy as the Kray twins, proving there was indeed an appetite for such period gangster epics. That’s when my co-producer Richard Turner and I started to seriously think about reviving the project and set about making it happen.

How did Simon Rumley come on board as director?

It was one of our executive producers Jezz Vernon who suggested we take a look at Simon Rumley as a possible director. Simon is well known for his niche suspense and horror thrillers, ‘extreme dramas’ he calls them, and the moment we met him we knew he was the man for the job.

He was looking for a project to break him out of his comfort zone and had never directed a gangster film before, and we wanted someone with a different mindset who could heighten ONCE UPON A TIME IN LONDON and elevate it into something extraordinary. It was clear his past work proved he wasn’t frightened of the violence it entailed.

Apart from producing the film you also take on the lead role of Jack Spot. Was that always on the cards?

No, I had originally had a discussion with Simon about playing the role of Albert Dimes or Alf White but when Leo Gregory mentioned he felt that I had all the qualities to play Jack and I should do that part, I spoke with my agent who said in not so many words you’re an idiot if you don’t play that role. You were born to play Jack.

What I didn’t want to do like a lot of actors who also produce, was to force myself on the director and play a role that I wasn’t suitable for and be accused of landing the lead solely because I was the producer. So I did a few read throughs with Simon and we worked on the script together so he could see I could play it as well as any actor.

In my bones I knew I could play Jack with the sincerity and bravado needed. I’ve been obsessed with the True Crime stories and films since childhood and I’ve been around London for most of my life. Starting out as one of the UK’s top rave promoters I’ve mixed with many underworld types so I really do know the characters and the environment better than most.

You also portrayed another real-life criminal, Tony Tucker, in the successful RISE OF THE FOOTSOLDIER franchise. How daunting was that to get right?

I don’t know if my portrayal is a hundred per cent correct (Tucker was murdered in 1995) but I spoke to a lot of people when researching the character and at the premiere there were various people who knew him, who said it was chilling watching me – it was as if he was still alive. I never met him so I took that as a huge compliment.

Is it true you used to wear a bullet-proof vest?

Yes I did, whilst I was promoting Drum and Bass and Garage Nights around the country. There were some very dangerous large scale venues in the worst areas of the UK and as these were all night rave events, the local gangs would enjoy trying to put it on us, so we had to be ready for whatever they came with which included guns and knives. This was all as bad in the 90’s as it is today it just was never reported or covered every day like it is now.

Your book ‘King of Clubs’ is subtitled ‘Sex, Drugs and Thugs’. There has to be a film adaptation!

Yes, we’ve just finished a documentary which looks back over 25 years of Drum & Bass and we are currently negotiating a TV series and Feature Film deal, so exciting times ahead on this front.

What is about the gangster genre that appeals to you so much?

I grew up watching epic gangster films like Scarface, Goodfellas, The Godfather, Once Upon a Time in America, The Untouchables, Casino, The Long Good Friday, Get Carter and thought these were films you could watch over and over again so I became a Crime Film fan, I like all types of films but this is an area that has the most appeal to me if it’s done well.

Sergio Leone’s Once Upon A Time In America is right up there. There isn’t an out-an-out favourite but, if I had to pick one, I can tell you it definitely wouldn’t be The Godfather 3. That has got to be one of the worst gangster films of all time.