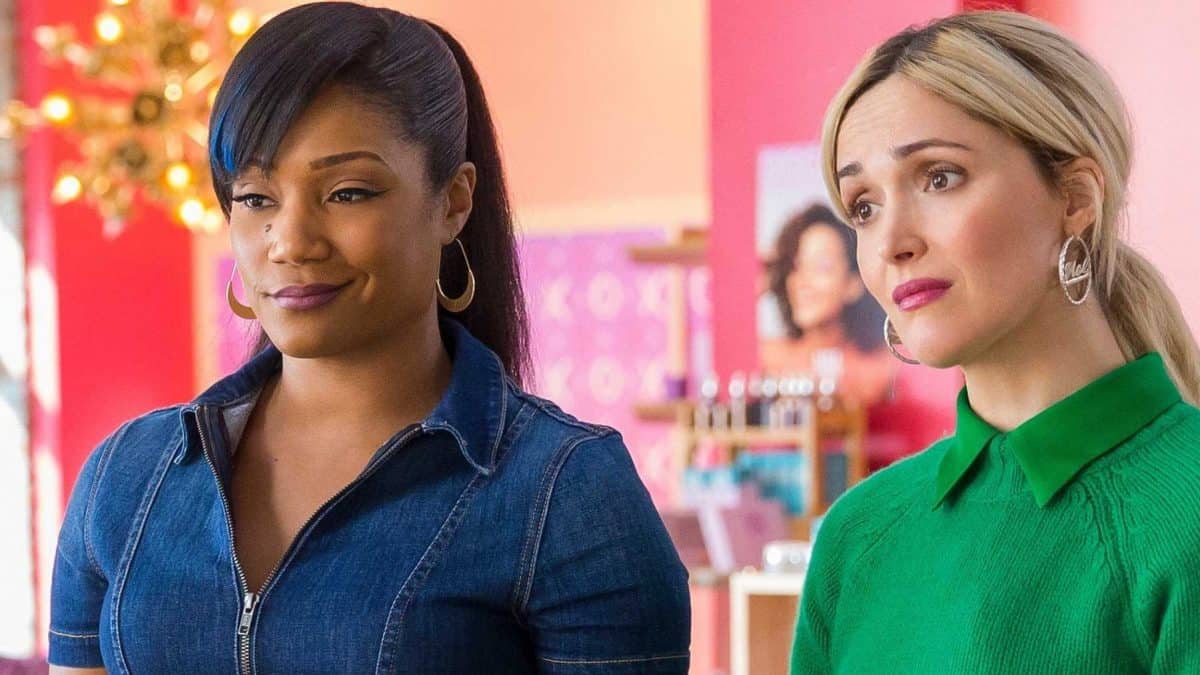 Best friends Mia Carter (Tiffany Haddish) and Mel Paige (Rose Byrne) run their own cosmetics company — a business they built from the ground up. But they’re also in over their heads financially, and the prospect of a buyout offer from an industry titan proves too tempting to pass up. The beauty business is now about to get ugly as the proposal puts Mia and Mel’s lifelong friendship to the ultimate test.

A couple of months ago, while sitting in the theatre waiting for Elizabeth Banks’ reboot of Charlie’s Angels to begin, the coming attractions started. Most people think that the coming attractions are boring and they don’t usually enjoy watching them, but the same cannot be said with me. There is always something magical about watching some (hopefully) good trailers in the theatre with the lights dimmed while waiting for your feature presentation to start.

But, the first preview that showed during that screening was one for Miguel Arteta’s Like a Boss. It’s trailer was so bad that I genuinely dreaded the knowledge that I would have to eventually go ahead and check it out. Although I give every movie the benefit of the doubt and watch them anyway, something inside me just knew this film wouldn’t be good. But nonetheless, I went into Like a Boss crossing my fingers that this would be the rare January film that was actually pretty diverting and decent. But, yeah, my gut instinct was right this whole time. Like a Boss is one of the most unfunny comedies in a long time. It’s probably, in fact, the weakest comedy since 2019’s The Hustle.

Something that was kind of abrasive about this film was how in your face all of the jokes are. Comedy is extremely subjective, though. My favorite type of humor is the humor that you have to kind of think about. It isn’t an incredible surface-level joke. Dad jokes make you shake your head and chuckle, but they’re not hilarious. Cringe comedy is also a big thing for me, which is why I love watching shows like Curb Your Enthusiasm and The Office.

Like a Boss offers some of the most childish humor there is out there. None of the jokes landed here. They are jokes that are aimed towards teenagers that is probably going to please the masses, but these jokes to me, just weren’t funny. This is a movie that is not even an hour and thirty minutes long, and I am glad that it wasn’t longer, because every time somebody said something “humorous” from the script, I cringed.

At the very least, this movie should have been somewhat amusing to watch. Tiffany Haddish is actually a really funny person and I greatly enjoy a lot of her work. The same can be said about Rose Byrne and the rest of the cast. The problem isn’t them. The problem is the script. Nothing entertaining happens here. It’s a movie that constantly settles for mediocrity and it’s one whose story is ridiculously predictable. There’s no tricks up Arteta’s sleeves which was unfortunate.

Arteta is actually a decent director, too. He previously helmed the 2017 comedy-drama Beatriz at Dinner, which actually succeeded at being a funny film that had some really great dramatic beats along the way. This is why it is actually kind of surprising that he directed this movie. The two feel wildly different, and I am unsure as to what compelled him to direct this.

Those who are looking for a competent story and one that is interesting will be disappointed too. Then again, I don’t think anybody goes into these kinds of movies expecting Best Picture nominees, and neither do I. Comedies for me, are movies that can be great, but they are almost never groundbreaking. Yes, there are a few exceptions, and sadly Like a Boss just isn’t one.

With one of the most unfunny scripts in film in quite some time, Like a Boss is a painfully unfunny mess with cringe-worthy humor that wastes its director and cast.