Why Superhero Fatigue Won’t Kick In Every few months cries of despair can be heard from the internet: people are going to get bored of superhero films, they’re all the same, bring back original movies, I can’t keep up with all these TV shows, they’ve clearly run out of material! Every time I read the criticisms, contemplate for a moment and then go back to doing whatever it was I was doing, before I got lost in the internet underworld of complaints.

It’s true, there are a hell of a lot of comic book adaptations coming to our screens, especially superhero ones (you can sit this one out Kingsman). Everyone with a superhero to hand is having a crack at launching their own little franchise. DC and Marvel are of course the frontrunners here, with Marvel’s own properties being spread across FOX, Sony (no one knows what’s going on over there at this point) and Disney. Even The Tick managed to find a home over at Amazon. The train is stopping for no one, content to smash through all obstacles in its quest for dominance; think a Denzel Washington movie but with colourful costumes and suited CEOs maliciously laughing, whilst rolling in vats of money sporting printed portraits of Stan Lee upon them. Sounds menacing doesn’t it? Sounds like we’re doomed for all eternity to sit through endless beat ‘em ups, as Zack Snyder force feeds us popcorn with a modified t-shirt gun. Except, nearly every time I sit down to endure another super powered flick (I know this is not representative of all heroes and can only apologise) I find myself genuinely enjoying it. But there’s a reason for this… 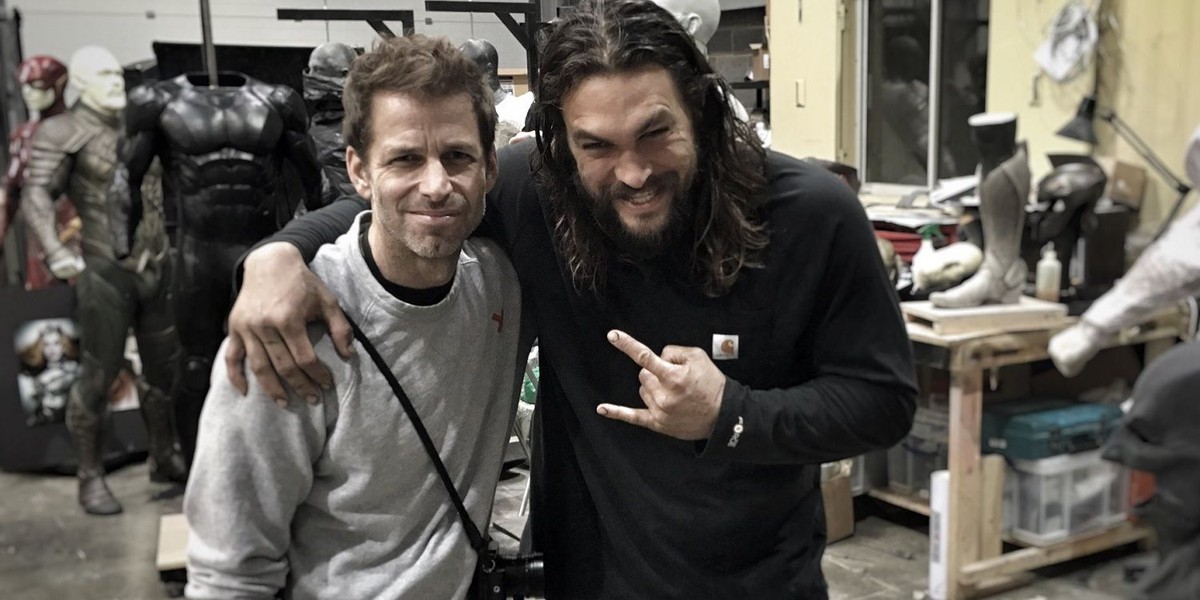 I thought I’d address the be all and end all of superhero fatigued arguments; the Western genre died out and so will this. If I could show you how hard my eyes roll at that, I would. The Western genre, a successful series of classic films spanning years of audiences lives, was just that, a genre. Whilst some try to revive the golden age of Chuck Norris and midday duels and others try to pay homage to it, to varying degrees of success, it cannot be denied that the days of cowboys and saloons dominating our screens are firmly behind us. The superhero adaptation, in whatever form that may be, is not a genre. You could not put The Dark Knight, Guardians of the Galaxy and Flash in the same category. They all come from comic books and they all involve superheroes but they are not the same genre. Let’s take Logan, a fantastic film by any standard no matter the genre, as an example of what I am trying to show here. It’s an action film with a R rating, not an association with the stereotyped ‘superhero genre.’ It’s a sci-fi film with its futuristic setting and advanced technology. It’s a dramatic adventure film, with a journey across country, fleeing from a group of villainous pursuers. Most importunately of all, it is a Western, in its tone and visuals; featuring the classic picture Shane, which director heavily influenced James Mangold’s interpretation of the Old Man Logan narrative arc, found in the pages of Mark Millar’s and Steve McNiven’s comic book run. Logan doesn’t meet some sort of ‘superhero genre’ and neither does any other comic book adaptation involved heroic or sometimes, not so heroic individuals. There is no genre for novel adaptations, so why should there be for comic book adaptations, specifically those featuring superheroes.

Originality Will Always Win Out

What have been the most successful superhero adaptations in recent memory? Or course, the first Avengers film, unique in its time for being the first feature film to involve a superhero team up of unprecedented scale. Deadpool, an action, romantic-comedy, unique for its meta-humour and the first of FOX’s R rated superhero films. Legion, a show so unique with its visuals, exploration and representation of mental health that it acquired near-universal critical praise. Wonder Woman, the very first female lead superhero film, DC’s first massive success and a period piece. Look across the rest of this article to see mentions of The Flash, The Dark Knight and Guardians of The Galaxy, three unique success stories, with critical and commercial acclaim but no shared genre. Each one of these successes are unique in their own right, with the talents involved bringing flare and originality to the source material that others might not have achieved. The key to keeping superhero films fresh and varied is to keep their genres unique.

What Could Bring Triumph To The Fatigue Theorists?

The simplest way in which fatigue could be found within superhero properties is with the over-saturation of a particular genre. If successes are copied and formulas are created, audiences with grow tired of the same story being told to them with different characters. The most successful superhero adaptations today tell original stories, featuring unique genres to their field and a cast of characters that are like no one else. If this is lost, then so too are superhero films to the audience. ‘So, over the next few months, if you pay attention to the trades, you’ll see Hollywood misunderstanding the lesson they should be learning with Deadpool. They’ll be green lighting films “like Deadpool” – but, by that, they won’t mean “good and oriningal” but “a raunchy superhero film” or “it breaks the fourth wall.” They’ll treat you like you’re stupid, wich is the one thing Deadpool didn’t do.’ – James Gunn

Fatigue will come if The CW replicate their superhero shows again and again, over saturating the unique tone of the individual properties. Fatigue will be found in every film trying to be gritty and realistic, akin to Christopher Nolan’s Dark Knight Trilogy. Fatigue will be welcomed with open arms by those superhero naysayers, when the Avengers start asking why the X-Men aren’t in their films, whilst wearing costumes oddly similar to the Justice League.

If superhero films are not a genre then how can the genre die out? Audiences will grow tired of repetitious work from lazy studios, if originality does not continue to win. Don’t watch out for the fatigue, just watch out when those fresh ideas fade away.