The New Cast For The Entourage Movie: Rumours The hit TV series chronicling the highs and lows of an emerging star on the scene in Hollywood, is confirmed to make the switch to the silver screen, following in the footsteps of past hit series like Sex and the City. After finally getting the green light in October 2013 following rumoured pay disputes, fans of the show are about to get some sneaky details of possible cast members and what the movie might explore in relation to the TV series. As new rumours emerge for the future project, it’s a chance for excited audiences to really whet their appetite.

All the familiar faces 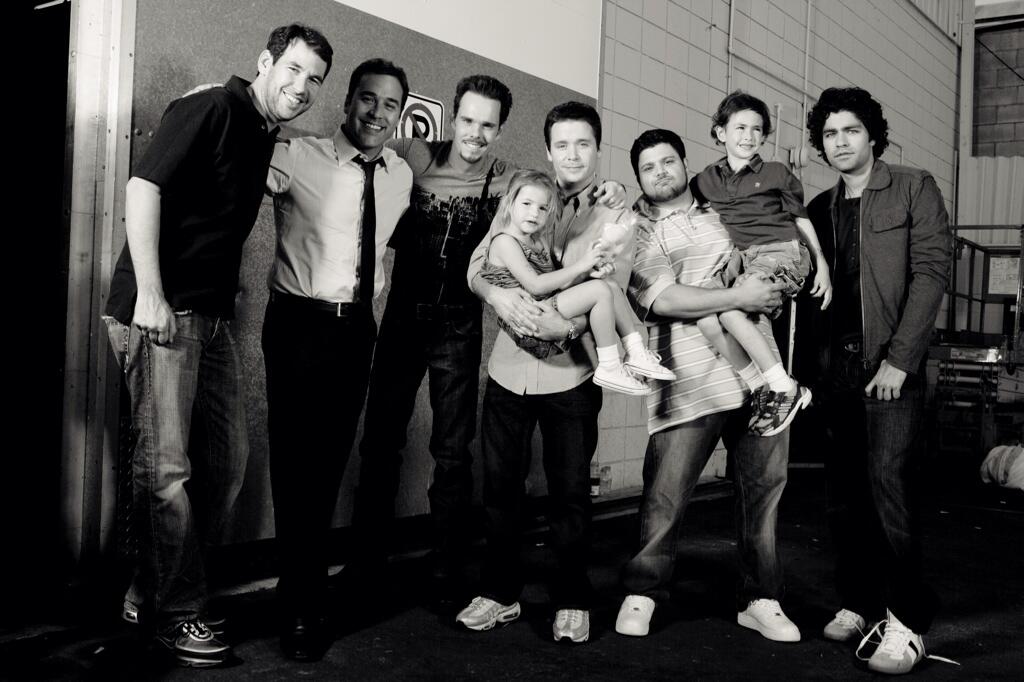 Viewers will already be thrilled to hear that names of some cast members for the Entourage movie have already been revealed, pointing to a stellar big screen cast that will live up to the young and gorgeous small screen version. Since the movie version was first announced ten months ago, the development of the film has been surrounded by gossip, leaving fans wondering if it was all just a practical joke. But after creator Doug Ellin tweeted the confirmatory, “it’s a go. Love you all”, with a quick snapshot of himself and some of the Entouragefamily, everyone was able to breathe a sigh of relief.  Cast regulars Kevin Connolly, Adrian Grenier, Jerry Ferrar and Jeremy Piven, in the role of foul-mouthed studio boss, Ari Gold, are all confirmed to be on board for the big screen adaptation.

That doesn’t mean that the rumour mill surrounding the movie has gone silent though. Although the film’s details have been kept closely under wraps, there’s been a lot of heated speculation about just who we might get to see in the big screen version. Leonardo DiCaprio is one of the big names rumoured to have been courted for a part, and The Great Gatsby star wouldn’t be stepping in for a short cameo either – fans could look forward to seeing him in some real, meaty screen time. Meanwhile for the female lead, the “Sports Illustrated” model, Kate Upton, has been eyed up to take the hotly anticipated role, with multiple sources already having confirmed her involvement with the project. Can it match the TV Series?

It still remains to be seen what the Entourage movie might bring to the table in relation to the long standing TV series. Though the series finale concluded with a lot of open ends, with Ari facing the tantalising opportunity to become the head of a major studio, cast member Jerry Ferrara has hinted that the movie might just take a slightly different angle, with a “throwback” to earlier seasons. This might just give fans an exciting glimpse into some of the murkier unresolved back stories that the series only skimmed over.

One thing is for certain, after the roller-coaster of rumours surrounding the project since its inception, both cast and audiences will be glad just to see it come to fruition at long last.