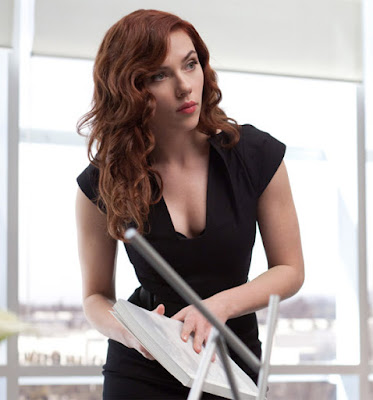 Before Iron Man was released in 2008 the character was one that, while being one of the big players of the Marvel Comics universe, was largely unknown to the general public. As such, the prospect of a big budget movie adaptation was somewhat riskier than adaptations of better known and more popular characters like Spider-Man. This didn’t stop the film from being one of the big hitters at the 2008 box office, though, in America even rivalling the takings of the latest Indiana Jones movie, and establishing Iron Man as one of the biggest superhero properties on the big screen. Now, two years later, the character is right up there with the likes of Spider-Man and the sequel, simply titled Iron Man 2, is perhaps the most eagerly anticipated movie of 2010. The grand tradition of sequels to superhero movies is that the second movie always improves massively upon the first. This has been demonstrated time and time again – Spider-Man 2 squished Spider-Man, X-Men 2 mutilated X-Men, The Dark Knight beat up Batman Begins and Fantastic Four: Rise of the Silver Surfer blasted Fantastic Four into outer space – and now (while not everyone will agree with me on this), this critic feels that Iron Man 2 can be added to the list for not only outgunning the first film but also for looking beneath the armour.

After confessing his identity as Iron Man to the world, Tony Stark (Robert Downey Jr.) comes under fire from the United States Government, in particular Senator Stern (Garry Shandling), who demand he hand over the powerful weapon that is the Iron Man suit. As the Government attempts to create a duplicate suit with the assistance of Stark’s rival, Justin Hammer (Sam Rockwell), Tony’s long time friend Jim Rhodes (Don Cheadle) and his closest confidante/would be romantic interest Pepper Potts (Gwyneth Paltrow) are both put center stage in the conflict. Meanwhile, a mysterious and dangerous foe emerges in Ivan Vanko (Mickey Rourke), who creates an alternate and powerful persona known as Whiplash in order to exact revenge on the Stark family for acts committed by Tony’s father, and it isn’t long before he unites with Hammer in an effort to destroy Iron Man. With the arrival of his shady new assistant Natalie Rushman (Scarlett Johansson), and persistent recruitment attempts from S.H.I.E.L.D. director Nick Fury (Samuel L. Jackson), Stark needs all the help he can get in order to overcome the obstacles that lay before him.

Iron Man 2 is something of a different machine to the film that preceded it. While, as we have come to expect from superhero sequels, it delivers on a bigger, more epic scale, outdoing the first film in action and special effects, it also surprises by taking on a more serious and character driven tone. Here we don’t just get lots of action sequences featuring Stark in his Iron Man suit; we also get a deeper insight into the man who wears the suit, with Tony Stark being the true focus of the story in many ways, rather than Iron Man. This may disappoint some viewers, who will no doubt be interested more in the action side of things, but this time around much more screen time is given to Tony Stark than his robot suit alter ego, something that makes for a much darker and altogether more interesting movie. Here Tony Stark is, in many ways, a changed man to the character we were introduced to in the first film. Slowly being poisoned by the very device that is keeping him alive, he is presented as a much more vulnerable individual and the film handles the difficulties that he faces in a manner that is believable, engaging and occasionally quite humorous as well. Thus, we are provided with some decent character based drama to go along with the action. The fact that the film takes on a more serious tone, however, is by no means to say that it has any less sense of fun than the first film. Sure, the film delivers some much deeper, character based stuff, but it also delivers everything else you would expect from the follow up to Iron Man – great action sequences, eye-popping visual effects and lots of sharp humour – with director Jon Favreau perfectly balancing the serious and the hilarious, the slow and the fast paced and the dramatic and the thrilling. As you would expect, the action is much bigger scale this time around and it certainly delivers all the thrills you could hope for, the action mostly being grouped into two blocks, firstly when Whiplash reveals himself to the world and we get to witness a new version of the Iron Man suit, and secondly in the astounding climax, which boasts a superb interplay between Iron Man and his new sort-of sidekick War Machine taking on an army of robotic drones along with a souped up Whiplash, and Scarlett Johansson’s Black Widow kicking ass the old fashioned way. While there is clearly much more use of visual effects over practical effects this time and occasionally the CGI is a tad obvious, the effects nonetheless prove to be very realistic, mostly looking completely authentic and seamlessly blending in with their real life surroundings. The visual effects once again astound and amaze, with the people at Industrial Light and Magic doing a superb job at bringing the action to vivid, realistic life. On the humour front, this film perhaps outdoes the first, offering up a non stop barrage of hilarious dialogue – one liners are thrown out left, right and centre, all genuinely witty and some real laugh out loud ones among them – and humorous situations and, as with the first film, it all feels natural, never seeming forced or cheesy in any way. This can be attributed significantly to writer Justin Theroux, in his only his second screenwriting gig after 2008 comedy Tropic Thunder, whose screenplay not only offers a bit of everything but together with the superb director of Jon Favreau) makes it all really work together to form a whole that makes for a perfect popcorn movie. Not only that but he provides plenty of references for the comic fans amongst the audience with S.H.I.E.L.D. taking on a much bigger role than in the first film and nods to next year’s Thor (make sure you stay till the end of the credits), Captain America and 2012 superhero team-up movie The Avengers ensuring that comic fans will find much to love here. Truly this is a film that will have many a comic fan in a state of glee but it does this in a way that doesn’t alienate the mainstream viewer with everything here being perfectly enjoyable by both comic fans and casual moviegoers. Additionally, all the characters are well developed and written in ways that seem believable, each having their own motivations, and the storyline is never hard to follow, something that is particularly important considering that the plot does get quite complex on occasions.

Of course, much of this wouldn’t count for much if the actors weren’t any good but fortunately pretty much the entire cast is on the top of their game here. Robert Downey Jr. is given a much meatier role this time and he relishes in it, capturing an excellent balance between the suave, egotistic playboy persona that we are familiar with from the first film and troubled, fragile individual he has turned into since and in a way that seems genuinely natural and organic, quite important considering the two aspects of his character’s personality are inextricably linked at times. Additionally, he brings to the role all the wit of the first film and then some, being every bit as entertaining as he is convincing. His chemistry with co-star Gwyneth Paltrow is every bit as electric as it was first time, only with an added degree of volatility this time round and Paltrow herself excels as the sort of love interest/cleaner up of Tony Stark’s messes. With regard to the other main character returning after the first film, there has been a fair amount of controversy over original actor Terrence Howard being dropped and replaced by Don Cheadle. Cheadle sadly doesn’t quite live up to the impression set by Howard in the film but nonetheless proves to be the next best thing, doing a decent job of making the role his own and getting a fair amount of opportunity to deliver some wit himself. Villain duties this time around have been placed in the hands of recent Oscar nominee Mickey Rourke who both does a pretty good Russian accent and proves to be a fairly sinister villain, albeit one who is greatly different to the villain from the first film (this isn’t a criticism though), his character’s motivations being more about personal vengeance than the grander, more greed driven goals of the first film’s baddie. Rourke does a good job of making the character seem human at times while never diminishing his sinister presence. Elsewhere in the cast, the always excellent Sam Rockwell is excellently slick and suave, his character proving to be the perfect foil for Tony Stark, Scarlett Johansson is perfectly tough and sassy as Natalie a.k.a. Natasha Romanov a.k.a. Black Widow, Samuel L. Jackson is effortlessly cool as Nick Fury, Garry Shandling is thoroughly entertaining as the Senator with a strong disliking for Tony Stark and Jon Favreau (as Stark’s driver/bodyguard Happy Hogan) gets much more screen time than in the first film. A number of other recognisable faces also appear, among them Clark Gregg (reprising his role as S.H.I.E.L.D. Agent Coulson from the first film), Leslie Bibb (reprising her role as reporter Christine Everhart from the first film), John Slattery (appearing as Tony Stark’s father, Howard Stark) and Kate Mara (as a US marshal). Additionally, Paul Bettany once again provides the voice for Tony Stark’s home computer system Jarvis and Stan Lee does his usual cameo appearance, this time appearing as US talk show host Larry King. So, all in all, Iron Man 2 is another superb blockbuster from the superhero franchise that is showing other superheroes just how things should be done. It looks amazing, will make you laugh out loud and, perhaps most importantly, has some real substance as well. These things combined make for another truly excellent addition to the ever growing list of fantastic superhero movies and you are sure to leave the cinema eagerly awaiting the inevitable third installment along with the 2012’s The Avengers.