Sweetheart, You Can’t Buy The Necessities Of Life With Cookies 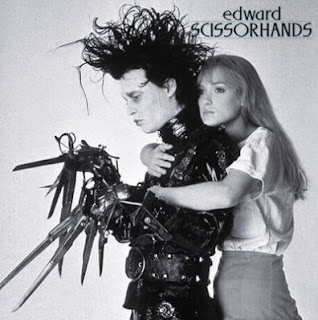 I am a huge fan of Tim Burton’s work and am very excited about Alice In Wonderland in 2010. This will be Burton and Depp’s 7th collaboration to date having previously work on Edward Scissorhands, Ed Wood, Sleepy Hollow, The Corpse Bride, Charlie And The Chocolate Factory and Sweeney Todd. Johnny Depp with be this time be playing The Mad Hatter. Alice In Wonderland will be both live action and CGI effects and was rumoured to be in 3D although this does not appear to be apparent anymore. Mia Wasikowska, who recently stared in the film Defiance with Daniel Craig, will play Alice.

Alice In Wonderland is not the only film Burton has in production or post production oh no he is producer of the animated film 9 set in a post apocalyptic universe, and director of Frankenweenie, this short film was eventually released as a bonus feature along with Vincent on The Nightmare Before Christmas DVD. And now it seems Burton will make it a feature length film, which is quite exciting. And I am sure each one of these film will poses Burton’s own unique style and themes.

The reoccurring themes of the outsider, suburbia and gothicism run throughout Burton’s films to me this is most apparent in Edward Scissorhands (1990) for me this is one of Tim Burton’s best films to date as it truly captures the notion of true love and overcoming obstacles. The opening sequence of the film, the camera pans along the seeming sameness of suburbia, focusing on the rows of identical houses and carports. Within this suburban society there are people with unique stories and individual lives. The film focuses on Edward’s trials and tribulations in the pastel paradise known as suburbia. This suburban town is a prolonged image of perfection in a town that only knows material values; this theme is reoccurring in many of Burton’s later films. This can also establish the difference between Edward and the world we perceive as ‘normal’. The image of suburbia and Edward’s mansion are contrasted through Burton’s use of colour. Suburbia is bright and the colour pallets used to create this are pastel shades. Burton creates vivid blue skies and green lawns prolonging the image of perfection. This is contrasted with Edward’s gothic mansion, which lies dark and gloomy at the end of the suburban road – desolate and isolated from the town below. The monochromatic pallet of Edward juxtaposed with the vibrant town and characters only emphasises him as an outsider, he is seen as both visually and emotionally different from everyone else. Edward sees a romanticised view of the world and he sees beauty in the most unlikely places.

Burton’s films are highly stylised, and these themes of isolation and emotion are key to the narrative structure of his films. Matthew Bourne has adapted this classic Tim Burton film into a stage ballet and when talking about Edward Scissorhands and why he chose to adapt this film into a ballet says. “Edward is the ultimate “outsider” expressing himself through movement rather than words with much of his appeal being physical and emotional. He is not unlike a silent movie actor and this lends itself beautifully to our unique approach”. I have been to see the ballet and it really blew me away how Edward was brought to life in a theatre.
In my opinion this film will stand the test of time, the adaptation from film to ballet is a flawless transaction. The musical score by Danny Elfman is haunting and magical and the classic beauty and the beast narrative, Edward is seen as the outsider character the Beast, and Kim is seen as his object of that he desires his Beauty. He professes his love for Kim at the end of the film by sculpting her angelic likeness out of ice. She dances in the ice flakes Edward is shedding from the sculpture, she is the epitome of angelic beauty a virgin figure dressed in her pure white dress. The use of snow is significant in representing innocence and purity. Edward is visually different and he appears threatening because of this. The suburbanites view Edward as dark and mysterious on first meeting they use him as a commodity and take advantage of his innocence. Edwards’s world is thrown into disarray when the suburbanites turn on him and run him out of town he is forced to return to isolation once more. “You know when I brought Edward down here to live with us, I really didn’t think things through, and I didn’t think about what could happen to him. Or to us, or to the neighbourhood and now I think that maybe it might be best if he goes back up there. Because at least there he’s safe, and we’d just go back to normal.” This reference back to normality is again establishing Edward as dissimilar from the world around him.