This is a tribute to those actors who had to adorn wigs, hair pieces and some dodgy colouring jobs. I thought I’d pay my respects with the release of X-Men Origins: Wolverine just round the corner. We all know the great clawed one has some what of a distinctive bed head look. It must be bed head hair, I cant really see him in front of the mirror putting in some styling putty before he whoops some mutant ass.
Whats that I hear you all cry? Shout a bit louder for me please. Oh, you want to know what criteria has to be fulfilled in order to appear on this most prestigious of lists, well you have to be a decent looking guy and end up looking like a total schmuck. 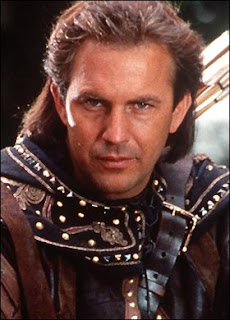 Now let me be clear here, Robin Hood: Prince Of Thieves is an absolute classic as far as I’m concerned. Its a firm family favourite (wow, how many f’s?). Its got some great action sequences and sword fights (can anything beat the slow mo flaming arrow into the executioners head?), great performances in Alan “I can do no wrong” Rickman and Morgan “I’ve played God” Freeman. But the clear show stealer is Kevin Costner’s hair. With its whispyness and added volume it really helps define the blatant mullet that Costner is rockin’.

This next one is from a film that I feel was greatly unappreciated. In 2001 we were treated to
Swordfish, a smart, slick action film that gives bang for your buck while also givi 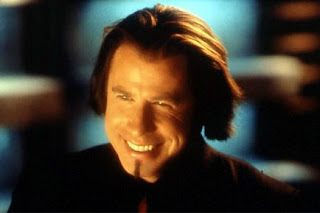 ng you a little to
think about, plus its got Halle Berry on her best top totty form. But one thing that stands out in this is JT himself and any of you who are thinking John Terry can go sit in the corner and think about what they’ve done. No no, I’m talking about John Travolta. In interviews he’s said they wanted to go for a European playboy look to his homeland terrorist character. With greased back hair (did you see what I did there?) and a god awful highlight at the front, I think we can safely say this is one hair do that he’d rather us forget about. 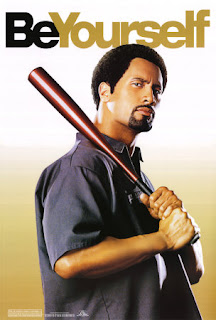 Now we all know there’s some guys you can look at and think “yeah I could take him”, so why not take the piss out of his hair? But this next follicle faux pas belongs to a guy that you do not want to mess with, I mean even if he’s drunk and you got a set of keys in your hand. Dwayne “The Rock” Johnson stands at 6ft4 and weighs in at 275lbs, so don’t mess with this fella. Though, with that being said his Afro in Be Cool is not so cool. When you got a hard man like that stood in front of you, you don’t want to get the giggles. Complete with a goatie and baseball bat The Rock really does everything he can to sell this gay bodyguard to the audience.

(Drum roll please) Ladies and gentlemen, boys and girls and people that marry their horses, we are now at the end of our great hair adventure. But before I leave you all, I will depart with the best/worst of all the bad hair days. Nicolas Cage is a once great actor, Wild At Heart and Face/Off are great films (watch Ghost Rider if you want to see how bad things can get). But in 1997 something happened, something special and magic, Con Air was born. With Cage playing soon to be freed Cameron Poe he donned a hair style that not even a bald man would want. With a receding hairline, thinning on the top and a tragic mullet, this hair do really takes the cookie when it comes to bad hair days. The sad thing is, I would be willing to let Cage off the hook if it was for just one offense, but no, the man just keeps on going with his bad hair in NEXT, Ghost Rider (can you say hair piece?) and his blond mistake in Gone In 60 Seconds. 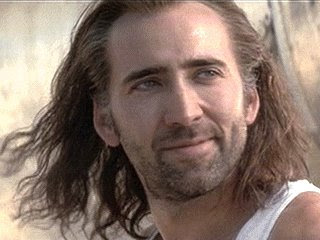 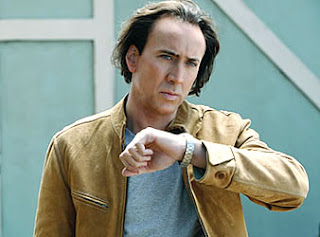 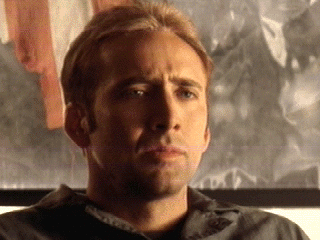 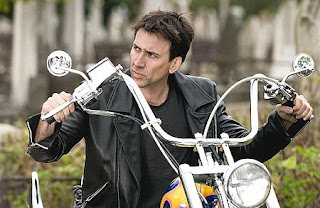 And so we end on a real high, Cage really is the King of bad hair, not only because he has shocking hair in films but also because of his love for Elvis.

Until next time my evil minions.