7 Of The Top Oscar Winners 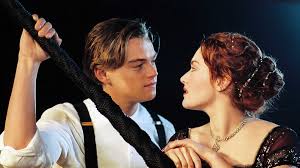 Every year, millions of viewers around the world watch the Oscars ceremony to see Hollywood professionals compete for acknowledgement of their work. There are numerous categories but the most important award is given for the Best Film. Each year, five films compete for the title of Best Picture for that year.

Titanic was a blockbuster film with an all-star cast and a budget that most directors would die for. Yet rather than creating an over-dramatized, over-acted and unduly elaborate retelling of the great sea disaster, Titanic measured up to expectations in every way.

Most critics see Titanic, released in 1997, as one of the true greats of the 20th century.  Director James Cameron succeeded in creating a definite cinematic portrayal of the historical event. The film was realistic enough for any history buff but also delivered a classic love story that resonated with audiences of any age.

Titanic continues to draw new viewers as a timeless expression of emotions and events that resonate forever.

One Flew Over the Cuckoo’s Nest

One Flew Over the Cuckoo’s Nest was the first film since 1934’s It Happened One Night to sweep the Oscars. The film walked away with awards for Best Director, Best Actor, Best Actress, Best Screenplay and Best Picture. The movie, adapted from a novel by Ken Kelsy and released in 1975, was almost universally critically acclaimed and featured iconic performances by some of cinema’s greatest actors and actresses.

The film captures the counter-culture generation and sentiments through life in a closed mental institution ward. The main themes focus on anti-authoritarian attitudes and choices. The film was praised for its narrative that depicts institutional processes and its critique of behaviorism and a tribute to individualistic principles.

Many critics regard Annie Hall as, not only Woody Allen’s best, but one of the most influential romantic-comedies ever produced.  The dialog is memorable and the characters are fully fleshed out. Allen himself fills out as he brings a complex and complicated nuance to the storyline.

A great deal of emphasis is placed on subtext and emotional characterization as the subtle themes of  the necessity of love, identity and the nature of art are explored.

Steven Spielberg’s exploration of one of the most horrific events in history is a masterpiece because it manages to show grace, mercy, elegance and beauty in the madness of the times. Simultaneously, viewers are never given the chance to focus on the positivity because the truth about the horror is front and center from the beginning of the film to the end.

The nightmare of the Holocaust comes into focus as people who never did anything to anyone are forced to endure an endless chain of terror and suffering on a massive scale. Schindler’s List took a story about one man’s willingness to save condemned people and successfully used it as a backdrop to educate the world about the horror of the Holocaust.

Gone with the Wind

There are many reasons that Gone with the Wind is the highest grossing movie of all time.  Some say that its release, in the midst of the Great Depression, offered people the escape that they desperately needed.  But that doesn’t account for the fact that, over the years, it continues to be one of the most watched movies ever.

Some of the considerations that make Gone with the Wind one of the Oscar’s Best of the Best include the film’s innovative and elaborate production design, the beautiful and historically-accurate costumes, the haunting music, the perfect casting and Victor Fleming’s amazing direction.

Finally, the movie is beloved for its exploration of the universal themes of survival, courage in times of crisis, resilience in times of difficulty and the belief that “Tomorrow is another day.”

The 1942 Casablanca may have been the right movie at the right time but the elements that made it into an Oscar winner – themes of love and loyalty – make it a timeless treasure. The casting of this film was perfect and even though none of the film’s main actors won for their portrayals, the Best Director and Best Picture wins say it all as they capture how the crew came together to produce a memorable and meaningful film.

One of the highlights of Casablanca was its screenplay which contains some of the most memorable and oft-quoted lines of any movie at any time.  “…here’s looking at you kid,” “…play it again Sam” (which is a bit of a misquote but follows the main thrust of the line), “…we’ll always have Paris” and many more.

Finally, the inner struggles of Rick and Ilsa as they focus on doing what’s right while suppressing their own feelings inspire and stir viewers as much now as it did over 70 years ago.

In 1989 Rain Man won for Best Picture, Best Actor and Best Director. The film, which explored the relationship between two brothers – one of whom was an autistic savant – explores the evolving relationship as Charlie Babbitt learns to view his autistic brother Raymond as a friend.

This is a movie about acceptance. It’s a theme that has never been more appropriate than today when bullying and intolerance have become the order of the day.  The direction is perfect and the acting by both Dustin Hoffman, who plays Raymond, and Tom Cruise who plays Charlie can make even the most callous viewer contemplate what families and relationships really mean.