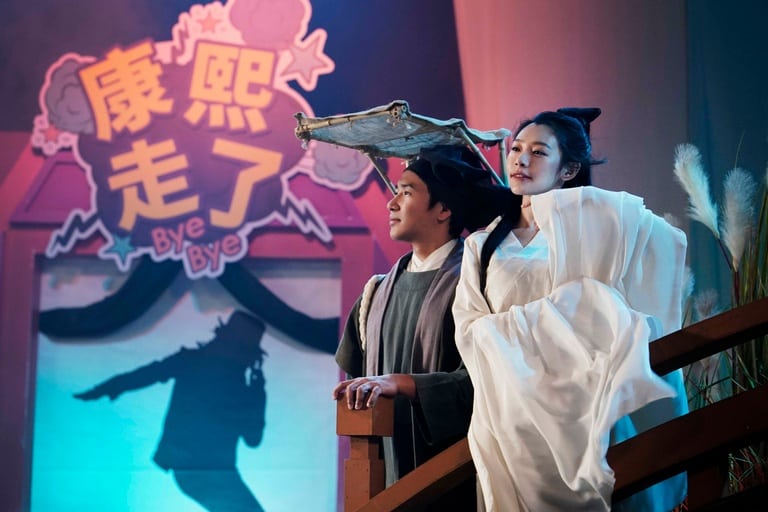 It’s a big time of the year for fans of innovative and unique cult cinema, when a selection of the best films that fall under this are shown at the New York Asian Film Festival (or NYAFF).

For those who can’t get a NYAFF ticket, though, it’s the time of the year when we have to look longingly at the lineup, in the unfortunate knowledge that most of the festival’s fare won’t ever make it to the multiplex screens.

Every film is really worth a look, but with western distributors deciding there’s not enough room for all, here is a rundown of NYAFF 2019’s films that we would most like to see reach our shores, in descending order of likeliness that they will:

Singapore gets in on the zombie game (this is the first film with this subject matter to come out of the country), but put a unique spin on the genre – having a mis-matched serious army officer and his lazy subordinate team up to fight off a sudden zombie outbreak.

Of course, it’s a horror sub-genre that’s hard to miss all the right beats, but its set-up, reminiscent of 2018’s cult hit One Cut of the Dead, and humour lifts this film above the pile to become an intriguing must-see.

This film looks to be in the same vein as The Shallows and Adrift, with a minimal cast in a single location – in this case a young couple who find themselves afloat in a swimming pool with no one around and the water level receding – but with the seriousness tone of those American films substituted for increasing tension and a lot of surprise twists.

This has one of the highest pedigrees of all the films in the 2019 selection, directed by Bernard Rose, who previously helmed Candyman, with an original scored by Philip Glass (Koyanisqaatsi) and featuring a cameo from Danny Huston.

Beyond its personnel, Samurai Marathon brings together a lot of interesting elements – a training exercise mistaken for an uprising and the rebellious daughter of an imperial lord caught up in it – in what promises to be an exciting addition to the staple of Japanese cinema.

Martial Arts fans will be right at home with this Indonesian entry that follows student Wiro (Vino G Bastian) on a quest to stop the villainous Mashesa Birawa (Yayan Ruhian) – the killer of his parents – from usurping the throne.

It looks great and promises plenty of high-energy action, in short it ticks all the right boxes for devotees and the uninitiated alike. Fun fact: Bastian’s father, Tito, is the author of original novel the film is based on.

Billing itself as “the biggest farce in the history of Japanese cinema” gives an idea of the eccentric, self-deprecating tone and presentation of this adaptation of the manga from Mineo Maya.

It’s flamboyant look is one reason it’s worth a look. Its surreal, high-concept plot – a boy who resembles a girl and a girl who looks like a boy fall in love despite being from different warring Tokyo prefectures – is another, among many.

Kim’s film, which got a warm reception at the Berlin Film Festival, looks to have elements of Studio Ghibli, as the lines between fantasy and reality become blurred for a sister and brother who find themselves brought into another world by kokdu funerary idols come to life.

Making special use of the gugak musical style, Kodku would appear to have a lot of whimsy and fantasy, but with a serious tone underlying beneath the exterior.

We’ve seen plenty of films of people with terminal illnesses finding a new lease on life in the time they have left. This isn’t one of them. Mirai has his life saved after generous donations from the community get him the care he needs, but he then feels the pressure from those around him to make saving his life worthwhile.

Moon has taken a story told so often it that has become cliched into all-new territory, making it an exciting prospect and one of the marquee films of this year’s NYAFF.

This film follows Korean school girl Yu Gwan-sun from her time in prison to emerging as a prominent leader in the March 1st Movement which called for an end to the rule of imperial Japan. Cho’s impressive production recreates an fascinating piece of Asian and brings it to wider audiences, with Go Ah-sung (Snowpiercer) putting in what could be a start turn in the central role.

At first glance, Jam appears to be part Oldboy, part Magnolia, part 48 Hours, with its plot that sees the lives of a vengeance-seeking ex-con, a good samaritan with a girlfriend in a coma and a struggling enka singer intertwine more and more. It’s an interesting concept that mixes tried-and-tested elements with some all of its own.

Taiwan’s answer to the cult American comedy UHF sees the owner of a TV station promotes inept interns to head programmers, in the hope of lowering the channel’s ratings and value so he can find someone to buy it for cheap. However, their new shows become unexpected hits and the channel becomes a big success.

It’s a Mad Mad Mad Mad World sets itself apart a field of high drama and gritty action by just looking like a lot of fun.

The full NYAFF festival lineup can be found on the official NYAFF website.