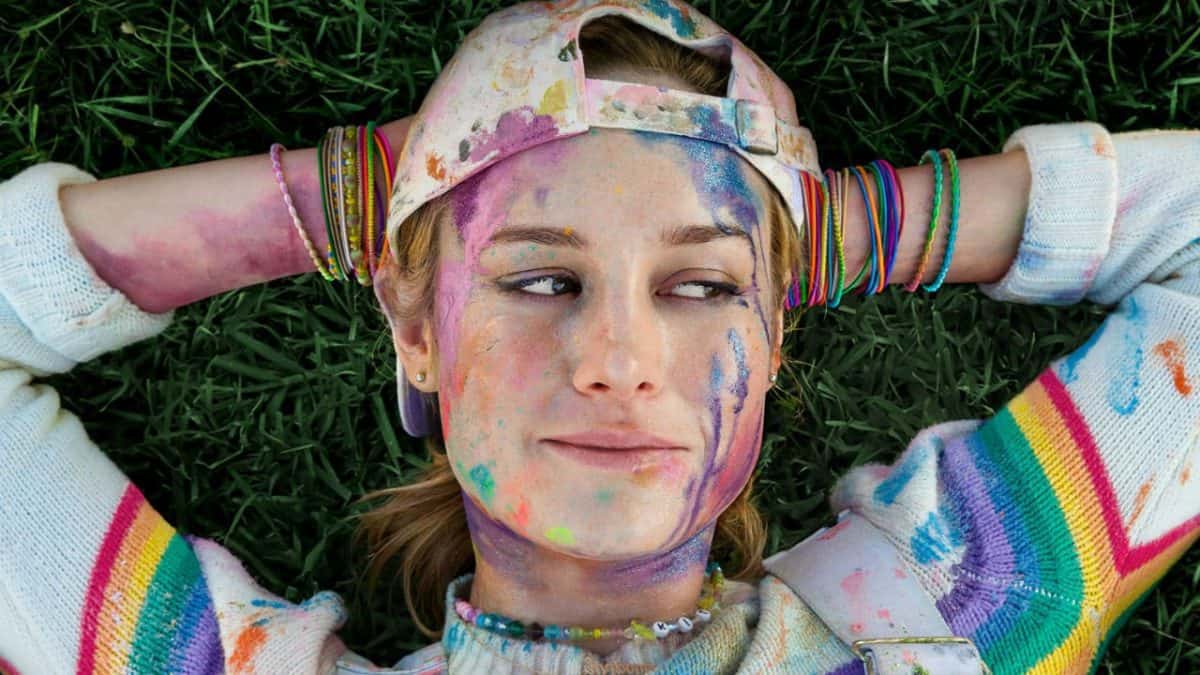 Kit (Brie Larson) is bored with her life. She sits at home all day watching TV in her parents’ living room and thinks about all the failures that have happened in her life. The dreams of what could have been have gone unfulfilled but after an intervention from her parents she is determined to do something – even if it’s just to please them.

After seeing an advert on TV, Kit applies for a job as a temp in an office and is soon approached by the rather creepy vice president, Gary (Hamish Linklater). Gary also (not so subtly) suggests that if Kit does everything he tells her he can see big things in her future (for example, him). Then one day Kit gets an invitation from a place simply known as ‘The Store’ and after some careful thought she decides to go along, after all what’s the worst that could happen?

At ‘The Store’, Kit is greeted by The Salesman (Samuel L. Jackson) a flamboyant, eccentric and carefree man that says that if she can prove herself then she can have anything that she wants, even a unicorn. So, Kit goes about making preparations for her new unicorn’s arrival but whilst getting everything ready she starts to learn more about herself and the life that she really wants.

Unicorn Store is the directorial debut from Brie Larson and unusually for a feature debut by a Hollywood star, Larson’s movie takes the guise of a quirky indie comedy rather than an epic blockbuster that puts her front and centre. As the film goes on, Larson’s characterisation doesn’t pass judgement on Kit where other movies would, telling her to let go of childish things if she wants to make her way in the world. Instead the movie is about embracing the person you are as well as making a life for yourself that you can be truly happy about.

The movie is about being an adult but not forgetting that sense of wonder and imagination that makes a person who they are. The messages will no doubt resonate with women as the film talks about how a woman can struggle to be taken seriously and still maintain her femininity whereas a man can still be a geek and treated equally. Although personally speaking, as a geek in his mid-thirties there’s often a time and a place to be seen wearing a Star Wars t-shirt so in a way I can relate to the message.

At times, it may seem that Samantha McIntyre’s screenplay may be a little heavy handed when signalling the male stereotypes but Larson’s performance never makes Kit into somebody unrealistically naïve as she manages to maintain a hopeful outlook on life. It could even be that some audience members wish they could get back the view of the world that Kit still keeps so close to her heart whereas reality is so much uglier.