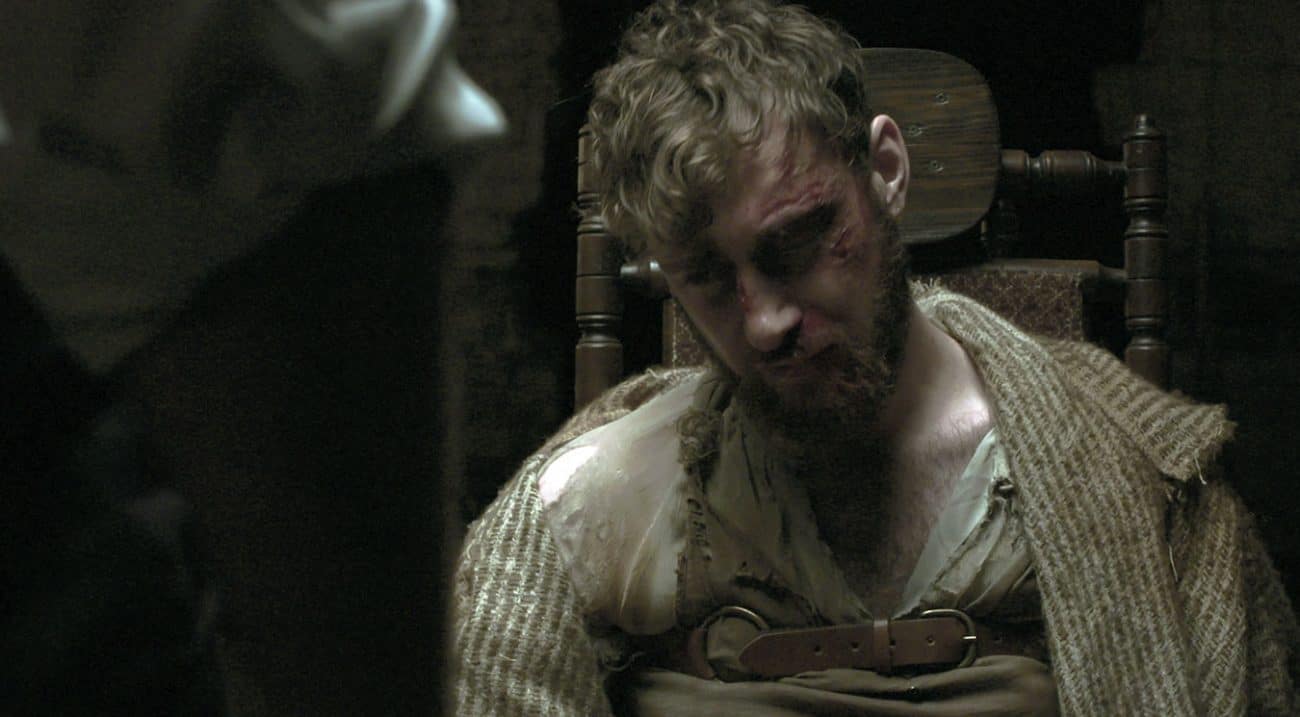 ‘With micro-budgets, you need scripts that can be shot in one day, in one location, with a small cast and crew, and very little money. So, that was the challenge I set for myself. One room, two people are sitting at a table, write a story with a beginning, middle and end.’

That quote comes from Lorcan Reilly, the writer and creator of the award-winning short film Baghead, and it’s fair to say that the simplicity of the production, whether a financial decision or not, is a key factor behind the film’s success.

Reilly actually won the £3000 budget thanks to a funding initiative for independent filmmakers, and the film’s singular location takes place in the basement of your typical pub. While some like to use drink by means of drowning their sorrows and perhaps searching for answers, Baghead follows similar themes, with our central character, Kevin,  paying good money to see the ‘witch’ downstairs, and to ask questions only the dead can answer.

Set almost entirely in the pub’s basement, this is an incredibly atmospheric piece of horror filmmaking. Director Alberto Corredor makes good use of patient camerawork and interesting lighting to create a chilling mood, and the film’s sound design is nothing short of top-notch, complimenting an already uniquely disturbing score from Hollie Buhagiar.

The story is full of despair and uncertainty, feelings which translate to the viewer exceptionally well. The viewer will feel a great sense of discomfort as they watch the narrative unfold. As it becomes apparent what exactly it is that has brought Kevin to see ‘Baghead’, the film gradually begins to move with a spine-tingling intensity that is far more difficult to create than it may appear.

Oliver Walker’s central performance is as convincing as it needs to be, while Natalie Oliver also does great work, and Julian Seager steals the show, with his comical remarks offering a successful breakaway from the tension at the heart of the narrative.

The film’s technical aspects are, on the whole, oustanding, complete with superb make-up and practical effects that will make you nostalgic for the filmmaking of old; effects that truly bring the film to life.

It’s not difficult to see why this film has attracted such praise on the festival circuit. Despite the low-budget, there is something impressively professional about the filmmaking involved. It’s technically impressive, well-acted and executed, armed with a great deal of suspense and anticipation for a film of just 15 minutes in length. Despite the short run-time, the film is in no rush to reach its conclusion, with the filmmakers clearly keen to keep their audience on the hook for as long as possible.

Baghead is an expertly-crafted, atmospheric and unpredictable film, helmed by filmmakers with a clear passion for the art form. It’s as cinematic as it is discomforting, and it’s worthy viewing for any genre lover.