The ‘Special Relationship’ On Film 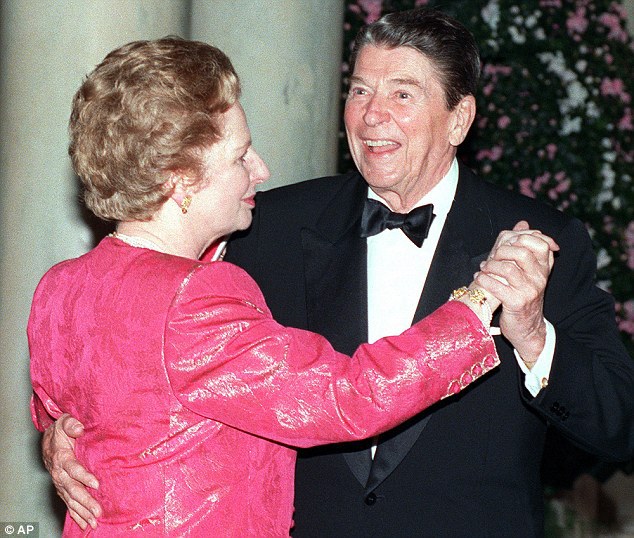 On February 16th, 1944, ahead of one of the biggest turning points in World War II -the Normandy Landings- British Prime Minister Winston Churchill said it was his “deepest conviction that unless Britain and the United States are joined in a special relationship… another destructive war will come to pass”. Since then it’s fair to say that said relationship has had its ups, downs and various controversies.

The world of cinema has not missed a second of it, adapting its most fascinating moments to the big screen.

The latest is World War II drama Churchill, in which Winston Churchill (played brilliantly by Brian Cox) and President Dwight D. Eisenhower’s (John Slattery) tussle for control over plans for the D-Day Landings represent a microcosm of their countries’ broader relationship. With the DVD and Blu-ray out on October 16th, there’s no better time to look back at some of the best films to have given their take on this ‘Special Relationship’.

Armando Iannucci’s ferocious and satirical take on Anglo-American political relations is as hilarious as it is thought provoking. Loosely based on Iannucci’s BBC sitcom The Thick of It (2005-12) –and including a reprisal of Peter Capaldi’s vicious, demonic, swearing mastermind of a spin doctor Malcolm Tucker from that very show- In The Loop looks at the political handling of a national crisis in the form of an unspecified Middle East war.

Particular focus is given to the crucial role played by behind-the-scenes string-pullers on both sides, as well as an abundance of political impotence. This mockumentary satire punches as hard as it tickles, and as the crisis unfolds and the political string-pullers start flapping, we are left wondering how true-to-life these characters are…

Frost/Nixon brilliantly documents the time when a British late-night TV show host by the name of David Frost (Michael Sheen) interviewed the most controversial president to ever take office; Richard Nixon (Frank Langella).

Set in 1977, a full 3 years after Nixon resigned from office in disgrace, the former president agrees to an interview with Frost who he is certain that he can hold his own against, with even Frost’s own people not quite sure their boss was ready for such a high-profile challenge. However when the cameras rolled, what emerged was an unguardedly honest exchange between a man who had lost everything and another with everything to gain.

Quentin Tarantino’s second world war-western very much focuses on a rag-tag group of Jewish, American soldiers, banded together by the shared passion for scalping Nazi’s. But to pull off their pièce de résistance of foiling German plans, they require the help of their Brit allies in the form of the much caricatured Mike Myers and Michael Fassbender, who they use in an attempt to infiltrate the Nazi camp to uncover key info.

The relationship is shown to be slightly frosty when they first meet, but eventually the Brits and the Yanks put aside their differences to focus on a shared enemy. Very much a specified example of the relationship in general, we feel.

This Oscar-winning documentary about hero/traitor (depending where you stand on the matter) Edward Snowden explores a much darker side to the ‘Special Relationship’ and what can happen when the partnership goes undercover. Directed by Laura Poitras, who was several years into making a film about surveillance in the post-9/11 era when she started receiving encrypted e-mails from someone identifying himself as “citizen four”, was ready to blow the whistle on the massive covert surveillance programs run by the NSA and GCHQ.

In June 2013, she flew to Hong Kong to document a meeting with the man who turned out to be Snowden, and the film that resulted from this turns into a gripping real-life thriller of Snowden attempting to escape the wrath of the panic stricken US and UK surveillance agencies.

Roland Emmerich’s The Patriot takes a step back in time to look at a period before the British/American relationship started to blossom, and the revolution that pre-dates any kind of amicable co-operation. The film follows Mel Gibson’s farmer, Benjamin Martin in South Carolina, who joins the fight against the British after his son is captured and sentenced to hang, and *spoilers* the revolution ends up being pretty successful, and the red coats limping back across the pond for good.

The film was the first to be made with the cooperation of the Smithsonian Institute, which advised on historical accuracy. As such, the film serves as a cutting reminder of the burning of the metaphorical bridge between the Atlantic, but also a demonstration of how a new, special bond was formed from the ashes.

CHURCHILL IS AVAILABLE ON DIGITAL DOWNLOAD OCTOBER 9TH AND ON BLU-RAY AND DVD OCTOBER 16th, 2017