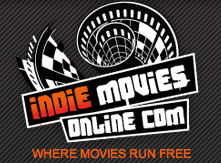 The excitement that comes with the summer blockbusters is often met with disappointment when the flaccid remake or superficially plotted material plays out. At the same time we all know there are hundreds of brilliant smaller films around that will blow us away if we find them. Some examples of these brilliant, lesser know films can be found on the excellent, and legal, free movies site – Indie Movies Online.

“Do you like foreign films?” “Oh, I love foreign films… Amelie (with the crème brulee) and La Vita e Bella (how sad!) Oh, and La Haine is kick ass!” Elevate yourself above the viewing habits of the average filmgoer and watch this quality Danish film… it’s so Danish it even has one of those ‘ø’ letters. In fact, Brødre is one of the most powerful modern war films you will see. It focuses on the emotional and psychological effects of war and the return to civilian life rather than Hollywood’s all-action, G.I. Joe approach. You might also recognise the talented lead actress, Connie Nelson (Gladiator, The Ice Harvest), who is Norweigan despite her American career. Director Jim Sheridan has already remade this incredible film with Natalie Portman, Jake Gyllenhaal and Tobey Maguire – once you watch it, you’ll understand why he couldn’t resist.

The Indie credentials for this film are unbelievable. It won the 2006 Gotham award for ‘Best Film Not Playing at a Theatre Near You’ whilst Steven Soderbergh (Ocean’s Eleven, Erin Brockovich) said, “Choking Man is everything an indie should be”. Impressive praise for this gritty socio-political drama. Choking Man analyses the effects of immigration on American society in a moving and, at points, magical way. If this all sounds a bit heavy, remember, it is directed by Steve Barron who also shot Aha’s classic partially animated music video for ‘Take on Me’. Classic!

Funny Ha Ha is a genuinely under-rated gem of a film. It could also be included in lists like ‘Best Actors You’ve Never Heard of’ and ‘Best Genres You Didn’t No Existed’ etc. Ostensibly a classic coming-of-age relationship drama (think The Graduate or Juno) with all the necessary hipster-indie touches (lazy performances, shot on 16mm film). Funny Ha Ha’s strength is the bumbling, self-effacing and utterly heart-melting performance by female lead Kate Dollenmayer. Kate is a beautiful and very talented actress who has basically made no films since. The mastermind behind the film (not to mention writer, director and actor) is Andrew Bujalski, a Harvard graduate also known as ‘The Godfather of Mumblecore’. Mumblecore is genre that needs Wikipediaring to get to grips with but it essentially if you like funny, subtle, unconventional and smart films, then this one is for you.

There have been a number of films over the years focusing on painters and their art. The Mystery of Picasso stared Picasso himself, showing the genius at work on transparent canvases, whilst Destino was a collaboration between Walt Disney and Dali – putting the artist’s Surrealist landscapes into a moving animation. And, of course, there is the first Mr Bean film, where the priceless Whistler’s Mother is sneezed upon and ruined. John Maybury’s directorial debut is probably most similar to the latter. It is a biopic of Francis Bacon, who, like Bean, was a troublesome, selfish hell raiser. Indeed, on a serious note, the reason Maybury’s film differs from most films on visual artists is that he never shows Bacon’s painting but, instead, appears to try film in the style of Bacon. The actors (Derek Jacobi and Daniel Craig – who?) are heavily made up with distorted faces and scenes are shot through the glass of a light bulb or the reflection of a crack mirror, evincing Bacon’s style without replicating it. As well as being beautifully shot, the plot is gripping, detailing Bacon’s turbulent sadomasochistic relationship with his lover. Love is the Devil is a genuine must see!

Old Joy was actually a pretty big hit with the hipster set but it is well deserving of a watch by any film fan. Lead actor is the somewhat legendary New York folk singer Will Oldham (a.k.a. Bonnie ‘Prince’ Billy) and the soundtrack was provided by indie rock darlings Yo La Tengo. The plot is quite simple – two old friends reunite for a camping trip in honour of their friend who passed away – and the dialogue is minimal. But the believable performances and gorgeous woodland scenery really give this film a special atmosphere. Oldham is joined by Daniel London, and their on screen connection is palpable. The subtle drama is made all the more effective by the screenwriter’s intelligent restraint. Old Joy is beautiful and powerful film-making that is sure to resonate with you.

This Danish film is a subtle science fiction that uses only the barest minimum of special effects to tell a powerful story. Zetterstrom (well played by Ulrich Thomsen) is a concert pianist who has never been able to find true happiness in his life, even after he’s met and formed a relationship with his dream woman Andrea (Helena Christensen). She decides to up and leave him Zetterstrom imposes a form of amnesia on himself that wipes out all memory of his life prior to her departure. At the same time the section of Copenhagen where he was born and raised undergoes a bizarre transformation , suddenly becoming cut off from the rest of the world by some inexplicable supernatural force.
Needless to say, this is not your average science fiction movie, nor is it your average tale of lost love. But by combining these two usually distinct genres into a single story, director and co-writer Christopher Boe delivered a quality movie that is both thought-provoking and haunting in its otherworldly strangeness.