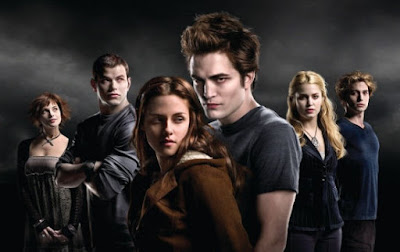 Coming to cinemas a mere seven months after the second instalment in the mega successful Twilight film series, the third instalment, The Twilight Saga: Eclipse has already been seen by much of its core audience of ravenous fangirls and the boyfriends forcefully dragged along by them thanks to advanced screenings held last week beginning with first showings at the somewhat appropriate time of midnight. And early word of mouth from these screenings has gone some way to suggest that Eclipse just may be the best chapter in the series thus far. And this is in spite of (or maybe because of) numerous changes that occurred during the production of the film, one of the most notable being the recasting of the role of Victoria due to actress Rachelle Lefevre, who played the role in both of the previous films, being unavailable as a result of the film being rushed into production for a summer release and Bryce Dallas Howard taking her place. The other major change is the director, something in keeping with the other parts of the series, with New Moon director Chris Weitz being replaced by David Slade. Slade, whose previous credits include 30 Days of Night (another vampire flick, albeit one very different to this) and Hard Candy, comes from a horror background, signalling another change of direction for the franchise after director Catherine Hardwicke’s teen drama approach on the first film and Weitz’s fantasy approach on the second. The horror approach certainly seems like an apt direction to take the franchise in, especially given some of the more horror-esque elements of this particular story, but does this truly make for the best part of the series as word of mouth this far has suggested the film to be?

Bella Swan (Kristen Stewart) once again finds herself surrounded by danger as Seattle is ravaged by a string of mysterious killings being carried out by the powerful newborn vampire Riley Biers (Xavier Samuel) and the vampire army he is building, and malicious vampire Victoria (Bryce Dallas Howard) continues her quest for revenge against her. With the forces of The Volturi – Jane (Dakota Fanning), Alec (Cameron Bright), Demetri (Charlie Bewley) and Felix (Daniel Cudmore) – just standing by and watching, it is up to The Cullens – Edward (Robert Pattinson), Alice (Ashley Greene), Jasper (Jackson Rathbone), Carlisle (Peter Facinelli), Esme (Elizabeth Reaser), Emmet (Kellan Lutz) and Rosalie (Nikki Reed) – to protect not only Bella but the whole town of Forks. They can’t do it alone, though, and are forced to form an uneasy alliance with the werewolves. In the midst of it all, she is forced to choose between vampire Edward and werewolf Jacob (Taylor Lautner) – knowing that her decision has the potential to ignite the struggle between vampire and werewolf. With her graduation quickly approaching, Bella is confronted with the most important decision of her life…

To date, this critic has been more favourable than most when it comes to the Twilight films but even I must admit that the formula is starting to tire a bit. In this critic’s opinion, The Twilight Saga: Eclipse is more like the weakest instalment in the series rather than the best as many have suggested it to be. One of the key reasons for this is the storyline. While the film apparently stays true to its literary inspiration – ensuring that the fans will be satisfied at least – it really seems to be taking a long time to actually get somewhere, the romance feeling rather dragged out as we enter the third chapter in the series. The romance is actually sidelined a lot this time around, although this proves to be something of a good thing as the side story about the formation of a vampire army and Victoria seeking her revenge seems a lot more interesting than Bella’s personal issues this time. The major problem is that this side story seems to build up to something big then goes out with a whimper. The much built up supernatural rumble between the newborn vampires and the Cullen-werewolf coalition is over swiftly and proves to be one big anti-climax, not helped by the fact that the visual effects which seemed pretty good in the last film are considerably less impressive in the bigger scale sequences on display here. Also, Victoria’s attempt at revenge is lukewarm and the resolution to the plot is over just as swiftly as the battle and even less satisfying. On top of this, the dialogue, while being at least competent for the most part, is rarely anything more, often proving obvious and occasionally being cheesy, e.g. Jacob saying to Edward: “I’m hotter than you” – there’s a double entendre for you. Of course, however, these are really problems that stem from the book the film is based on rather than issues with the film itself necessarily. David Slade’s direction is solid and he does a pretty good job with the horror aspect of the film – the Twilight series is following in the footsteps of the Harry Potter films in getting darker with each new instalment, this certainly being the scariest of the three films (not saying much really) – but he proves less adept at the romance side of things. Some attempt is made at fleshing out certain key characters, with flashbacks providing insights into how both Jasper and Rosalie became vampires and how the blood rivalry between the vampires and the werewolves began. Also, the performances are mostly of a good standard. Kristen Stewart, Robert Pattinson and Taylor Lautner are all just as good as in the previous film and their chemistries are just as strong, even though they display little in their performances that they haven’t before. Bryce Dallas Howard is a worthy replacement for Rachelle Lefevre, even though she lacks the fiery passion that she brought to the role. Xavier Samuels is fairly menacing, if woefully underused, antagonist and Dakota Fanning is perfectly sinister but just as little seen as in the last film. The performers in general are good enough to ensure that the film proves to be plenty watchable and there is enough action, romance and humorous moments (mostly related to everyday teenage issues) to ensure that the film proves enjoyable. Additionally, Taylor Lautner has his shirt off for much of the film ensuring that the bloodthirsty teenage girls will be fully satisfied. In fact, the Twilight fanbase are virtually guaranteed to love this film despite all its flaws. However, it is clear that rushing the film into production for a summer release was not a wise move and anyone else will wonder what all the fuss is about as, while being a decent film, The Twilight Saga: Eclipse suggests that there may only be limited life span to the franchise. Clearly, The Twilight Saga is not immortal like the vampires that exist within it.