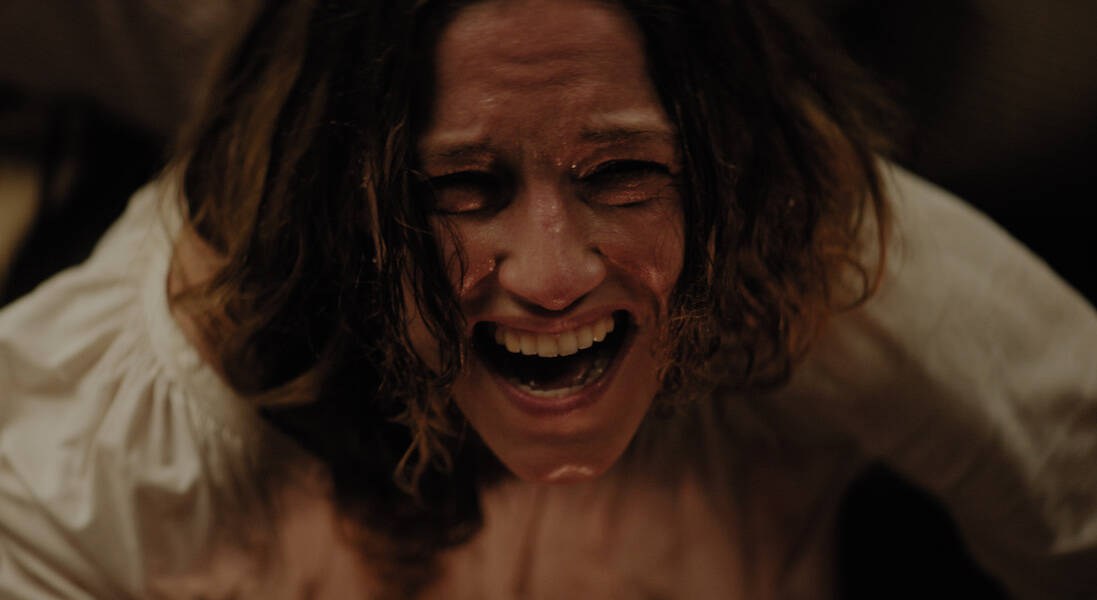 This atmospheric horror-western is an accomplished and assured debut feature for the duo of director Emma Tammi and writer Teresa Sutherland.

Setting spooky gothic traditions in the western frontier of the late 1800s, The Wind stars Caitlin Gerard (Insidious: The Last Key) as Lizzy Macklin, a woman haunted by her past and stalked by an evil presence that possesses the land.

Gerard carries the narrative with a stout performance, her character striving to survive almost entirely alone with her oft-absent husband and her own demons for occasional company. Deftly wielding the supernatural and psychological to conjure a chilling air of dread, Tammi and Sutherland also weave in whispered social commentary on gender, hysteria and colonialism.

Yet it’s the few overt genre beats that the film stumbles over. When The Wind occasionally strays into James Wan territory it feels incongruous to the film’s tone and aesthetic, and it’s the subtler, more insidious scares that provide the deeper shivers.

Tammi skilfully summons an oppressive sense of isolation, with little but the wolves and wind to echo around the desolate landscape. Haunting violins sporadically howl in discordant harmony with the grumbling, rumbling thunder, while cinematographer Lyn Moncrief beautifully captures that dusty dusk light of the American west.

It’s a shame, then, that there has been so little opportunity to be immersed in a big-screen experience. Robbed of a theatrical release, we’ll never know if The Wind may have found a cinematic audience amidst the mini folk-horror resurgence pioneered by The Witch and recently furthered by Midsommar and Gwen (both of which played across indies and multiplexes this summer).

Nevertheless, The Wind was screened at Arrow Video FrightFest on 23rd August, before its release on DVD and digital through Signature Entertainment’s FrightFest Presents label on 2nd September.

Having previously written for Junxion17 and The Big Issue, Ben is now a film PR & Marketing Manager. When he's not watching or working on movies, Ben plays guitar in his band Ghosts As Alibis.