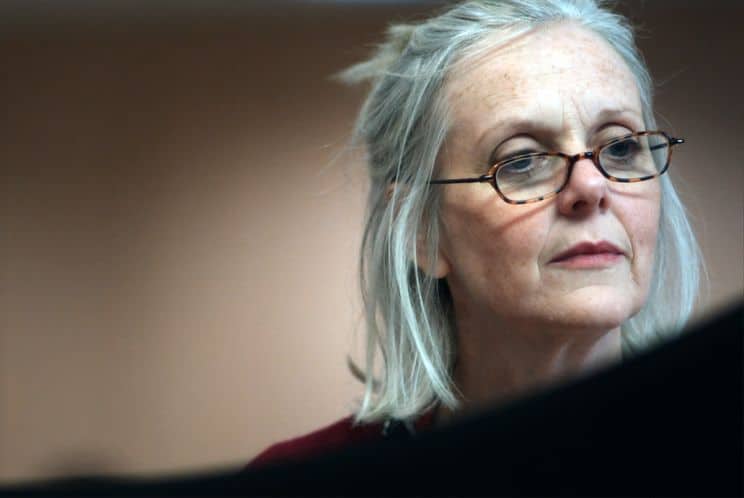 ERA (Equal Representation for Actresses) is a movement of actresses in the UK set up in 2015 by actresses Lizzie Berrington and Polly Kemp. We spent some time with Polly.

Where did the idea for ERA5050 originate?

At the end of 2015 after the publication of the Geena Davis Institute report Gender Bias Without Borders, (a gender report on 800 films across 11 countries including the UK which found that women occupied 30.9% of the speaking parts, a stat of roughly 2 men to 1 women, and made up on average, only 17% of crowd scenes.) I received a forwarded message from actress Elizabeth Berrington which she’d sent out to all her contacts in her phone.

In it she expressed frustration at the findings in the report and felt it reflected our experiences in the UK – a lack of parts for women and particularly for women over 40. (Other research found, from an analysis of film dialogue across 2000 screen plays, that women between 32-41 spoke 18 million words however for men in the same age range, 33-41, they spoke 44 million words, 26 million more. Men between ages 42-65 had 54 million words as opposed to women in the same age range, reduced to a mere 11million)

I responded to her message with an equal level of frustration and so we decided to meet. Over a coffee we thought that we should initially hold a meeting for the women who had been in the mailing list and see what their feelings were. It quickly became apparent, at that meeting of about 50 actresses, that for most the feelings were the same. Not enough work, lack of pay parity, over sexualisation, often portraying victims of violence and decreasing opportunities to work after 40 in TV, film and theatre.

And mostly because we are half the human race and we are under represented at every point from key creative roles to on stage and on set. At that meeting there were a lot of women who had never been off the telly in the 90’s however they were now struggling to get a job at all. Whereas the same couldn’t be said for their male counterparts, who bob along from one great supporting part to another managing to sustain a career and economic security way beyond 40 in a way that women just can’t.

Also we talked about the expectations for women having to remain thin and youthful to get cast in lead roles whereas men could be cast in any role regardless of size, shape, greying hair or even baldness. It was clear to us there was a problem summarised by a lack of parts & lack of agency for women. We took this as a mandate to go ahead and form a grass roots organisation that could operate on a single agenda – that of fighting to achieve parity in numbers, agency and pay for actresses across UK film, television and theatre.

How did your acting experiences inform the creation of ERA?

When I trained I had my expectations managed from the get go – the male dominated faculty made it clear that it was unlikely I would work as much as the boys in my year. This was reflected in their choice of plays which were mostly 16th,17th,18th and 19th century classics where women’s parts are limited and few. I felt fairly aggrieved by their choice of plays for us and how it favoured the men rather that the women, however the regime at my drama school was tough and they threw people off the course at the drop of a hat.

I had to weigh up the value of being outspoken and jeopardising my place or keep quiet and get through to graduation which was one of the only ways to get agent representation. They had already told me half way through my second year that if I didn’t lose weight they couldn’t offer me anything in the 3rd year. I was a fairly healthy 12 stone at that point and terrified to lose my place I ‘dieted’ till my weight, at it’s lightest, dropped just below 7 stone. I was applauded by the ballet teacher because she could see my ribs and not one other person in the teaching faculty was in the slightest bit concerned as I faded away. They were of the opinion that for me to succeed I needed to be thin.

At point of entry for women it’s not too bad – there are more parts for that age group however they are never as epic or magnificent as male contemporaries and in my case, as someone who was neither blonde, tall or willowy, television wasn’t a natural fit. I did mostly theatre for my first 5 or so years with only one women director out of all the shows I did. Never the lead but as a supporting character actor. As I progressed I hit a sweet spot in my 30’s/early 40’s and moved in to telly however the parts I got were again, never that brilliant, I was pushed into a supporting category so opportunities to progress were limited and I couldn’t make the kind of money that gave me the economic freedom to pick and choose roles.

I ended taking parts just to pay the mortgage that didn’t really enhance my CV. Lead roles for women were/are far and few between and competition is enormous, being a particular physical size and shape means that the window of opportunity gets even smaller and as you age. Roles begin to disappear and CV’s begin to dwindle which makes getting that next audition even harder. I find myself over 50 often auditioning or playing woman who look and sound much older than my actual age and the ones I’m offered are rarely exciting or career defining.

My experience is shared by many of my contemporaries and it feels like we’ve been let down by an industry that we helped to create through our 20’s and 30’s but chucks us out on our ears once we get past 40. In short it feels like there is an extra hoop for women to jump through that’s unfair and less true for men – competition is greater because there are less parts and those parts that are available have the added limiting factors around appearance, size and age.

Thirty years of navigating an industry being subject to these limitations has meant that by the time Geena Davis released her findings and people were speaking up about bullying and sexual harassment it seemed the next natural step – to create ERA 5050, and the moment we did, there was a tremendous response from the acting community which showed that my feelings were shared by many.

Recently I worked on a film with a female director, female producer and team of female writers. There were loads of parts for women and as a result it felt super collaborative, creative and safe. The director had a level of kindness, patience and empathy I have rarely experienced. That is not to say that I haven’t worked with a lot of lovely men however being on this set where it was, for once, predominantly female I suddenly realised that this is most men’s experience of work in the industry and how empowering that felt. Unconscious bias informs who gets the job and if the producers and HOD’s of all departments are predominantly white and male it’s a no brainer that that’s who gets the job. We need to challenge this and ensure that jobs, at all levels on stage, TV and screen are equally available to both men and women and that giving a woman a job isn’t a risky choice. We’re great and equally able.

ERA is all about helping increase awareness of the lack of women in key creative roles – directors and writers who are key in increasing numbers of women on screen, on set and on stage. More women of all backgrounds and ethnicities make for safer, more dynamic workplaces and creative content. My hope is that for the next generation things will be very different and that all actors, both men and women, feel there are a wide variety of opportunities open to them regardless of gender. My hope is that as a campaign we begin to work harder to raise awareness around age and support those actresses who have effectively been managed out of the industry after 40, and encourage more gatekeepers to employ older women in an exciting range of parts and not just in the background wearing a cardy!!