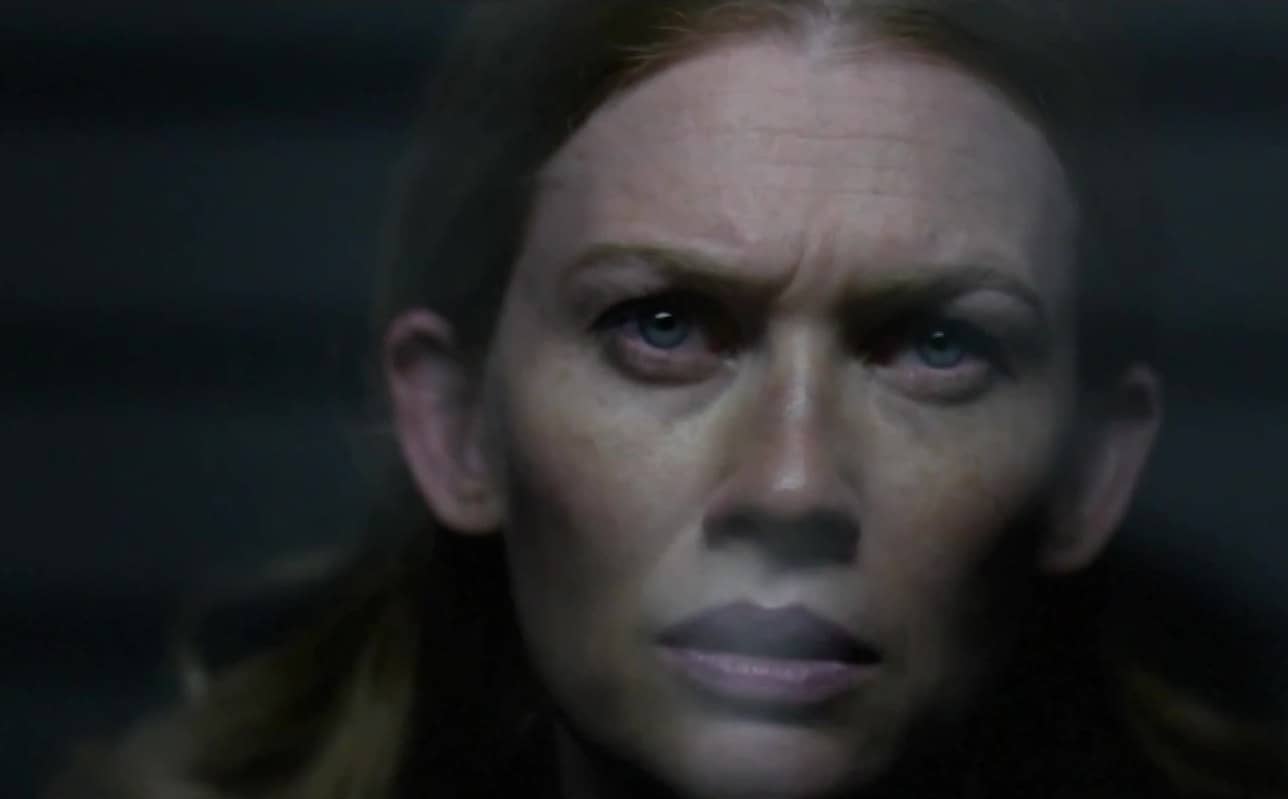 Never Here is a twisted tale, with confusion at its heart. The story follows an artist, Miranda Fall (Merielle Enos), who becomes embroiled in a police investigation of an attack that occurred outside her street. The victim is her interviewer, who was in her apartment that morning. And when she recognises a person in a line-up to be a man who was present at her exhibit, these details become too irresistible for her to investigate and explore.

It’s a tale of shifting perspectives and blurred boundaries. Things get dark, and secrets come to light.

The premise is presented at the beginning in an exploitative interview where the artists speaks of seeing life through prisms, such as phones, computers, even handbags. The freaky camerawork push forward the story-line of confusing viewpoints, with perspective frequently shifting through clever cuts and shadows. The artists begins to become increasingly paranoid as she chooses to investigate the attack herself, even though her old friend and on and off lover, a cop on the case, tells her it was closed. She seems intensely invested in invading everyone’s privacy, and the movie explores the effect of the cosmic karma this might cause. One of her exhibits is entirely made from a phone she found on the street, exposing his entire life for the profit of her own gallery. The fact that the man in question shows up and strongly condemns her, gives her a sense of unease and craving for the rest of the story that intensify her character and give good justification to her choices.

The dark lighting enhance the effect of the movie, which is a winding, if at sometimes slow thriller.

The film is more concerned with disorienting the viewer than it is keeping the story’s momentum. As the plot grows more and more twisted, it’s enjoyable, but sometimes the weirdness of the story becomes just … too weird.

Enos is a great actress, and she embraces this role with fervour. Her previous work in The Killing proved her to be a strong and silent hero, enjoyable to watch with her intensity. Here, the airiness of her demeanour sometimes result in strange delivery of what is ordinary lines; the characters interrupting each other lend more to jarring dialogue than naturalistic conversation.

This enigmatic thriller is a good one. It keeps you guessing. The lack of trust, privacy, and the unknown combine with interesting techniques that take you from scene to scene, day to day, climb to climax. A satisfying story and good acting keep this twisty thriller spinning nicely.

Lauren is an Australian who recently made the move to London, and she's interested in absolutely everything! She has a Business (Marketing)/Arts (Film & TV, Drama) degree, Lauren likes reading, writing and learning more about this great wild world.