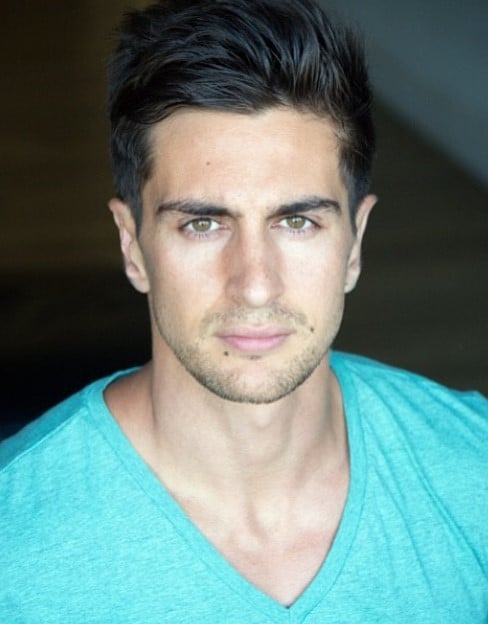 BRWC: When did you realise you wanted to be an actor, and what inspired you to take the acting journey?

Hi BRWC, it’s a pleasure to meet you and do this interview. I’ve always been intrigued by acting since I was a little kid. I would watch movies and think about how fun it would be to be those characters. I never want to ever have any “what if” thoughts in my life, so I knew I had to pursue my dream and I moved to Los Angeles.

BRWC: How did your family react to the news you wanted to be in show biz and head to Hollywood?

They were worried at first. Los Angeles is a big city so of course they were scared about if it would be dangerous and if I would get caught up in the wrong scene and so on. At the same time, they were very excited for me and very supportive. I feel very thankful to have a family that supports my decision to follow my dreams. Now they definitely love it because they can visit whenever they like and just stay with me. My ultimate goal is to move them all out here, so we can be closer. That is the hardest part about the business is being away from my family.

BRWC: Your film ‘GLASS JAW’ is set to release next month. How would you describe the film for people who are yet to find out about it?

I love this question actually. When I describe ‘GLASS JAW’. I always say this. Imagine if ‘ROCKY’ and ‘THE FAST AND THE FURIOUS’ had a baby and their best friend was ‘FIGHT CLUB’. That that would be ‘GLASS JAW’.

BRWC: Not only are you the films lead actor, but you are also the main producer on the project. Can you tell us some of the highs and lows of Hollywood filmmaking today?

Ummmm another GREAT question!!! Well let’s say this, it was very hard. The hardest part is I wish I could have honestly just shown up on set and only care about my scenes and acting. But no, I literally was so exhausted and didn’t sleep at all during production. We were running out of money, so I would be on set making calls to make sure we have money for the next day and our director Jeff Celentano would come looking for me to rush me on set. I eventually got tired of raising money, so I just pulled out a lot of credit cards and maxed them all out. I had to do what I had to do. Making an indie isn’t easy and I learned a lot. I was the hub of all the information so whenever there was a problem, it came to me. The best decision I made was having so much experience surrounding me. We had the best team I could have ever dreamed of.  For the next film, I hope to work with them all again, but next time I hope to have a little more money so that I don’t have to wear as many hats and focus more on just showing up as an actor. I can’t stress it enough. I feel so fortunate and lucky to have the team we did for ‘GLASS JAW’ and I am very thankful for them. ‘GLASS JAW’ turned out better than I ever imagined because of them. The biggest high was seeing an idea manifest and become a reality. I honestly still can’t believe it.

BRWC: You’ve already worked with some very talented people, including the cast of ‘GLASS JAW’. Is there anyone on your bucket list of actors to cast on your next project?

Thank you! Yes, we are blessed with the cast on ‘GLASS JAW’. That’s another cool part of filmmaking. Seeing characters come alive and actors make them their own. Everyone did GREAT! Well, I didn’t have to think too long to answer this question. My dream would be to work with Al Pacino. So, if you have any contacts to him. Let him know! Ha, but seriously … that would be legendary! I look at him as such an iconic actor. I don’t think he’s ever been in a movie that I didn’t like and to work with him would be epic. BRWC: What’s up next for you?

Well, now we are starting our next film ‘GREED’. We plan to start pre-production this year, right after GLASS JAW releases everywhere in November. With each film, I want to deliver a good message. The message in ‘GLASS JAW’ was to never give up. The message in ‘GREED’ is that as fast as you make it, you can lose it. So, don’t be cocky or arrogant because that will be your downfall.

BRWC: Thank you Lee for chatting with BRWC. We are excited to see ‘GLASS JAW’ and much more from you in the near future.

Thank you for the great questions! Can’t wait for you, and the world, to see GLASS JAW!

GLASS JAW is in theatres and on-demand October 26th, 2018, with the DVD release following on December 4th.