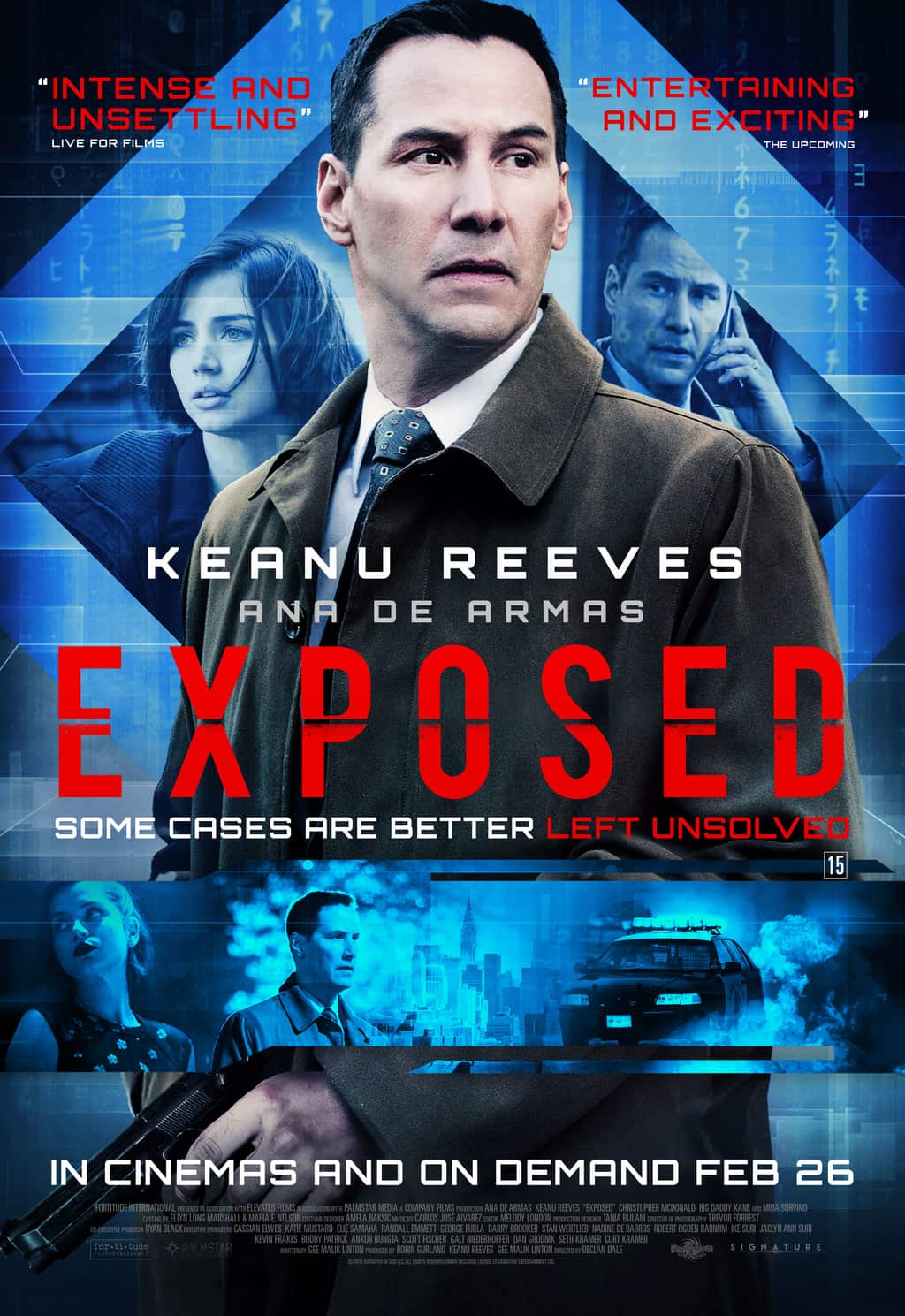 Exposed starring Keanu Reeves arrives in Cinemas and On Demand from Friday 26 Feb and we wanted to share with you a brand new poster and new clip below.

In this tense crime thriller, New York City Detective Scotty Galban (Keanu Reeves: John Wick, The Matrix Trilogy) investigates the brutal murder of his partner. Among the limited evidence, he finds a photograph of young teacher Isabel De La Cruz (Ana de Armas: Knock Knock, Arms and the Dudes) who he believes may also be a witness. As Galban gets closer to solving the case and finding the killer’s motives, Isabel may hold secrets of her own… New clip from the film: