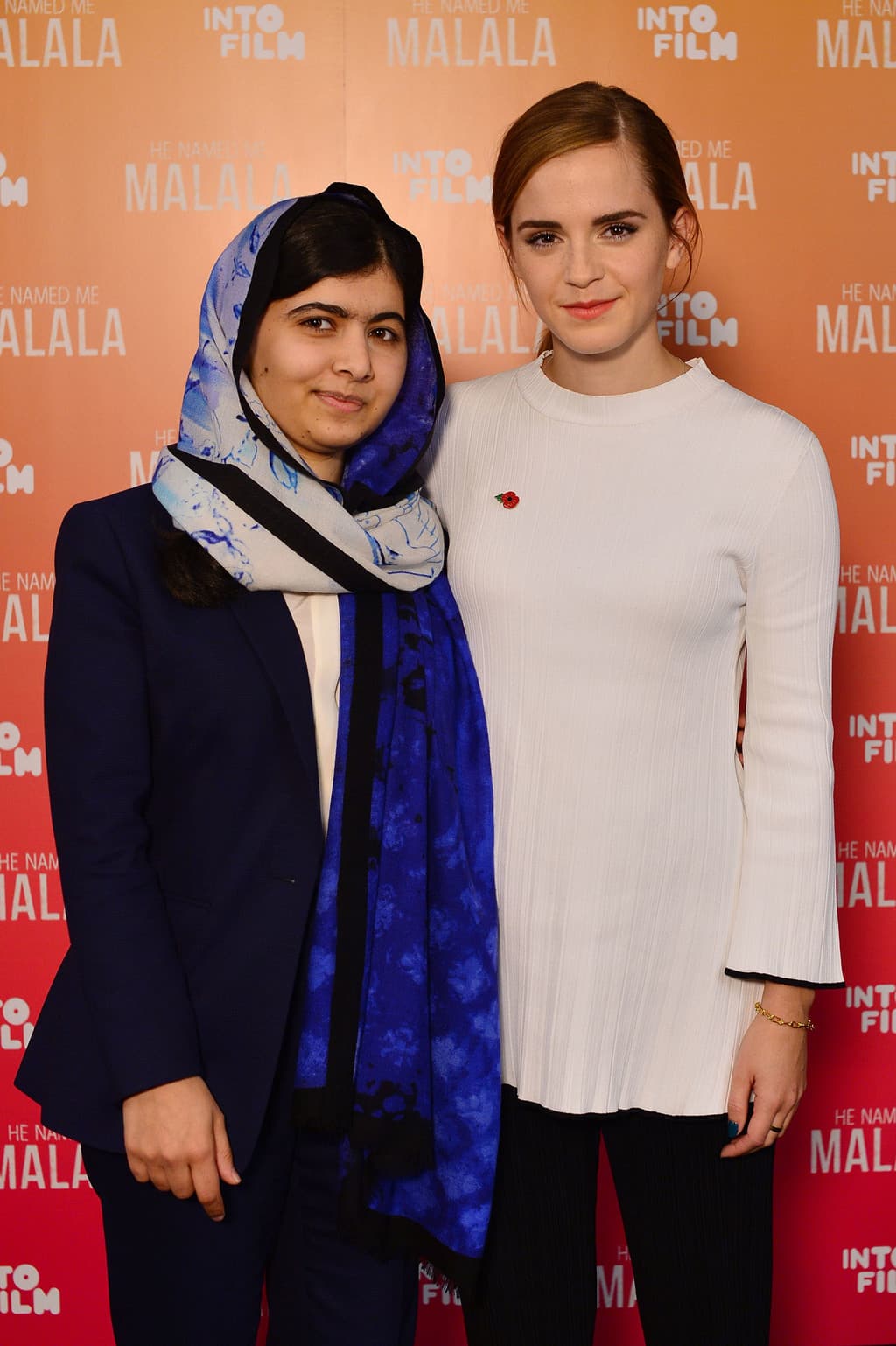 Over 10,000 school children and teachers in 80 cinemas across the UK were treated to a unique live event as  Nobel Peace Prize winner Malala Yousafzai discussed her life and campaigning work with the actress and UN Women Global Goodwill Ambassador,and Harry Potter star Emma Watson, to mark the opening of the Into Film Festival.

The Q & A session was beamed live via satellite from Birmingham into cinemas nationwide following the ‘Pupils’ Premiere’ of new film HE NAMED ME MALALA. The film opened this year’s Into Film Festival ahead of its release across the UK on Friday 6 November.

The Q & A opened with a conversation between the two young women which covered a variety of topics including gender equality, education and identifying with feminism as a symbol of human equality. Emma Watson also asked  Malala questions submitted by students and teachers across the UK which ranged from Malala’s ambitions for the future, her favourite teacher and her advice for the young people watching.

The full interview with Emma Watson and Malala Yousafzai is here – www.facebook.com/emmawatson/.

HE NAMED ME MALALA is an intimate portrait of Nobel Peace Prize Laureate Malala Yousafzai, who was targeted by the Taliban and severely wounded by a gunshot when returning home on her school bus in Pakistan’s Swat Valley.  The then 15-year-old (she turned 18 in July) was singled out, along with her father, for advocating for girls’ education, and the attack on her sparked an outcry from supporters around the world. She miraculously survived and is now a leading campaigner for girls’ education globally as co-founder of the Malala Fund. The film is directed by acclaimed documentary filmmaker Davis Guggenheim (An Inconvenient Truth, Waiting for Superman).

The Into Film Festival supports the film education charity Into Film’s vision to put film at the heart of children and young people’s learning, contributing to their cultural, creative and personal development. To support this, the Festival provides thousands of free film activities, workshops and cinema experiences to engage and entertain young people and educators alike. In 2014 the Festival engaged over 372,000 young people and educators, making it the world’s largest annual free film festival for young people. Into Film and the Into Film Festival is supported by the BFI through Lottery funding and by Cinema First.

HE NAMED ME MALALA is released in cinemas across the UK on Friday 6 November by Fox Searchlight Pictures. http://www.henamedmemalala.co.uk

The Into Film Festival runs until 20 November. http://www.intofilm.org/festival