The Rise And Rise Of Benedict Cumberbatch 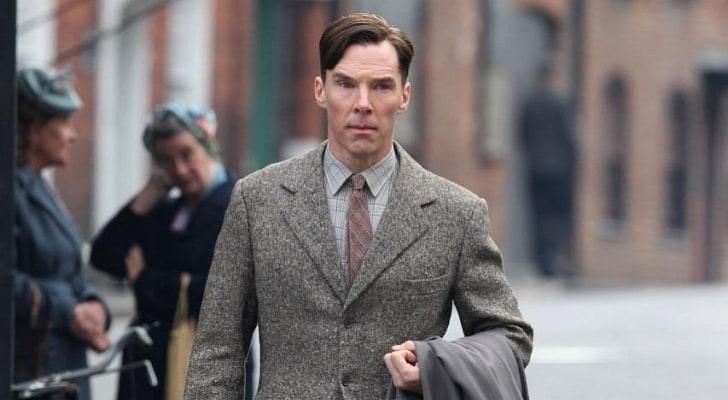 Since becoming a household name with his star-making turn as the iconic Sherlock Holmes, Benedict Cumberbatch has notched up an astoundingly impressive resume of film and TV roles. Considered one of the greatest actors of his generation, he’s demonstrated a remarkable range, and gained a hugely loyal fanbase in the process. Often cited for having a startling aptitude for playing geniuses, his latest character is no exception, as he takes on the role of war hero Alan Turing. To celebrate the release of The Imitation Game on Blu-ray, DVD and digital download from the 9th March 2015, courtesy of StudioCanal, we take a look back at some of his most memorable roles.

Based on the true story of legendary cryptanalyst Alan Turing, this historical biopic recounts the nail-biting race against time by Turing (Benedict Cumberbatch) and his brilliant team of code-breakers at Bletchley Park during World War II. The film spans key periods in Turing’s life, from his unhappy years at boarding school and the triumph of his secret work on the revolutionary electro-mechanical ‘Bombe’, which broke the Enigma code, to the tragedy of his post-war decline following his conviction for a now outdated criminal offence. Cumberbatch garnered multiple leading actor nominations for his astounding performance, including for an Academy Award, BAFTA and SAG.

This multi-award winning historical biopic of Solomon Northup, the free black man from upstate New York who was abducted and sold into slavery, is regarded as a modern classic and won the Academy Award for Best Picture on its release. Chiwetel Ejiofor plays Northup, with Cumberbatch taking the supporting role of William Ford, a benevolent but weak-willed plantation owner who is impressed by Northup’s innovative ideas for running his plantation, but ultimately sells him on to sadistic plantation owner Edwin Epps (Michael Fassbender).

This BBC mini-series based on Ford Madox Ford’s novels was adapted for the screen by Tom Stoppard and garnered five Emmy nominations. Cumberbatch stars as the protagonist Christopher Tietjens, a conservative, deeply honourable English aristocrat who finds himself in a love triangle between his cruel, calculating socialite wife (Rebecca Hall) and headstrong young suffragette Valentine Wannop (Adelaide Clemens), all against the backdrop of WWI.

This atmospheric spy drama based on John Le Carre’s novel boasts a star-studded cast which includes Cumberbatch alongside British acting stalwarts Gary Oldman, John Hurt, Colin Firth and Kathy Burke. Nominated for three Oscars, and winning three BAFTAs, it follows ex-spy George Smiley (Oldman) as he is forced out of retirement to investigate an allegation by rogue agent Ricki Tarr (Hardy) that there is a Soviet spy operating within MI6. Cumberbatch plays Peter Guillam, one of several agents who are under suspicion.

Cumberbatch stars alongside Jeremy Irvine, Emily Watson and Tom Hiddleston in this war epic based on the novel by Michael Morpurgo, and directed by Steven Spielberg. The acclaimed drama follows young Albert Narracott (Irvine), separated from his beloved horse Joey when he is sold to the British cavalry and shipped to France. Albert enlists in WWI and embarks on a hopeful, heartbreaking journey to reunite with him, as the war rages on around them. Cumberbatch plays Major Jamie Stewart, leader of the cavalry company and a fellow soldier of Albert’s.

This moving drama stars Cumberbatch as James, a terminally ill young man who embarks on an ill-advised trip with his three closest friends, Davy (Tom Burke), Miles (JJ Feild) and Bill (Adam Robertson), to visit his favourite place on earth before he dies- Barafundle Bay in West Wales. As they make the trip, the bonds of their friendships are tested with comical, poignant results- and a wonderfully heartbreaking performance from Cumberbatch.

Widely considered to be his breakout role, this BBC series created by Steven Moffat and Mark Gatiss catapulted Cumberbatch into the mainstream, winning him legions of fans and launching him into the A-list. Taking on the titular role, he’s joined by an equally brilliant Martin Freeman as the consulting detective’s best friend and colleague, Dr John Watson, with supporting turns from Una Stubbs, Rupert Graves, Louise Brealey and Andrew Scott. Critically acclaimed and adored, Cumberbatch has won countless praise for his unique, fresh and pitch-perfect portrayal of the beloved literary character, and the show picked up three Emmys in 2014; leading actor for Cumberbatch, supporting actor for Freeman and writing for a miniseries for Moffat.

Based on the novel by David Nicholls, this British comedy follows the trials and tribulations of student Brian Jackson (James McAvoy), a working class student in 1985 who finds himself navigating the campus of Bristol University, and attempting to impress the object of his affections, Alice (Alice Eve), while finally succeeding in his lifelong ambition to win University Challenge. Cumberbatch steals every scene he’s in, demonstrating a brilliant knack for comedy as the socially inept and uptight captain of the team, Patrick Watts.

The Imitation Game is available on Blu-ray, DVD and digital download from the 9th March 2015, courtesy of StudioCanal