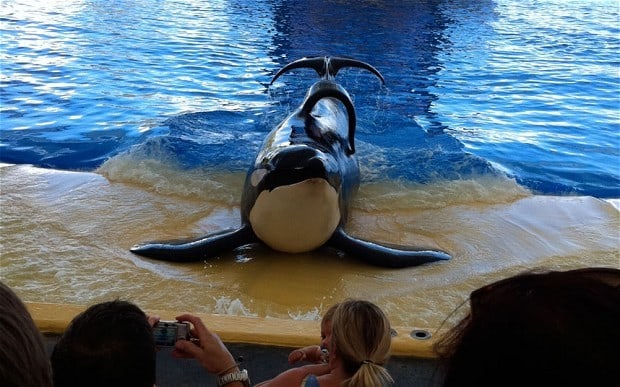 MOBY DICK is one of the most iconic whale characters of all time. Based on Herman Melville’s 1851 novel of the same name, MOBY DICK was recently made in to a television miniseries – which will be available on DVD from this Monday! It tells the story of the sole survivor of a lost whaling ship, who relates the tale of his captain’s self-destructive obsession to hunt the white whale.

To celebrate MOBY DICK being released on DVD this Monday, we’ve decided to explore other iconic whale characters across film and television.  Trailer: Moby Dick

A family film about a boy who risks everything to free a killer whale when he discovers that the whale is to be killed by the aquarium owners.  Trailer: Free Willy

The story of Pinocchio, a wooden puppet who is brought to life.  With the help of a cricket as his conscience, he must prove himself worthy to become a real boy – but ends up getting swalled by a killer whale!.  Trailer: Pinocchio

3. Luna: Spirit of the Whale

This TV movie, based on a true story chronicles the tale on an orca, named Luna, by Western media who has been separated from its family. Meanwhile Mike, a man with a troubled past does not intend on claiming his rightful place as Chief but instead wants to return to his former life as a logger in British Columbia. Trailer: Luna: Spirit of the Whale

Big Miracle tells the story of a news reporter in small town Alaska who recruits his ex-girlfriend, a Greenpeace volunteer, on a campaign to save a family of gray whales trapped by ice forming in the Arctic Circle. Trailer: Big Miracle

A film based on the novel of the same name. It is the story of a girl named Pai, a young Maori girl who wants to become the chief of her tribe. However, her grandfather believes this is a role reserved only for men.  Trailer: Whale Rider

A renowned documentary that focuses on the SeaWorld brand and in particular Tilikum, an orca held by them. The documentary assesses the dangers of whale captivity for both humans and whales.  Trailer: Blackfish

Despite not being the first franchise that springs to mind when thinking about whales, this film features an iconic whale scene. The film itself centre’s on Kirk and his crew who go back in time to 20th Century Earth to retrieve the only beings that can communicate with it, humpback whales.  Trailer: Star Trek IV: The Voyage Home

The sequel to the 1993 family classic. After saving Willy at the end of the first film, Jessie becomes reunited with Willy after three years apart. This time, it is up to Jessie to rescue the killer whale and other orcas from an oil spill.  Trailer: Free Willy 2: The Adventure Home

The true story of a young, wild killer whale named Luna who attempts to befriend humans after getting separated from his family on the west coast of Vancouver Island, British Columbia.  Trailer: The Whale