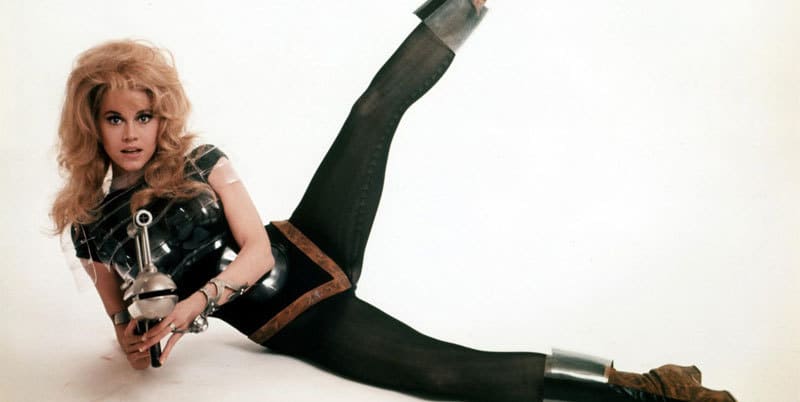 To mark the release of Under the Skin on DVD and Blu-ray on 21st July 2014, we take a look back at the sexiest aliens to have graced cinema screens over the years; the ones who can vie with Scarlett Johansson’s appearance in Jonathan Glazer’s critically-acclaimed modern classic.

Scarlett Johansson – Under the Skin

In perhaps the actress’ best (and easily most bravest) role to date, Scarlett Johansson stars as an unnamed alien species from an unknown planet who arrives on Earth (Scotland, to be precise) to prey on unsuspecting locals. Driving around town in a van, picking up men (whilst director Jonathan Glazer and crew sit in the back) is destined to become stuff of movie legend, well earning the film’s title of being a modern classic…and yes, this is aided by Johansson’s willingness to bare all.  yyyy

Jane Fonda starred as Barbarella in the 1968 cult film of the same name, the highly sexual alien tasked with locating and stopping the evil Durand-Durand. The plot remains secondary to Fonda’s portrayal of a character branded ‘the most iconic sex goddess of the 60s’ by The New York Times; the film has gone on to influence music ranging from Prince right through to Arctic Monkeys.

Species starred Natasha Henstridge as Sil, a killer alien seductress who must be stopped before she mates with a human male. A spawn of scientific merging of alien and human DNA, her violent outbursts begin at a young age and continue all the way through the film as the body count increases.  Sil was created by the late H. R. Giger. Henstridge headed up Species II, and had a cameo role in straight-to-video third film Species III.

Celeste – as played by Kim Basinger – is an alien sent on a secret mission to Earth to investigate a potential gravity-attack on her home planet.  Her world collides with Dan Aykroyd’s widowed scientist who, unbeknownst to Celeste, caused the disruption which sent the radio waves to her planet.  The role was originally set to be played by Shelley Long, but the actress dropped out due to unknown reasons.

The fourth instalment in the Alien film series, Jean-Pierre Jeunet’s Alien: Resurrection  (written by Joss Whedon), is set 200 years after the preceding film with protagonist Ellen Ripley now a clone following the surgical removal of the Alien queen from her body. Naturally, as an alien, Weaver plays Ripley in a way we have never seen her before.