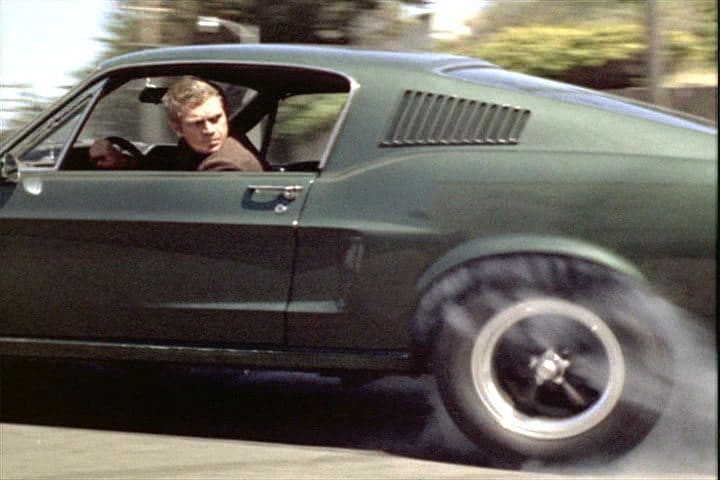 Casting is where a film rises or falls. Just as directors, screenwriters, and actors all must be masters of their art, it takes inspiration and insight to pick the perfect person for the role. But casting is the art that often gets forgotten. Could you imagine some of your favourite films if different choices had been made? Could you imagine anyone but Ryan Gosling in ‘Drive’? Of course you couldn’t!

When it comes to choosing cars for on-screen exploits, the decision deserves the same care and attention as deciding on the rest of the cast. The motor you settle on should embody the spirit of the movie, the psyche of the driver, or the message being conveyed.

So, without further ado, here we look at four examples of cars that just couldn’t have been cast any better.

Few actors have such a mixed body of work as Nicolas Cage. For every ‘Leaving Las Vegas’ there’s a ‘Wicker Man’ fouling up the list. ‘Gone in 60 Seconds’ tends to fall on the weaker end of his resumé, but you can deny that the film features some fantastic motors.

Such is the popularity of that particular car in the film, there have been companies using the template and providing rich buyers the opportunity to buy a replica.

Aston Martin and James Bond – it just goes, doesn’t it? It is hard to imagine one existing without the other. Even in the most modern Bond films, like Skyfall, Bond drives an Aston Martin DB5. It just goes to show how popular and iconic the old beauty is.

What other car manages to evoke such emotion as the DB5? It just embodies the whole Martini-look Bond clearly encapsulates, especially when you factor in all the gadgets!

Whoever thought of putting Bond in a DB5 let them be knighted straight away, for we owe them a lot.

The Bourne-series of films has proved incredibly popular and successful, and the series’ car chases are always stand-out moments, making picking one particular vehicle incredibly difficult. But, after much deliberation, that honour, for the Bourne Supremacy, went to the super-cool Mercedes G-Wagon AMG. The AMG is the important bit here, because AMG are a bit like Mercedes’ own brand of technological mad-men, who love nothing more than to slot in a huge engine into normal Mercedes cars.

Not only does the G-Wagon AMG look cooler than the other side of the pillow, but it is also a seriously quick motor. This is always a perfect combination for any car chase, and the Supremacy’s chase was so good, people remember it to this day, thanks primarily to the Merc.

Austin Powers may be a tongue-in-cheek satire of how the English were in the swinging sixties, but the film-makers got it spot on when they cast the legendary and iconic Jaguar E-Type as the main car in the series. Aside from the fact the E-Type is as English as a cream tea, the producers decided to paint it in Union Jack livery, which automatically created an icon in modern cinema.

The Jaguar was just a great decision by the film-makers, and one that continues to pay dividends even to this day.