Cut To The Chase: The 5 Best Cinematic Car Chases 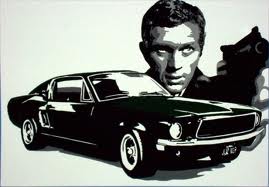 Car chases have graced the silver screen since the inception of cinema. Action movies often hinge on the success of car chases, and if done right, linger in viewers’ minds long after. Here are five of the most memorable car chases that accelerate through our minds to this day.

Quentin Tarantino’s half of Grindhouse featured an unconventional take on the classic Hollywood car chase. Taking place on the rural highways of Tennessee, real-life stuntwoman Zoe Bell plays a perilous, high-octane game of riding on the hood of her friend’s speeding carno CGI fakery here. The scene moves into second gear once Stuntman Mike arrives on scene riding in his Chevy Nova equipped with BF Goodrich tires his death proof car and preferred instrument of murder. It’s an exhilarating sequence, especially when the psychopathic stuntman is demoted from hunter to hunted.

The Bluesmobile’s zany drive to Chicago is one of the most outlandish and comedic car chases ever filmed. Pursued by what seems like the entire Illinois police force, Jake and Elwood Bluesthat is John Belushi and Dan Aykroydjump a drawbridge, drive through a shopping mall and cause all sorts of street level mayhem. Chicago’s finest didn’t fare well during the movie’s iconic chaseBlues Brothers set the record for most squad cars destroyed on film until the inevitableand inevitably inferiorsequel surpassed it.

The real star of the original The Italian Job were the three Mini Coopers and their memorable chase through the traffic-jammed streets of Turin, Italy. After a band of crooks creates a motorist’s worst traffic jam nightmare, they rob an armored car of gold bullion and make their escape with the only car small enough to bypass traffic. Taking their colors from the Union Jack, the three British vehicles ride through shopping centers, down flights of stairs, over the rooftops of Turin and into its sewersa grand escape from the perfect heist.

Director William Friedkin made not only the best film of 1971 but one of the absolute best car chases of cinematic history. Any respectable cinephile will attest to the truth of that statement. Set in the midst of a bustling Brooklyn neighborhood, detective Popeye Doyle commandeers a Pontiac Le Mans to pursue a hitman barreling above the streets in an elevated train. As Doyle ignores every traffic law in the books, viewers are treated to some stunning cinematography. Fun fact: the entire chase scene was craftily edited to rhythmically sync up with Santana’s Black Magic Woman.

Bullitt remains a milestone in cinematic automotive awesomeness for its thrilling chase across the hilly roads of San Francisco. Actor/driver extraordinaire Steve McQueen flaunts his automotive skills behind the wheel of a Mustang GT 390 (when the stunt driver isn’t). McQueen’s detective pursues a criminal duo traveling in excess of seventy miles per hour during the seven minute chase. A marvel of editing and stuntman skill, this iconic chase scene has yet to be surpassed.