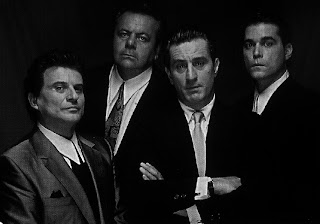 “Paulie may of moved slow, but it was only because Paulie didn’t have to move for anybody.”

Voice over from Henry Hill (Ray Liotta) speaking about Mafia Boss Paul Cicero (a masterful Paul Sorvino) in what is one of the greatest examples of adapting a novel to the screen. Only a collaboration of writer Nicholas Pileggi, editor Thelma Schoonmaker and Director Martin Scorsese could make a film that spans three decades of life in the Mafia, to the highest possible cinematic standard.

A few years after it’s release, the Mafia were reported to say that it was the most realistic film of themsleves they had ever seen.