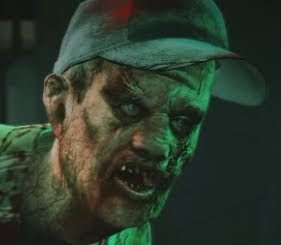 Dead Rising 2, the new sequel to the award winning and extremely fun Dead Rising, is soon to be released. A 3rd person survival horror/action game, you play as Chuck Greene, who is stuck in Fortune City (a city similar to Las Vegas) which is infested with thousands of zombies. With a bunch of other characters that you can choose to save or not, and a large area to explore, you’ll have a lot to keep you busy. It has all the over-the-top gore and violence of the first game, plus many new and exciting features. The first game let you use almost anything and everything as a weapon, but now you can combine things and make your own weapons of zombie destruction. Want to use two chainsaws on the ends of a pole like and take on a horde of zombies? Go ahead. There are tons of item combinations that will get you fantastic and deadly weapons (do they still count as deadly if you’re using them on the undead? I’d say yes) and contraptions to fight off swarms of zombies with.

Other new features include online multiplayer, in the form of a mode for up to 4 players called “Terror Is Reality”, in which players will go against each other for the most points in a reality TV style gameshow setting. There will be the ability to use weapons and also ridiculously insane vehicles. The mode should provide lots of fun for players who enjoy chopping apart zombies and being competitive at the same time. Dead Rising 2 also features Co-Op online play, where a friend can join in on a friend’s campaign and help out with taking care of the undead.
If you’re interested in seeing some devious contraptions, here’s a good video for you to watch. I present, Satan’s Balls. No, that isn’t the name of a raunchy adult film, I promise.
Dead Rising 2 hits the Xbox 360 and PS3 in Europe on September 24th, and on the 28th in North America. It also comes out for PC in both Europe and North America on the 28th. If you’re a fan of mass zombie annihilation, go pick the game up, because you will have one hell of a time.