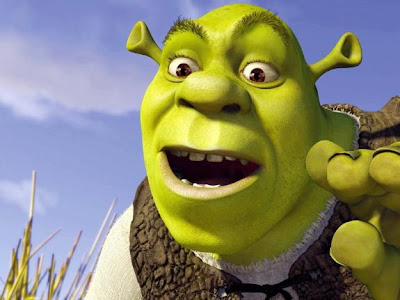 Almost a decade after he first appeared on cinema screens, the lovable ogre Shrek is now (allegedly) making his final hoorah with the fourth installment in the mega blockbuster franchise, Shrek Forever After, and with the added dimension of currently popular 3D. Given the lacklustre reception of 2007’s third installment, Shrek the Third, a lot really is resting on this supposed final entry in the series to have Shrek go out on a high note rather than a whimper. The omens from both before and after the film’s May release in the United States have proven somewhat less than encouraging though – director Mike Mitchell’s track record is very hit and miss, including a bizarre mix of 1999’s adult comedy Deuce Bigalow: Male Gigolo, the much derided 2004 Ben Affleck flick Surviving Christmas and the actually very enjoyable 2005 superhero comedy Sky High but noticeably no animated efforts; speculation is that this film was made on a reduced budget, suggesting it was made purely for the money not for the purposes of making a good film; the film has become the least financially successful installment in the series; and both reviews and word of mouth have been mixed – although indications for some time have been that the film is at least an improvement on the third film. How does Shrek Forever After really fair though? Will you leave the cinema happily ever after or will this fairytale end on a sour note?

After challenging an evil dragon, rescuing a beautiful princess and saving his in-laws’ kingdom, what’s left for an ogre to do? Well, if you’re Shrek (voiced by Mike Myers), you suddenly wind up as a domesticated family man. Instead of scaring villagers away like he used to, a reluctant Shrek now agrees to autograph pitchforks. So what’s happened to this ogre’s roar? Longing for the days when he felt like a ‘real ogre’, Shrek is duped into signing a pact with the smooth-talking dealmaker Rumpelstiltskin (voiced by Walt Dohrn). But Shrek suddenly finds himself in a twisted alternate version of Far Far Away – where ogres are hunted, Rumpelstiltskin is king, Puss in Boots (voiced by Antonio Banderas) has retired and become overweight, Donkey (voiced by Eddie Murphy) has no idea who Shrek is – and Shrek and Fiona (voiced by Cameron Diaz) have never met! Now it’s up to Shrek to undo all he’s done in the hopes of saving his friends, restoring his world and reclaiming his one true love.

The filmmakers behind the Shre’ franchise seem to have become complacent with the knowledge that a Shrek movie will make money regardless of actual film quality and despite all the suggestions that Shrek Forever After is an improvement over Shrek the Third, this critic has to disagree with the assertion. Sure, the animation is up to the usual high standards of DreamWorks Animation but no attempt is made at breaking any boundaries. Sure, the addition of 3D adds to the experience but even though the 3D effects are very good, there are too few of them, not enough sequences really making the most of the extra dimension. The film’s real failings, however, lie in the script and the direction. The alternate universe style storyline allows for a return to a more basic set up for the plot but also robs the film of much substance and, aside from the clever manner in which Rumpelstiltskin actually takes over Far Far Away – which is only referenced, not shown – the plot is predictable and lacking any surprises, or at least ones that haven’t already been shown repeatedly in the trailers anyway. Additionally, an opportunity to put the grim back into the Brothers Grimm is completely wasted, the film being rather tame considering the potential the twisted alternate universe clearly bestows. The humour follows in the footsteps of the other films in the series by delivering gags for both children and grown-ups but most are only likely to induce mild giggling, the film sorely lacking any real laugh out loud moments. The problem is too much reliance on tired and lame in-joke style humour and wordplay and reduced roles for secondary characters such as Donkey, Puss in Boots, Pinocchio and the 3 Little Pigs, all of whom deliver some of the film’s funniest moments. Other characters are also wasted, such as the Pied Piper and the many ogres and witches that play a role in the plot. Many laughs are there for the taking but the script and direction fail to squeeze them out of the film. Of course, this is coming from an older cinemagoer and young kids will definitely think differently. One area in which the film does undoubtedly deliver though is the voice cast with everyone being of a high standard, the show once again being stolen by the likes of Eddie Murphy and Antonio Bandera and the real standout being Walt Dohrn. Sadly, though, good voices cannot save an animated feature from mediocrity. So, overall, Shrek Forever After demonstrates that the formula has grown tired and stale, this fourth installment in the franchise seeming like a needless addition that adds little. This has been referred to as The Final Chapter several times and this is exactly what it should be. Sadly, this is one fairytale without a happily ever after.