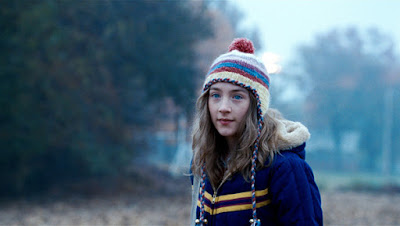 Probably one of the big losers among the hopefuls for this year’s Academy Awards, not receiving a single nomination, The Lovely Bones is also perhaps the most surprising film to be overlooked. After all, it’s directed by Peter Jackson, whose The Lord of the Rings received massive critical and public acclaim and whose final instalment The Return of the King was a massive Oscar winner; it’s based on the also critically acclaimed bestselling novel The Lovely Bones by Alice Sebold; and it boasts a fairly impressive cast line up. So, why has it been snubbed by the Oscars? Well, apparently because it isn’t actually that good. Released back in the states on limited release way back last year and nationwide earlier this year, the film has not only received lacklustre at best reviews from critics but generated poor word of mouth among moviegoers (and consequently flopped at the US box office), suggesting that The Lovely Bones might not actually be all that lovely. And the assessment of movie critics isn’t entirely wrong on this one.

Growing up in the suburbs of Philadelphia, Susie Salmon (Saoirse Ronan) has loving parents, Jack (Mark Wahlberg) and Abigail (Rachel Weisz), as well as her wise and kindly Grandma Lynn (Susan Sarandon). There’s also a budding romance between Susie and Ray (Reece Ritchie). But tragedy strikes, and Susie is just 14 years old when she is horrifically murdered on December 6th, 1973. Finding herself in the ‘in-between’, a world that is neither Heaven nor earth, Susie, guided by one of her killer’s past victims, Holly (Nikki SooHoo), is able to watch over those she has left behind – among them acquaintance Ruth (Carolyn Dando), who seems to be able to see through to the next world – and try to help them catch her killer and rebuild their lives, unable to move on to the next world until her killer has been caught and justice achieved and her family and friends have found peace. Her father has all the pieces of the puzzle but can’t put them together, while detective Len Fenerman (Michael Imperioli) questions neighbour Mr Harvey (Stanley Tucci), and Susie’s sister Lindsey (Rose McIver) embarks on her own dangerous hunt for the truth.

There is definitely validity in criticisms that have been made of The Lovely Bones. Is the film a masterpiece? Absolutely not. But on its own terms, is it a good film? Mostly yes. The Lovely Bones doesn’t actually seem like one complete film but rather two very different films glued together – one a CG heavy fantasy and the other a murder thriller – and one of the big things that lets the whole down is that the two don’t entirely gel together. On their own, either could have been great (though that would be besides the point) but together they don’t entirely work in unison, often getting in the way of each other. This isn’t to say that neither aspect delivers, though, simply that neither delivers at 100% efficiency. Both aspects undoubtedly have their strengths. The CG realized fantasy world of the ‘in-between’ is breathtakingly, enchantingly and stunningly beautiful, providing a feast for the eyes and a truly delightful glimpse at what may lay in the world beyond this one, as well as providing the perfect visual representation of everything positive about Susie. Meanwhile, events in the world of the living effectively create suspense and tension as Susie’s family attempt to expose her killer. The real world also gains from terrific attention to detail with the look, feel and sound of 1970s America being perfectly captured in locations, costumes, cars, props, the soundtrack and little details that only the most observant of viewers will notice. In fact, the film gets off to a very strong start, with voiceover narrations by Susie telling who the killer is before her murder occurs and allowing a sense of impending dread to build up, effectively creating tension leading up to the event. Sadly, however, the event itself fails to capitalise on this. Director Peter Jackson’s decision to not show the murder itself detracts tremendously from the emotional impact the event should have and consequently much of what follows also lacks the emotional punch that it should effortlessly create. The film as a whole is quite strangely lacking in emotion, with scenes that should bring you to tears failing to do so and thus one of the greatest assets of Alice Sebold’s novel is lost in the translation from page to screen. Certainly, anyone who has read the book is likely to feel somewhat cheated. The film is also hit and miss in other aspects. Even on its own terms, the storytelling is far from perfect and due to inconsistent performances from the film’s cast the characters don’t all come across the way they should. For instance, Mark Wahlberg is rather miscast as Susie’s father and despite a very good performance from Rachel Weisz as her mother, there really isn’t enough of a chemistry between the two. Meanwhile, Susan Sarandon is quite excellent but is extremely underused, while Stanley Tucci is suitably sinister as Susie’s killer but perhaps a bit too obvious in his portrayal of the evil neighbour lurking in the shadows. On the upside, Saoirse Ronan is simply outstanding as Susie, acting well beyond her years, delivering a mature and completely convincing yet also extremely adorable performance that truly captivates us and almost makes us cry at times in spite of the shortcomings resulting from Peter Jackson’s direction. So, overall, The Lovely Bones is indeed a film that has many flaws, but it nonetheless has more than enough strong elements to make it worth seeing, proving to be a quite uplifting viewing experience, even if it won’t change your life. So, good but not quite lovely.