With the golden Hollywood glow of the Oscars now behind us celebrating the best of 2008, I want to turn a thought to wait awaits us in the year to come. What will be hits, what will be misses, what will gather Oscar buzz and what will be the unexpected box office smash. With a mere glimpse at what is to come, I think 2009 is going to be a big year for film.
Now I myself aren’t really into Oscar type films, serious drama’s and hard hitting film. Don’t get me wrong, I respect the crap out of them, just not my cup of tea. With that in mind, allow me to list the films that have got my blood pumping in the months ahead.

Watchmen.
Okay, there’s not much that can be said about this film that you cant already see in the trailers for it. Its a beautiful looking filming, interesting characters, amazing source material and a cast of relative unknowns that somehow look like they’ll command the screen with ease. Watchmen really will be one to watch (that hurt me to write it just as much as it was for you to read it).

Terminator Salvation
With Christian Bale being in the media spot light in the past few weeks for all the wrong reasons I think its kind of over shadowed what the real story here is HE’S JOHN FREAKIN’ CONNOR. Am I the only person who finds that to be one of the best bits of casting in years? The Bale can do no wrong, he brought Batman back to life with some guy called Nolan and now he’s put his magic to work on bringing the Terminator franchise back where it belongs in the big leagues.
p.s I love Christopher Nolan 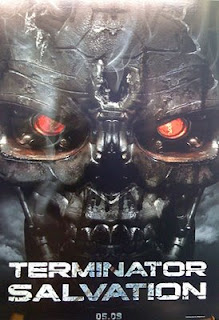 Transformers 2: Revenge Of The Fallen
Are you seeing a trend yet? Yes, I love my big budget movies a little too much. With Megan Fox being the hottest thing on two legs saving the world, and I think there was something about robots in there too, I’m not 100% sure on that. Transformers was definitively a 2007 summer blockbuster, two years later and Mr Big Explosion himself Micheal Bay is back in the directors chair pointing the camera at nothing. I was a fan of the first film but felt the plot could of done with some trimming and some more Megan Fox. Now that he has got a second stab at it, I hope we get another action adventure worthy of a cinema ticket, and from what we’ve seen in the trailers so far, I think we may just get that. 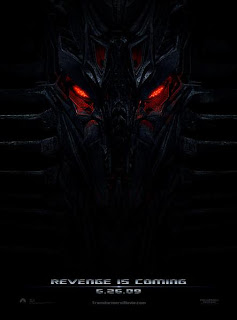 G.I. Joe: The Rise Of Cobra
Lets see the list
Big budget? CHECK
High Concept? CHECK
Great Action? CHECK
Hot Girls in Tight Outfits? DOUBLE CHECK
With that out the way, I find it hard to see how this film could do badly. The only thing I could possibly see holding it back is the once again relatively unknown cast. But with the action sequences shown in the SuperBowl spot and a director who is no stranger to blockbuster success (Stephen Sommers, The Mummy, The Mummy Returns and Van Helsing) I think we are looking at the possible surprise hit. 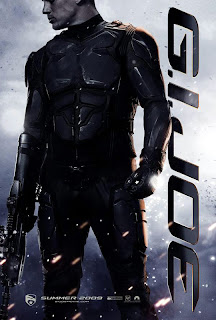 The Twilight Saga: New Moon
Okay okay, hold back the hate. Not sure where you all stand on this subject, but I personally loved Twilight and no, I’m not gay or secretly a girl, there are male fans (trust me). New Moon has proved to be an interesting topic of conversation with previous helmer Catherine Hardwicke no longer set to direct and American Pie‘s Chris Weitz taking over the production. All original cast members are back, including Robert Pattinson and my future wife Kristen Stewart. As Twilight was shot on a modest budget of $37million, talk has begun over how much dollar is being thrown at New Moon, with location shoots in Italy and much more special effects needed, I cant wait to see how things play out next month when filming gets under way.

As for me, I’m done. I could go on and on about films but a line has to be drawn my friends. The real reason is the Pizza Boy just rang the door bell and I’m hungry. Until next time.