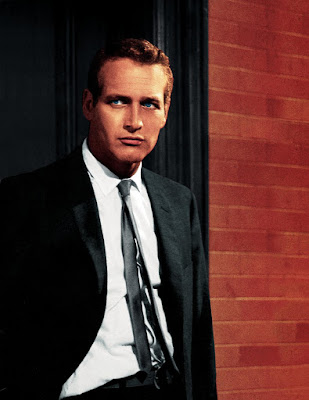 LONDON (Reuters) – Images of U.S. actor Paul Newman, who died late on Friday, adorned newspaper front pages around the world on Sunday, his piercing blue eyes vying for attention alongside headlines of the global financial crisis.

Underlining Newman’s international appeal, Britain’s Independent on Sunday featured his photograph across the whole of page one, relegating the latest news of the country’s banking woes to the inside pages.

“Paul Newman: Death of King Cool” ran the caption headline in the Sunday Times above a portrait of the heartthrob and philanthropist, who died of cancer aged 83.

The Observer weekly devoted a two-page spread under the words: “An Actor of True Genius and a Man of Great Decency,” focussing on Newman’s philanthropy and devotion to his family, as well as on his big screen roles.

In France, politicians lined up to praise Newman, with President Nicolas Sarkozy hailing him as a “Hollywood legend.”

“Actor, author, screenwriter, director, producer and philanthropist, he was also a great friend of France and fans of motor racing will remember his successive appearances at the Le Mans 24-hour race,” he said in a statement.

“The death of a good guy,” France’s main Sunday newspaper, Le Journal du Dimanche, said in a headline, giving over most of its front page to a photo of the U.S. actor.

Even conservative Muslim Iran, which would not usually concern itself with reporting on a Western film star, marked his death. Two pro-reform newspapers displayed the actor on their front pages while Iran’s state media also reported his death.

The Etemad newspaper, published Newman’s picture, saying “Fading away the last classic star” and the Kargozaran daily said “End of the blue-eyed boy.”

In Germany as elsewhere, news television channels have been showing clips from his films.

“Paul Newman – the Last Hero is Dead” ran a headline on the back page of the mass-selling Bild am Sonntag. A strapline in the same newspaper read: “This damn cancer. Now it has killed the bluest eyes in the world!”

Several obituaries repeated comments he made about his famous good looks.

“I picture my epitaph,” he was quoted as saying. “Here lies Paul Newman, who died a failure because his eyes turned brown.”

The New York Times called him a “magnetic Hollywood titan,” and in Italy actress Sophia Loren, who appeared in the film Lady L with Newman, called the news “a blow.”

“When such important personalities die, one despairs and thinks that, little by little, all the greats are disappearing,” she told the Il Messaggero daily.

Israeli actor Haim Topol, who Newman helped to set up camps for children with incurable diseases, called him a “dear human being.”

“He busied himself with the professional rather than with PR,” Topol told Israel Radio. “His main motto was, ‘If you do not exploit your success in order to improve things in the world, then you are really wasting it’.”

Paul Leonard Newman, known as “PL” to friends, appeared in more than 50 movies, including Cat On A Hot Tin Roof, Butch Cassidy And The Sundance Kid and The Sting.

He earned nine Oscar nominations for acting and won the best actor award for 1986’s The Colour Of Money.

A director and race car driver as well as an actor, Newman was also known for his extensive philanthropy. He created Newman’s Own food products, which funnelled more than $250 million (136 million pounds) in profits to thousands of charities worldwide.

Particularly close to his heart were his Hole-in-the-Wall Camps for seriously ill children. Today, there are 11 around the world that have helped over 135,000 kids, all free of charge.

Newman is survived by his wife of 50 years Joanne Woodward, five daughters, two grandsons, and his older brother, Arthur. Newman also had a son Scott, who died in 1978.