To All The Boys: P.S. I Still Love You – The BRWC Review 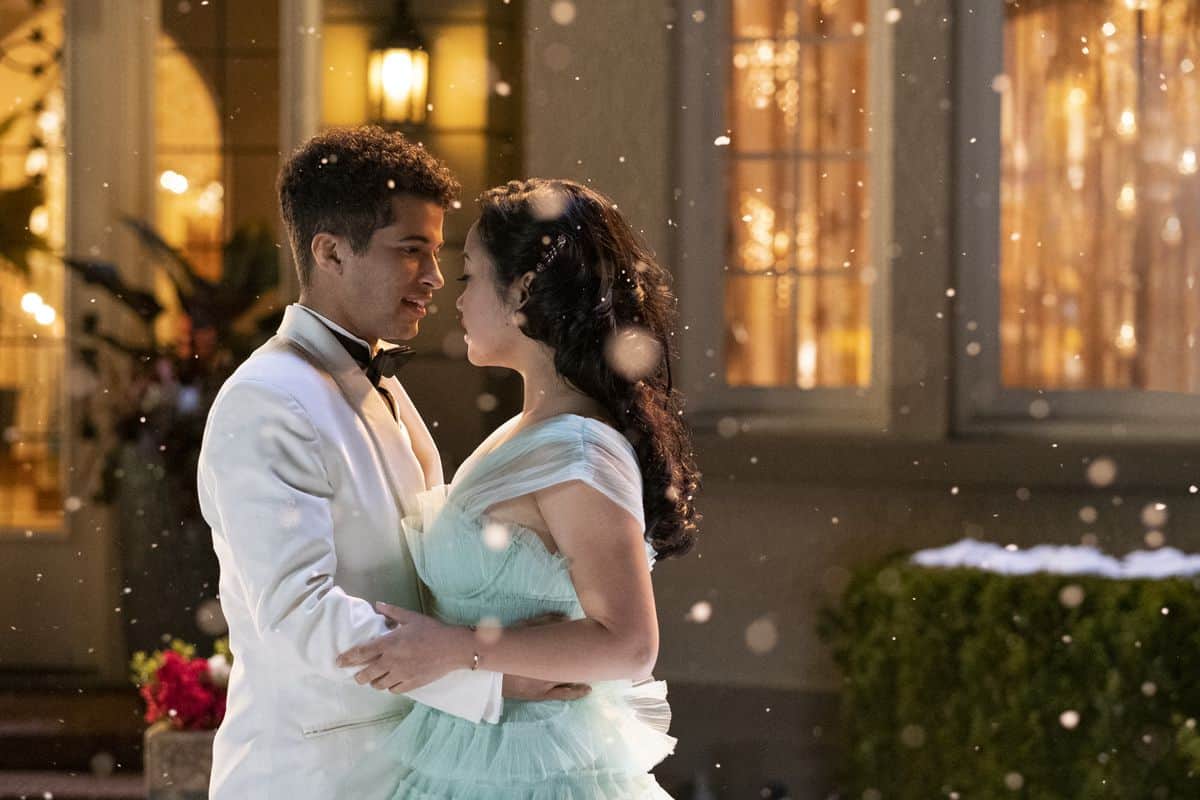 To All The Boys: P.S. I Still Love You – The BRWC Review. As her relationship with Peter Kavinsky (Noah Centineo) continues to grow, Lara Jean Song Covey (Lana Condor) reunites with another recipient of one of her old love letters, John Ambrose McClaren (Jordan Fisher).

A couple of years ago, Susan Johnson released a feature film adaptation of Jenny Han’s novel To All the Boys I’ve Loved Before, and it was met with heavy critical and general audience acclaim. It was a movie that was released all the way back in 2018, but I never checked it out until very recently.

The reason why is simple – romantic movies are almost always weak in my opinion. The majority of them usually follow the exact same storyline and plot beats, and they just don’t offer a whole lot of meat. Sure, they can be fun and entertaining to watch. You can put a romance movie on Netflix during a rainy day when you are bored and there is nothing else to do. They’re just disposable movies usually.

However, I was met with a massive surprise when I finally went ahead and watched To All the Boys I’ve Loved Before earlier this week when I saw that it was actually a great film. Filled to the brim with charm and energy and boosted with amazing performances from Lana Condor and Noah Centineo as the two leads, it worked in a ton of ways.

But if I am going to be honest with you, I was rather nervous to check out this new 2020 Michael Fimognari-directed sequel. The ending of that first movie was really great, and it seemed kind of strange to make more of these movies. Yes, I am aware that there are three books in the series (and they are already making a third and final installment in the film trilogy, supposedly in post-production), but I was just unsure of how they were going to handle this second chapter.

From the bottom of my heart, I was really hoping that, much like the first entry, this movie would actually end up surprising me, but it just didn’t. This is not an awful movie by any means necessary. It’s really not even all that bad, but what it is, is a massive step down from the first installment.

Let’s talk about the best aspect to this film. Once again, much like the first, it is the performances by both Lana Condor and Noah Centineo. Their chemistry is seriously so wonderful, and it is incredibly endearing to watch these two do literally anything on screen. I am convinced that it would be amusing to watch them just drinking coffee or something so incredibly simple. Their performances are some of the best you’ll be able to find in the young adult/teen romance genre.

Also quite strong here is Jordan Fisher as John Ambrose McClaren, a boy that Lara used to know and be friends with back when she was a child. Even though his performance in To All The Boys: P.S. I Still Love You is definitely strong, his character sadly is not much else besides the “guy in the middle of a love triangle” character. That is pretty much the extent of his character, and he isn’t given much else to do in this screenplay.

If you really boil it down, the only two characters that have a lot of substance and development to them are Lara and Peter. The other characters feel pushed to the side, which was disappointing. Trezzo Mahoro delivers a deeply comedic and likeable performance as Lucas, one of Lara’s best friends, but the only thing he gets to do here is comfort her. That’s it. I really wish these side characters were given more to do.

Much like the aforementioned original, this is, for the most part, a pretty cute and adorable movie to watch. It is sadly kind of cheesy, which the original was as well, but actually, this one was not as cheesy as the first. Watching Lara and Peter on screen is always extremely sweet, but there needs to be something else present to make this movie truly come alive – a great script. This movie just doesn’t have one.

The story this time around was nowhere near as investing as it was the first time. Not a whole lot of interesting or dramatic things happen in this film until much later on. We’re never really given anything to care about for a while, which is strange.

It’s also paced rather strange, too. The first film was always entertaining after the first act came and went. It had plenty of things to enjoy. But To All The Boys: P.S. I Still Love You feels like multiple movies into one. You can definitely tell that this is not directed by Susan Johnson, who was behind the camera for the first.

One of the biggest examples of this movie not feeling the same and feeling like a bunch of different movies crammed into one, happens during a scene in the second act that took me off guard, and not in a good way. It features an extremely bizarre and borderline cringe-worthy song and dance number. It happened so suddenly that it made me open my mouth in shock, because it was just so bizarre. I thought that would be the end of it, but there is another musical number later on that also comes out of nowhere. It just felt so strange and out of place.

Something about this film that was certainly on the same level of excellence as the first however, was the cinematography by director Fimognari. It is kind of exciting to see that the cinematographer behind the first picture got to actually direct this time around. His camera work is utterly stunning, and it is one of the best looking romance movies you can find.

It is just such a shame that the rest of the movie as a whole was rather disappointing to say the least. It takes everything that was great about its predecessor and somehow manages to make it all so uninteresting. Don’t get me wrong, there were still some really cute, funny, and charming sequences to be found here. But as a sequel to a really strong movie, it let me down.

To All the Boys: P.S. I Still Love You doesn’t offer a lot of greatness with its bland script, even if it still contains great performances from Lana Condor and Noah Centineo.