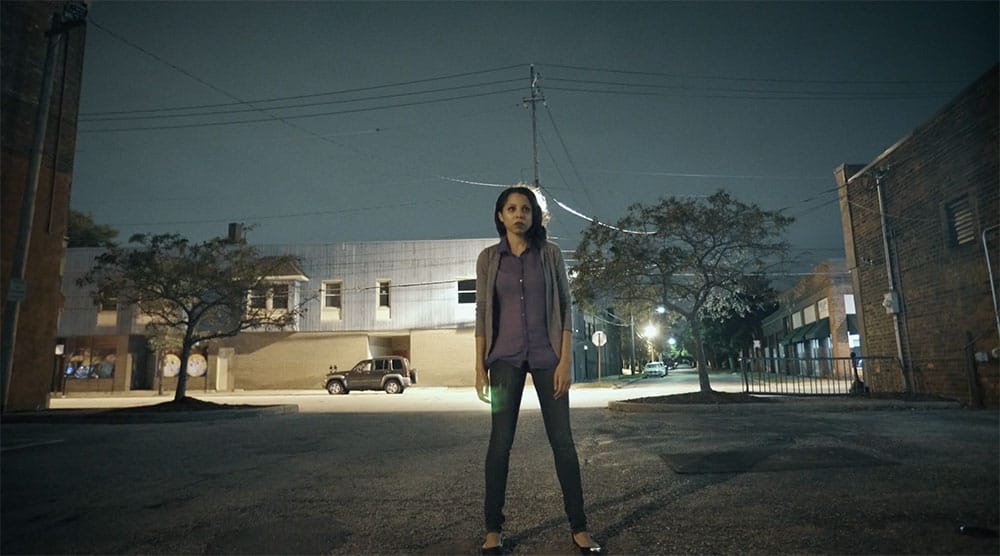 BJ Colangelo’s short permits us to join Jill (Madison Woods) and Leenie (Venchise Glenn) as they traverse the awkward ground of a first date. Compounding the nervous energy they share are the eyes of the final punter in the bar and the barmaid. Having to overcome the close-minded bullshit is just another hurdle that could scupper their date entirely.

What’s striking about Labrys is the power we see in the two queer characters. I’m not just talking about the Sci-Fi element that comes in left of field toward the end. It’s their honesty with one another, their resilience to the offensive crap they endure and their kick-ass final exchange.

Upon a re-watch, it was lovely to see the brief exchanges of dialogue between Jill and Leenie take on a stronger meaning. There’s a power and an honesty to their date that felt potent and genuine in spite of the shocking awesomeness of the conclusion.

Perhaps that physical manifestation of empowerment may seem silly or overblown to some but I got a real kick out of the Buffy’esque tone which throws back lovingly to genre film and television.

The sign of a good short is one that leaves the audience wishing they had more time with the characters. Deliciously horrific, violent catharsis aside, Labrys made me wish there was a second and third act to follow.