The A To Z Of Superhero Movies: From Abar To ZsaZa by Rob Hill – Book Review 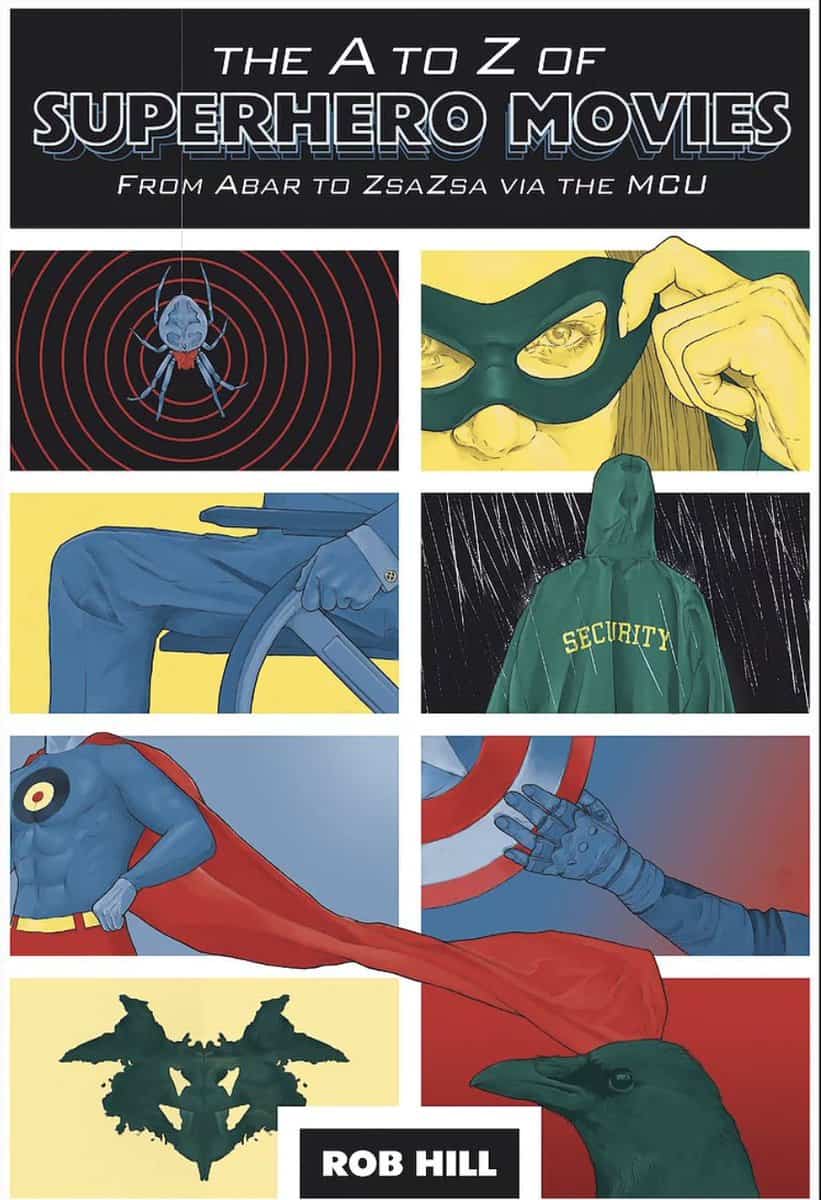 After the success of Rob Hill’s Bad Movie Bible comes his follow up for all those infatuated with a certain subgenre of cinema. However, this time Hill’s latest book seems a little more mainstream – at least at first glance. The A to Z of Superhero Movies: From Abar to ZsaZsa, as its title suggests, is a book for all those interested in superheroes but want to find something a little more unconventional.

There are, of course, all the expected entries from Ant-man to Wonder Woman and for those who do want to read about Hill’s thoughts on the best, biggest and brightest then they can indulge. However, Hill’s research and clear love for the genre from the most popular to the most obscure and unknown is clearly laid out and no stone goes unturned as Hill has committed to paper every single superhero he can find.

So, while you’re looking up every single Batman film, both animated and live action (I know I did) to make sure they are there, you may find yourself distracted by Filipino Batman (copyright be damned) and Thelma, the Norwegian arthouse horror about a religious girl who gets psychokinetic powers. This truly is a thorough and well thought out analysis of the superhero movie genre and what it even means to be a hero.

Hill seems to know his audience all too well and is probably very much like them, so he knows exactly what to expect. Therefore, his book starts with a few disclaimers to try and lessen the many, many e-mails and tweets he may receive that would aim to correct his hard work. The definition of a superhero is clearly defined (to the standard that Hill defines them) and it is also clearly stated that the book, however big and heavy it feels, has only one thousand movie entries.

So, hopefully that will clear up any questions that those even better versed than him may want answered. He also talks about the movies that will and will not be included (with particular note to motion comics) and then the book is left to the reader to explore.

After the extensive guide through the numerous superhero movies, Hill gives a section of statistics to quench the thirst of those who still want to know more and to impress their friends (internet or otherwise) on the extent of their knowledge. There are even statistics on the demographics of superhero characters from different genders, ethnicities and sexualities. Although I did notice there were no statistics on the ages of superheroes (or at least the actors playing them) nor were there any on characters with disabilities.

The A to Z of Superhero Movies: From Abar to ZsaZsa is filled with everything anyone would want to know about the genre, and even some things that they never even considered. Hill has not only compiled a definitive guide through movie history on the genre, but also brings a lot of humour with his short, witty reviews of many of the movies he has seen.

If I were to make any criticism though, it would be that the pictures in the book are in black and white and for what is known to either be a bright and colourful and highly cinematic genre then this takes a little away from the overall aesthetic. However, this is a minor concern and just to see posters and stills from the most unusual of the book’s entries is pleasing enough to show exactly how strange and diverse superheroes can actually be.

The A to Z of Superheroes is a perfect gift for any time of year, and for those looking to expand their movie knowledge in places they never knew it needed to be expanded, Hill’s detailed research pays off as the gift that readers will come back to again and again.

Star Wars: The Rise Of Skywalker – The BRWC Review