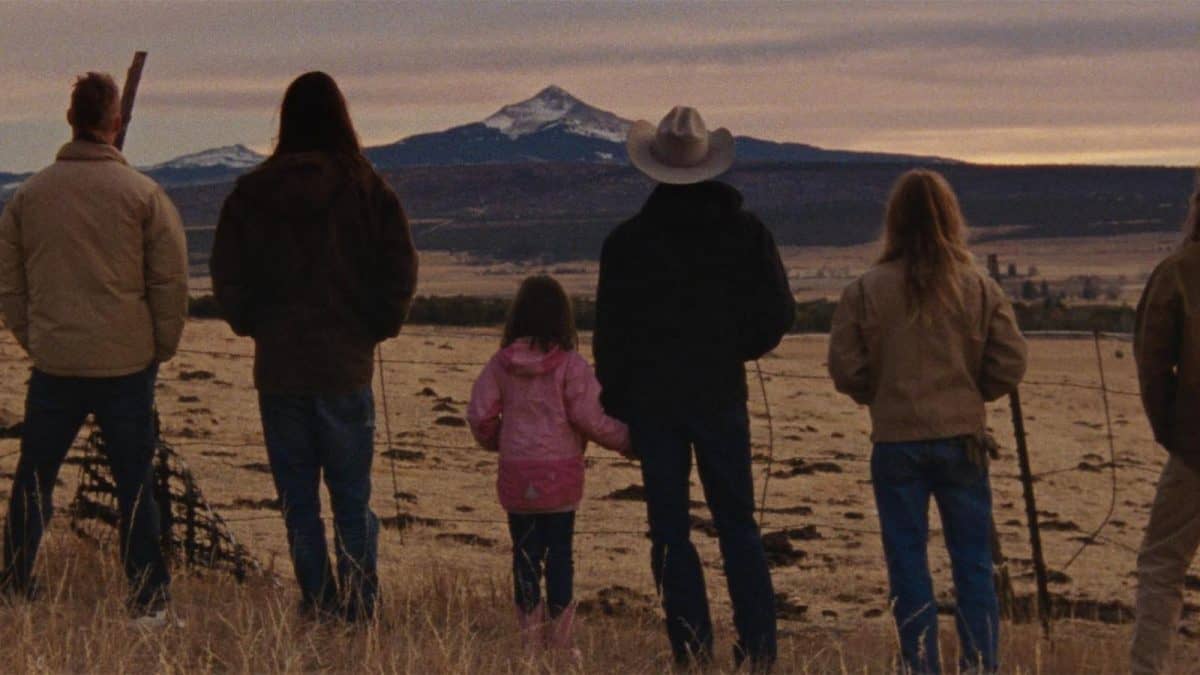 Righty, Ruby & Robbie have a tense relationship, expressed through a few strained words.  In the middle is small Lefty. With a horse and well-travelled silver balloon, Righty (Lewis Pullman) and Lefty (Marty Grace Dennis) depart on a more complicated adventure than I suspect either had imagined.

Family, fluorescent cereal and the tallest mountain, lie at the heart of it. They appear to be held together by a significant but tenuous thread, made evident when the shaggy band of brothers turn up to visit their ailing father. Righty perfectly incorporates a shape of vulnerability as he studies his father, the origin of which we can only attempt to guess.

What writer/director Max Walker Silverman captures so well in his film is the moment where a child, of any age, responds to an authentic experience and then finds themselves spontaneously bringing comfort. Followed up by the complex and classic existential question – that we can only speculate on – where does a person go when they die?

Music often shapes a film, sometimes leaving a few lingering notes in your head and this film is no exception. A piece by American steel-string acoustic guitarist and composer John Fahey is carefully intergrated into the story line and skilfully played by brother Speed (Sam Engbring). Studied faces, long shots and beautiful light are a pleasure to look at in this film and Walker Silverman appears to have found a visual ally in DOP Alfonso Herrera Salcedo.

When a man in a hat rides up on a horse in rural America it is impossible not to be reminded of Ang Lee’s Brokeback Mountain (2005). Could it be the film that has had the most effect on how ‘cowboys’ are perceived? Max Walker Silverman provides another perspective in this portrait of a young man.

Lefty/Righty has been awarded the following:

For your visual pleasure go and have a look at DOP Alfonso Herrera Salcedo’s work: https://www.alfonsohss.com

If you want to know more about iconic musician John Fahey have a look at this film: In Search of Blind Joe Death: The Saga of John Fahey (2012)