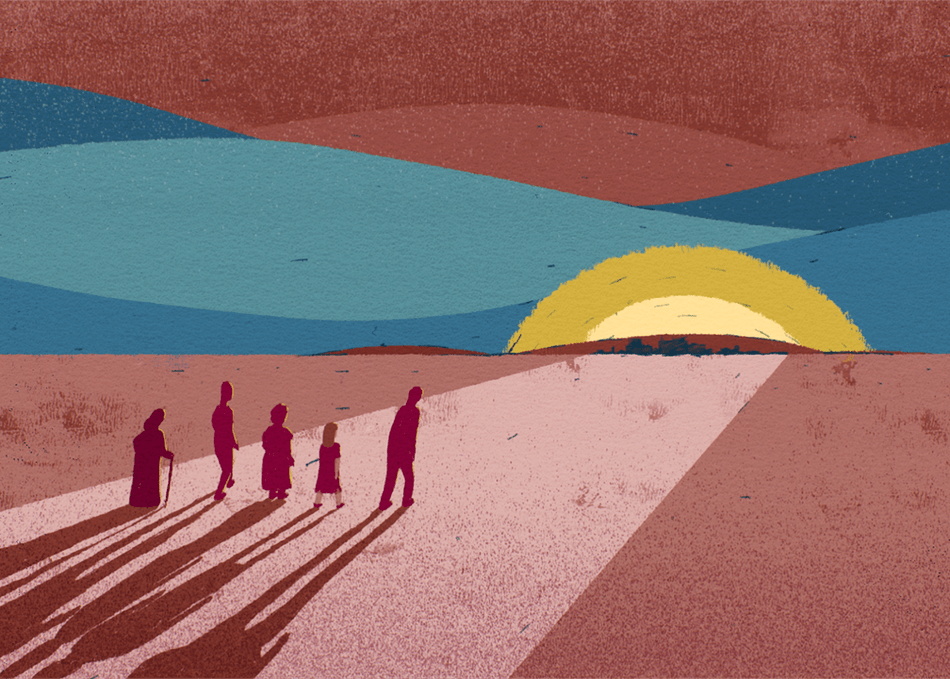 A Line Birds Cannot See is a short animation that tells the story of a woman only known as E. When E was twelve, her family went from Guatemala in an attempt to cross the Mexican border into The United States only for E to be separated from them and pushed into a life of slavery and abuse.

Using simple yet beautiful animation, the short film tells the harrowing story of a woman recounting the events that took her childhood away from her. Through the use of the relaxing images and music, it tells the story so that the audience can relax and take in the pretty images, but despite the beauty of its animation the short film takes the audience through a journey of what the worst of humanity is capable of doing.

The film gently puts the audience at ease with its animation and music, but it never detaches the audience from E’s story as the film plays out as if the twelve-year-old E is telling the story herself. E’s emotions pour through to the audience and her story cannot help but send out a strong resonance as the things she talks about are not outlandish or sensationalised, but come from a very real and personal experience.

A Line Birds Cannot See is sadly not a wholly unique story but is just one of thousands of stories that happen every day to immigrants all over the world. I’m sure that it is the hope of the film makers and of E’s that viewing A Line Birds Cannot See may help in some way, however small, to open the eyes of people who ignore the problems of those who feel they have to flee their countries or simply want to work for a better life.

E’s story may bring up emotions the audience may have not been expecting and through the short time it is told, it manages to put across its message strongly. A Line Birds Cannot See doesn’t give any solutions to the problems that immigrants face, instead it leaves the chance of hope in the hands of those who watch and take notice of E’s story which I’m sure will help to push its message further than just a single viewing.

After watching the film it would be good to know that when the subject of immigration is raised as it often is these days, that somebody may think twice when they consider what a girl like E had to endure just to live a better life in another country.