The BRWC Review: Call Me By Your Name At two points in Call Me by Your Name, when the central pair of lovers kiss, their faces fade out of focus like a memory strained to remember.

This is summer 1983, ‘somewhere in Northern Italy’. The life-changing summer romance between Elio (Timothée Chalamet) and Oliver (Armie Hammer) feels deliriously in-the-moment: wide shots saturate the world with sunshine; skin screams out with an urgent need to be touched. However, a barely detectable layer of hazy nostalgia rests overhead. While they’re in motion, the days that Elio and Oliver share seem nothing more than inconsequentially playful and fun ― until it becomes clear that both will remember them as the best days of their lives. This is ‘somewhere’, sometime, someone… a moment in time fondly recalled by a person longing to live in it forever.

“The usurper”: Elio Perlman labels Oliver in the first line of the film without realising how true his words will turn out to be. Unlike the previous guests who have stayed at the Perlman family’s Italian summer villa for each of Elio’s seventeen years, Oliver’s ‘usurping’ extends far beyond forcing Elio to vacate his bedroom. Elio is drawn irrepressibly to the enigma of the older, 24-year-old man, who is staying with the Perlman’s in order to study under Elio’s professor father (Michael Stuhlbarg). Oliver swaggers into the house with a magnetic self-assurance. His limbs are impossibly long, but unlike the gangly and impulsive Elio, Oliver has a mastery of his own body. He cuts every conversation short with a curt “Later!” and leaves before anyone has a chance to process his going. It’s brash, American rudeness, Elio decides ― or is he shy, as Mr. Perlman muses? The suggestion catches Elio off guard, and it deepens the agony of not having access to Oliver’s head. Elio longs to know if he cares at all ― about anything ― and if so, how much?

He tosses and turns in his sleep, unable to sit still for even a moment. Oliver asks Elio how he passes the time on his yearly Italian holidays: “Wait for summer to end”. The six weeks of Oliver’s stay are long and languorous. Nothing is required of Elio, so he is constantly looking for ways to occupy himself: playing the piano with vigorous energy, listening to music, reading… soon all these things lead his thoughts to Oliver. He starts to play for Oliver; songs he hears feel like they’re speaking directly to him; a quote in a book ― “Is it better to speak or to die?” ― is what finally propels him to confess his feelings.

In the manner of an adolescent mind in the passionate throes of first love, the music in Call Me by Your Name is ever changing. We go where Elio’s head goes: the impeccably curated piano score is classical when Elio is able to luxuriate in his longing. When his desire excites him, the score bursts into a flurry of modern, staccato piano ― music brimming with possibility, like a flurry of birds released from their cage and tumbling out into the sky. Sufjan Stevens acts as the film’s narrator, using two original songs and a reworking of Futile Devices to give voice to Elio’s feelings in a way mere words never could.

While it becomes apparent that both Elio and Oliver developed feelings for each other almost immediately after meeting, Elio is the first to confess them. It gives him a newfound sense of power: before, he had simply idolised Oliver as an object of desire. As they expose more of themselves to each other though, Oliver’s insecurities are revealed. Elio comes to realise that Oliver’s easy confidence is the product of years of practice, and not a genuine expression of indifference. With the knowledge that Oliver wants him in the same way that he wants Oliver, Elio is given the confidence to take the lead. 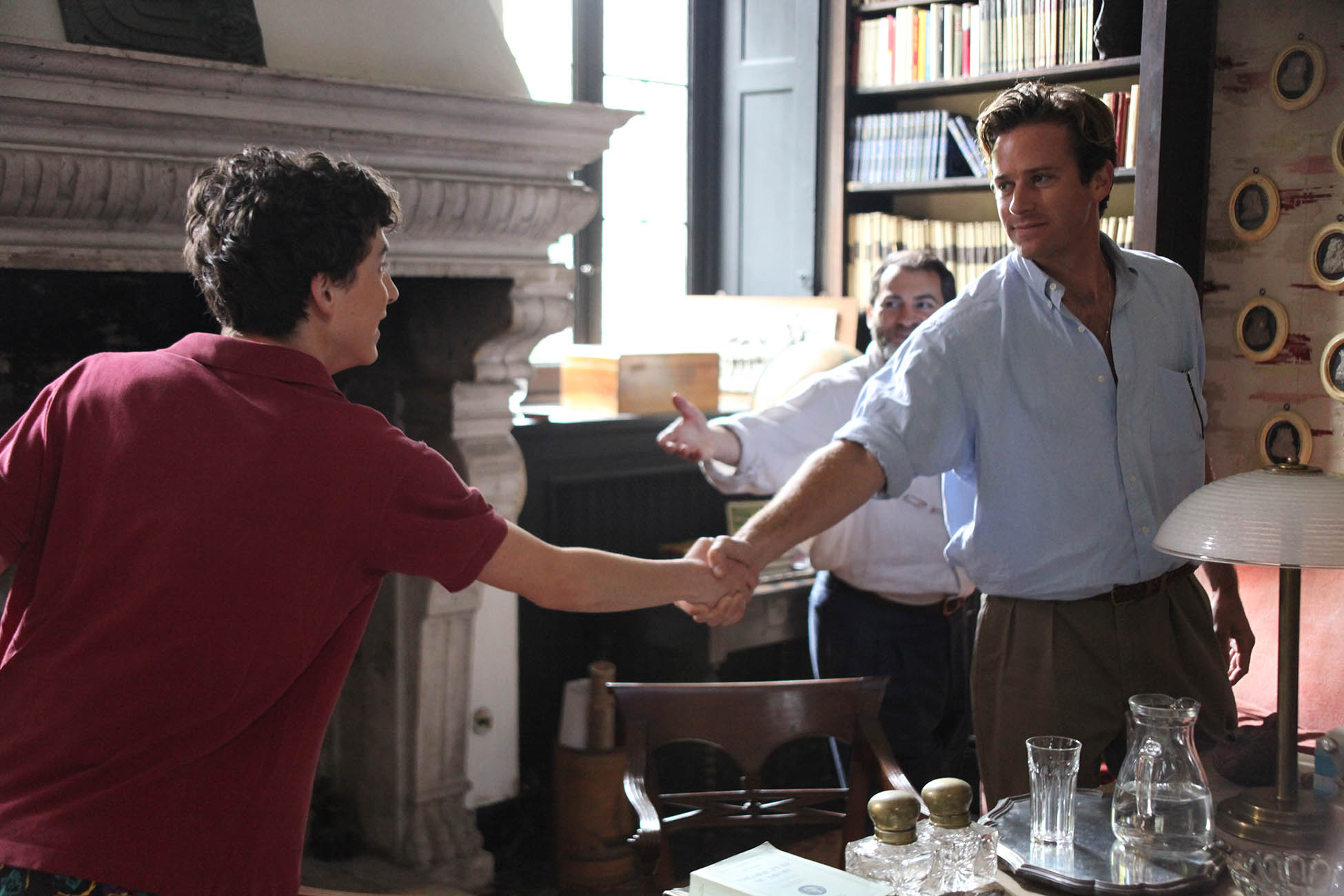 In Call Me by Your Name, the only conflict is self-imposed. Unlike Luca Guadagnino’s previous film A Bigger Splash ― which was just as sensual but a lot more cunning in spirit ― the enjoyment comes from watching good people take joy in each other’s company. The heartbreak comes from knowing it has to end.

We’re told from the very start: six weeks is all they have. Elio and Oliver spend so much time tip-toeing around each other that when they finally both allow themselves to give in fully to their relationship, all they can do is lament: “We wasted so many days”. The film does not announce their farewell, simply cutting without warning to their final hug goodbye. They hold on to each other for as long as is reasonable, but still not long enough to satisfy. No words pass between them because no words could say what needs to be said. All they can give each other is one final, helpless look.

In its closing scenes, Call Me by Your Name puts the agonising ecstasy of a fleeting first love into the kind of perspective that can last a lifetime. Stuhlbarg delivers a father-to-son monologue of immense wisdom, preceding an epilogue set six months later. Elio holds himself high once again, spinning around the house and draping himself over furniture. We are granted a sigh of relief as the film recognises that Elio has managed to recover ― that life will, indeed, go on. When he is then reminded of Oliver, he is also reminded of his heartbreak and the wound briefly reopens ― but replaying that perfect summer in his mind brings not only sadness, but joy too. Call Me by Your Name transcends because it dares to not only ask, but also answer the question posed by so many love stories throughout history: was the love worth the pain? Yes. Without a doubt, it was.