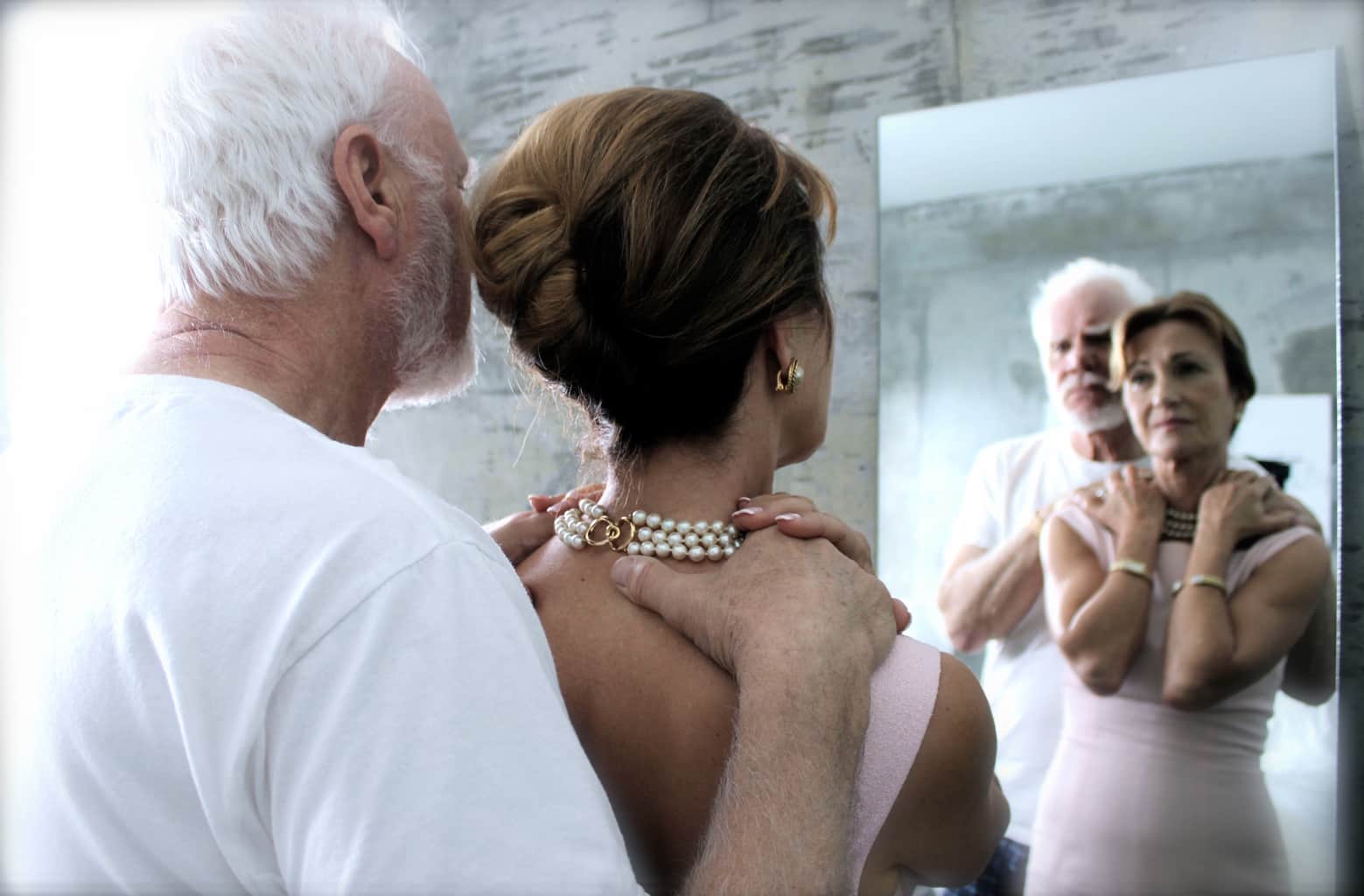 Bereave is the latest film from writer and director brothers Giovanis and tells the story of a man on the day of his 40th wedding anniversary hiding a dark secret from his wife knowing the truth will eventually come out but hoping it’s not today.

Garvey (played by the enigmatic Malcolm McDowell) is acting strangely and never more so than on the day of his 40th wedding anniversary as he sits and contemplates committing suicide with a gun. His wife Evelyn (the radiant Jane Seymour) doesn’t know how to deal with Garvey’s odd behaviour. It’s as if she has already lost him but maybe this is all part of his plan to ease her into bereavement.

Bereave is a strange movie as the central narrative is essentially that of the marriage of Garvey and Evelyn and the events that take place on their 40th wedding anniversary. However, it is the sub-plot that is the most interesting. How one man seeks to protect the love of his life from the impending pain of bereavement. He cannot bear to see her grieve for him whilst he’s still there so would rather have her hate him instead. The opening scenes and dialogue set the tone for the whole film:

“Why do we always have to remember things? I’d rather just look at you in the mirror.”

The script is pithy, with some glorious black humour: the scene in a prison cell and mention of viagra had me laughing long after the credits stopped rolling.

Malcolm McDowell’s screen presence is as strong as ever but it is Jane Seymour who surprises in this film bringing to screen the dark, insecure yet robust Evelyn. The film is slow and melodic just like the poetry that Garvey recites to individuals during the film. If I had to describe it would be a character study of what individuals go through: laughter, joy, death and bereavement.

This was shown as part of the American Dreams selection at this year’s Edinburgh International Film Festival.