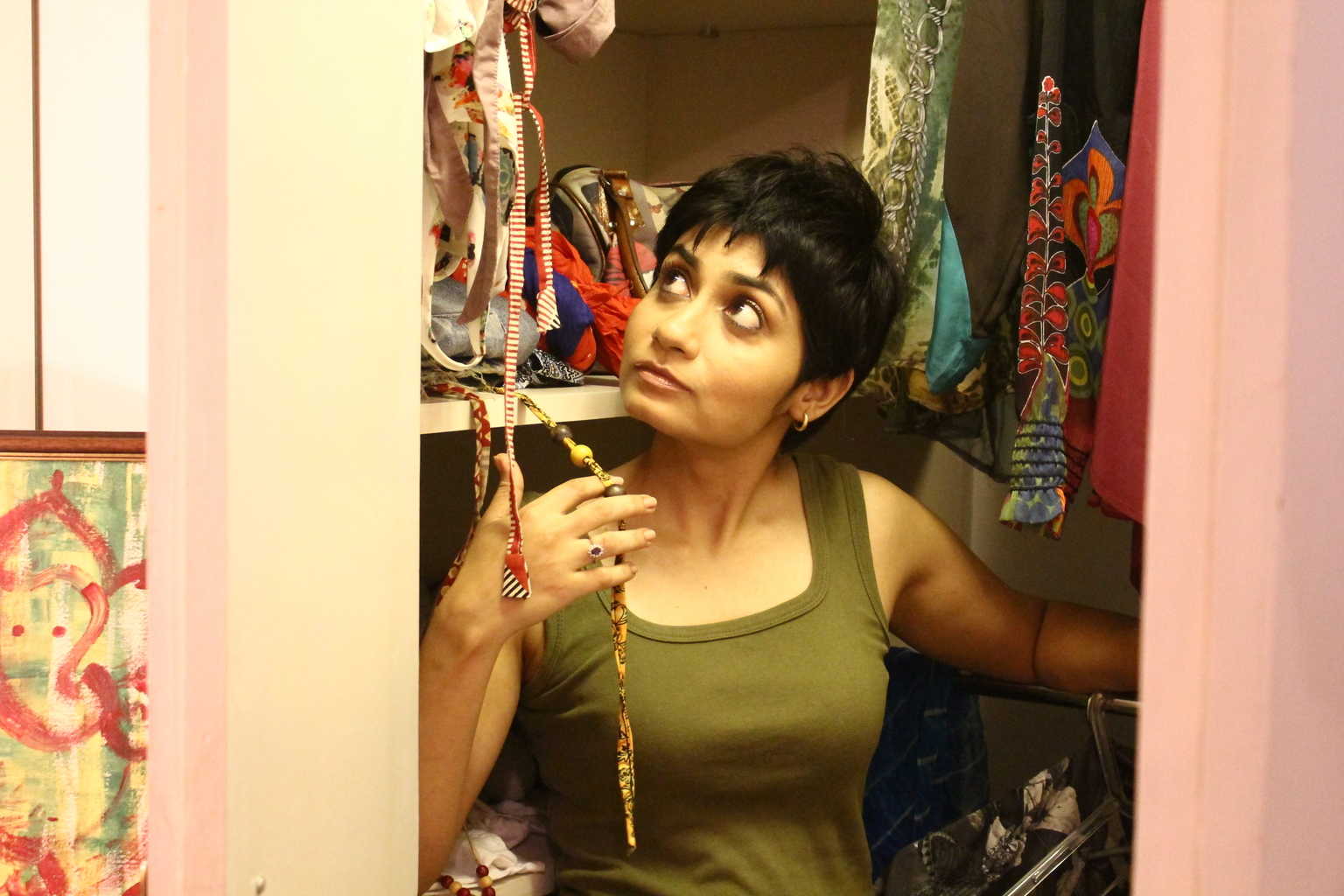 Hopscotch is pitched as a psychological horror film with more focus on the psychological than horror. I kept looking back at the email explanation during the viewing to make sure that my eyes had not deceived me. I certainly was not scared and whilst I remained intrigued for the first 20 minutes of the film my attention started to wane soon afterwards.

The drama is contained to an apartment in a nameless Indian town. A central and sole female protagonist retelling a story of her and Ria. It reminded me of the Amenabar’s film, The Others although without the same dramatic twist.There were also echoes of Locke given there is little change of scenery and in the former all the action takes place in the car. The pop culture Warhol esque colour palate and photography lifted what could have been a rather dull film and the central actress, Sohini Mukherjee Roy, encapsulated unhinged wonderfully. However, I soon became irritated by the way in which she repeated every sentence twice for no apparent reason. A few times and this would centrally have added to the drama but it’s constant employment throughout the film was overkill.

The film is currently nominated for several awards having won one at film festivals in Ohio and Mexico. It does show the already award winning Shomshuklla’s growing confidence as a film director and diversity in trying different genres.

Hopscotch for me lacked a final dramatic punch without which it is merely disturbing and possibly physiological drama. However, the use of colour and actor’s performance makes it worth a look.