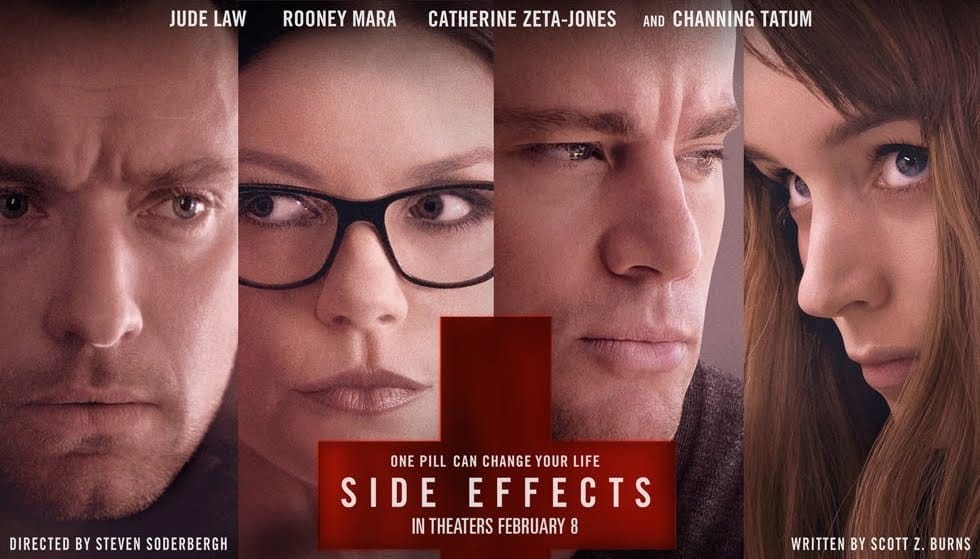 If a person is clinically depressed and asks their psychiatrist to prescribe a new anti-depressant drug which has certain side effects, one of which the person already suffers from which ultimately results in the person committing a murder, who is guilty: the psychiatrist who knowingly prescribed the drug or the perpetrator? Oh and what is the side effect – sleepwalking.  If I gave away any more of the story it would ruin it in that Sixth Sense sense of the word. It’s an interesting premise and the basis of the Stephen Soderbergh’s film casting Jude Law and Catherine Zeta Jones both as psychiatrists and Rooney Mara as the “victim”.

This is a film that makes one think of about big pharmaceuticals and their ethics in the way in which their promote their pharmaceutical drugs. It also raises pertinent questions on the use of drugs to treat mental disorders and if other solutions shouldn’t be tried insteqd.  There is a scene in the film where Jude Law’s character prescribes his wife a little sedative ahead of her big job interview, which she’s very stressed about, and reassures her that everyone takes them and that is means nothing.

The film does work to a certain degree as a  thriller as there are a number of twists that are a complete surprise.

However, the screenplay is dense and I had to re-watch the ending twice with friends and spend a few days reflecting on it to finally make sense of it. All of that to say that this is not a film to talk through or to watch whilst swiping away on the Ipad. It commands 100% of the viewer’s attention and nothing less. I certainly recommend renting it on dvd.