Sonic The Hedgehog: Another Look 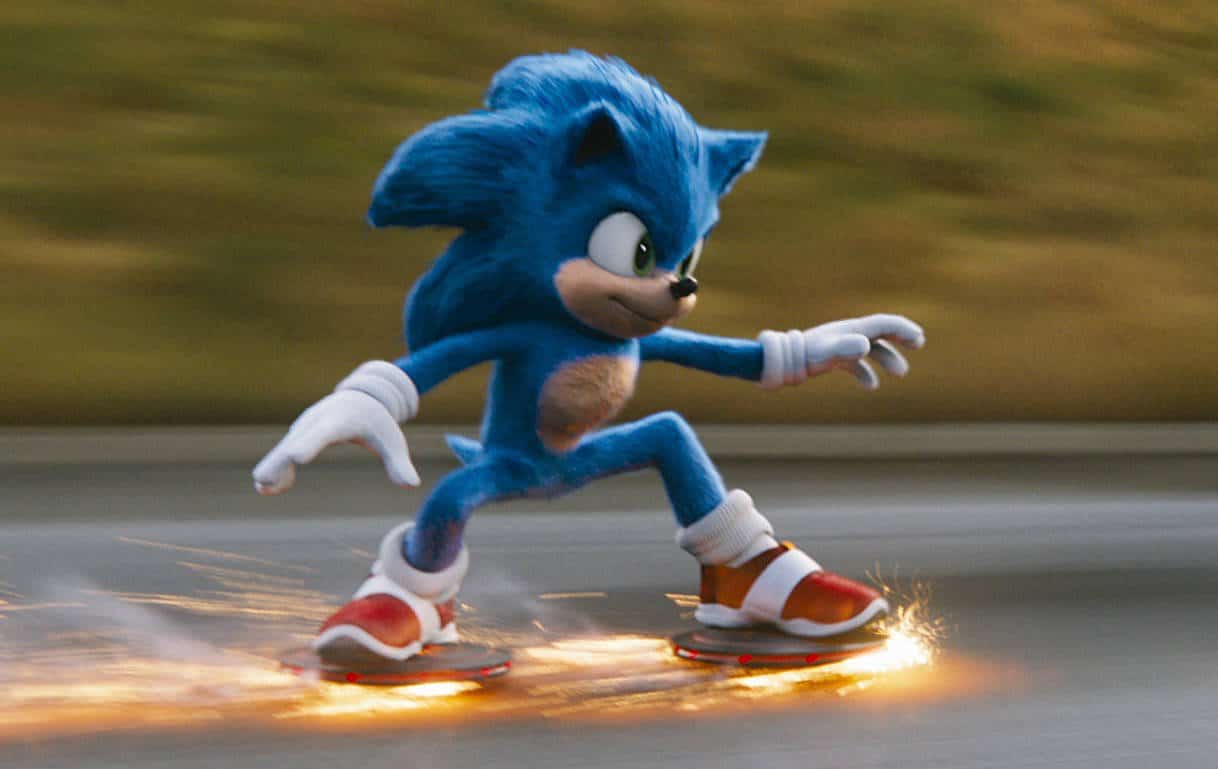 Sonic (voice of Ben Schwartz) tries to navigate the complexities of life on Earth with his newfound best friend — a human named Tom Wachowski (James Marsden). They must soon join forces to prevent the evil Dr. Ivo Robotnik (Jim Carrey) from capturing Sonic and using his powers for world domination.

If you are an avid film lover like myself, you probably know that video game movies are almost always terrible. It almost inevitable at this point that films based on video games are going to be bad. It’s kind of a big shame, really. Video games are home to some of the most immersive worlds and storylines you can find in the entertainment industry.

Throughout the years, we have seen the lows of films such as Paul W. S. Anderson’s Mortal Kombat, and its sequel Annihilation. We have also seen the incredibly bad Super Mario Bros. movie, Assassin’s Creed, DOA: Dead or Alive, Doom, and Double Dragon just to name a few. It truly seems like there exists such a thing as the “video game movie curse”.

With that being said however, there are some highly rare instances in which these types of films turn out to be either okay, not bad, or actually good. One of the good ones in recent years was Roar Uthaug’s Tomb Raider, which was a reboot of the series. Another one that was not all that bad was last year’s Pokémon: Detective Pikachu, which was highly successful and was faithful to its source material.

But, since most of these projects turn out to be awful cringe-inducing nightmares, I was really not looking forward to Jeff Fowler’s Sonic the Hedgehog at all. None of the trailers looked too promising, and the marketing as a whole seemed heavily misguided. Why would you put “Gangsta’s Paradise” by Coolio in a trailer for a film that is aimed towards families and young children?

Plus, you have more than likely seen that picture of Sonic’s original design for the movie. It was also in that aforementioned initial trailer. It probably isn’t a stretch to say that practically nobody liked the design of the iconic blue speedster. Everything about it looked off and it did not look anything like the video game character counterpart.

However, surprises are always welcome, and yes, Sonic the Hedgehog is exactly that. A welcomed surprise. This is by no means an amazing movie that is going to win awards. Not even close. But in terms of being a fun action film that has some heart and good jokes along the way, this succeeds greatly.

Firstly, let’s talk about the performances here. Ben Schwartz is the voice of everybody’s favorite fictional hedgehog, and he does a terrific job in the role. He sounds great as the character, and brings such a sense of warmth to him. He is incredibly likable and charming which is also thanks to the writing by Pat Casey and Josh Miller. While their script is nothing groundbreaking, they both did a good job at making an entertaining family flick.

James Marsden, who I feel is a fairly underrated actor, does well as Tom Wachowski too. We get to learn a little bit about him and his home life too. We know that he has a wife named Maddie (Tika Sumpter), and that he desperately wants to be a cop in San Francisco, instead of being one in Green Hills, Montana, because there, all he does is little things. He doesn’t feel like he is being a true cop. He wants to get a chance to prove himself. Out of all the characters, he was the one that was probably given the most of a backstory.

Usually in a movie where the lead protagonist is some kind of creature like Sonic, cutting back to human characters is annoying and frustrating. It makes you question why they don’t just focus on the creature characters. The humans in these films just tend to be annoying and unlikable, but that gratefully was not the case here.

Now, last but not least, let’s talk about what I feel is one of the best aspects of Sonic the Hedgehog – Jim Carrey as Dr. Robotnik. This is some seriously brilliant casting. In the source material, Robotnik is quite the character. He is always portrayed as being insanely bonkers. Screaming and yelling and just acting crazy. Carrey is an incredible character actor. When it comes to over-the-top comedic performances, I always think of the same two actors – Nicolas Cage and Jim Carrey.

Casting Carrey as one of the most zany video game characters of all time was a great idea, because he is truly hilarious here. Sure, there are definitely some scenes in which it somewhat felt like he was overdoing the performance, but at the end of the day, I would be lying to you if I told you that I did not enjoy watching him have the time of his life in this role. He brings it all here and he is perfectly over-the-top and wild.

Since this is a family/children’s movie, there needs to be some sense of fun and action involved. The kids are going to want to see this movie to see Sonic fight some bad guys and race around really fast, and they are going to have a blast. There are plenty of sequences here that are actually filmed quite well and all of the action was done in a great way. It was fast moving, fluent, and never boring to watch.

If you really boiled it down, you can pick apart this film like there is no tomorrow. It’s filled with problems. The humor, while good at times, also has its issues. A lot of the jokes fall incredibly flat, and there was a shocking amount of product placement here too, with one of the biggest ones being for Olive Garden. Several characters mention the restaurant in the film and it just made me shake my head.

Its story is nothing original, either. It’s probably one of the most familiar film stories I have seen in quite some time to be honest with you. It does not have a lot to say and doesn’t reinvent anything. But, this is Sonic the Hedgehog we are talking about. This film does not need to be the most incredible movie of all time. It was never going to be. It just needed to be a greatly entertaining and fun time at the theatre, and it was exactly that.

Sonic the Hedgehog manages to delightfully impress with some truly entertaining action sequences, and contains yet another wildly fun Jim Carrey performance.