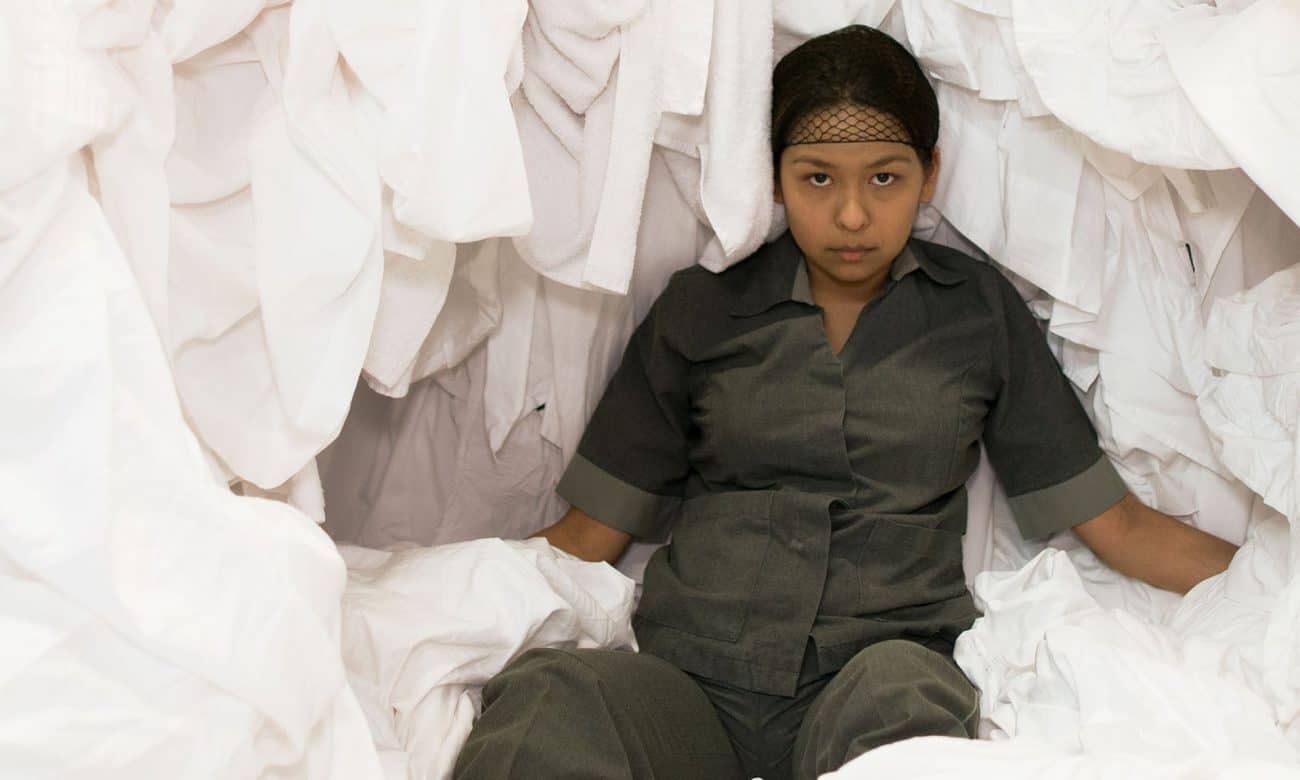 You’ll struggle to find a feature debut that pucks a punch quite as hard as Lila Avilés’ The Chambermaid this year. The film is a beautifully shot, intimate drama that humanises the underbelly of hospitality.

The film centres on chambermaid Eve (Gabriela Cartol, who is a graceful and understated presence) as she goes from room to room in a Mexico hotel, interacting with the people of so-called opulence.

Her character is alienated and determined, her goals being that of a promotion to the 42nd floor (where the VIP sweets are situated) and waiting to hear if the red dress she yearns for in lost property can finally be hers.

The juxtaposition between the crisp sheets, sparkling bathrooms and neatly stacked books with the raucous, messy hubbub of the staff quarters highlights Eve’s frustration with her social status.

She is constantly on the phone to her childminder, promising she will try and be home early. But, more often than not, she has to stay in the hotel or get up too early to see her son for breakfast (we see the inside of the hotel for most of the film, with glimpses of the city through hotel windows).

She is also balancing adult education classes, where she starts to read her first book and learn percentages. For a film set in South America, there is no heat to the cinematography, highlighting the monotony of the hotel workers lives. The only warm tones can found in the classroom.

There are no thrills or plot twists in this film, yet this character driven piece will keep you hooked from beginning to end. You may even learn some cleaning tips along the way, like using a broom handle to flatten down your sheets – I’d never thought of that!

You may even learn some cleaning tips along the way, like using a broom handle to flatten down your sheets – I’d never thought of that!