Bus & Speed: The Blockbuster That Couldn’t Slow Down 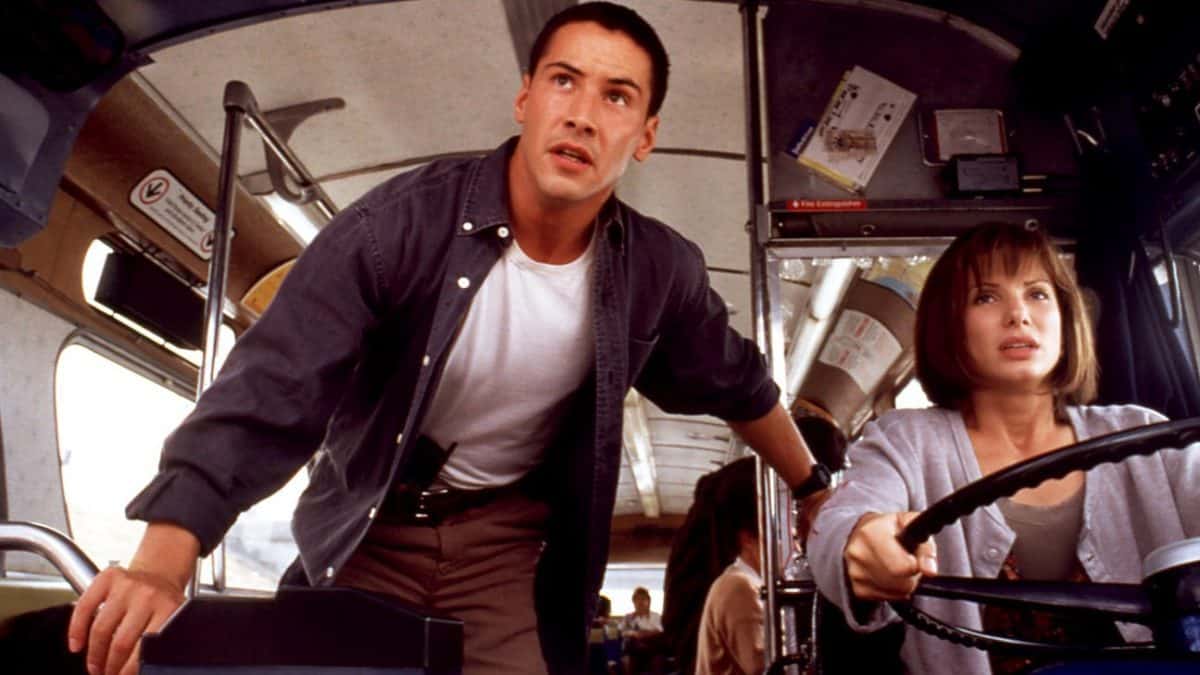 Sometime in the early Nineties a film was pitched and it might have gone something like this.

Graham Yost (writer of Speed): “I’ve got a great idea for a movie. It’s about a disgruntled, retired police officer who puts a bomb on a bus because another police officer, let’s call him Jack, foiled a plan where he was planning on blowing up an elevator in a high-rise building. The twist is that if the bus goes over twenty miles per hour then it arms the bomb and if it goes below twenty miles per hour then the bomb goes off. Also, it’s revealed that Jack’s partner is in league with the villain.”

20th Century Fox Executive: “You know the speed limit on a Los Angeles freeway is seventy miles per hour, don’t you? What happens at the end of the film?”

Graham Yost (writer of Speed): “Yes, I know the speed limit but if it was shot with fast cuts and everybody acted like it was the most dramatic experience of their life then we could get away with it. At the end of the movie I was just thinking that everybody got off the bus.”

20th Century Fox Executive: “Well it has potential but I don’t want the film to just end with everybody getting off a bus. Think of a way to end the movie with a bang, maybe have the hero confront the villain. Think of a location that has the hero get on something bigger than a bus.”

20th Century Fox Executive: “Perfect, write me a script and we’ll get a director, somebody new but with a good eye. Just for fun though, who would you like to star in the film?”

On paper, Speed seemed like a very silly and unexciting idea. The ordinary, everyday activity of riding a bus heightened by hyperbolic drama and danger could have been unintentionally funny under the wrong director. However, against all the odds and a limited budget ($30 million at the time, just under $52 million considering inflation) the ‘bus movie’ ended up taking over $250 million worldwide and cemented itself as one of the biggest summer blockbusters of all time.

After a script was submitted changes were made (as they often are) and little-known sitcom writer, Joss Whedon was brought in to liven the dialogue. Having just finished a movie which he wrote himself, Whedon must have been feeling rather dejected, especially since his dream project Buffy The Vampire Slayer may never be realised in the way that he wanted. Adding to that a dispute with the Writer’s Guild of America over a credit for the re-write of Speed (Whedon went uncredited) and he must have felt that he would never get recognition for his writing. I wonder where he is now…

Meanwhile, 20th Century Fox were looking to cast their new action movie and turned to big names such as William Baldwin, Jim Carrey and Tom Hanks to be their charismatic, action hero lead. Whilst among their picks for leading lady were Joan Cusack, Madonna and Lea Thompson. In the end they settled for Sandra Bullock and Keanu Reeves, the latter which the studio didn’t think would be a big enough star to front a movie. Director Jan De Bont also cast Dennis Hopper because he didn’t want a typical villain, wanting to portray a regular guy who just snapped one day and Hopper certainly delivered, showcasing a crazed, eccentric performance that became a highlight of the film.

Looking back at Speed and it has aged remarkably well. It’s not very likely that many movie studios would greenlight a film involving a bomb on public transport these days, but the dialogue is as relatable now as it has ever been. Amongst all the high concept action, the moments of humour help to lighten the script which may have been taken too seriously, heightening the ridiculous nature of the premise without it. Also, the film plays out as if it was on the stage rather than in an action film, putting its players in a tight, confined space where the audience gets to know all the characters and start to care for their safety.

However, Jan de Bont’s direction is what made it really stand out, having worked with directors such as John McTiernan (Die Hard, The Hunt for Red October) and Richard Donner (Lethal Weapon 3), Jan de Bont knew exactly what it took to provide a fast-paced action movie in a confined space, with a witty script that brought out the chemistry between its leads. Every moment of Speed is filled with intense, edge of your seat scenes that make audiences not want to miss a single moment and it’s thanks to its cast who bring a range of fun, serious and sometimes crazy performances that make Speed one to remember. Even after 25 years. It’s a good thing it never got a sequel…right?