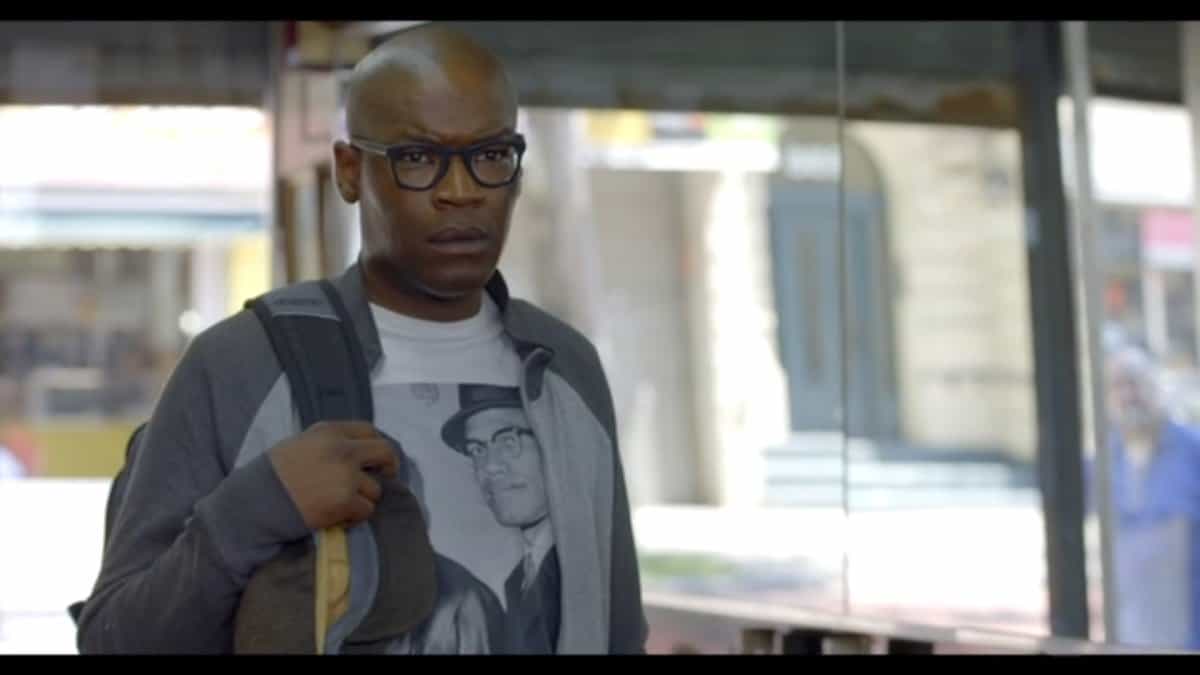 ‘One Bedroom’ is the new feature film from writer/director Darien Sills-Evans. The comedian also stars in the film alongside Devin Nelson as our two leads, Nate and Melissa, a couple spending their last day together, while going through a nasty breakup. Melissa suspects Nate of cheating, while Nate has reservations of his own. It’s a comedy-drama set largely in one Brooklyn apartment, as Melissa packs up her things to leave Nate for good.

It’s a flawed film with a lot of interesting ideas at the heart of it. There is plenty to like about ‘One Bedroom’, with the film’s two stars being the standouts. Sills-Evans and Nelson share a great deal of chemistry, and their charisma makes the material far more engaging than it perhaps should be. This is Nelson’s first feature-length film, but you wouldn’t know it. She shines alongside her far more experienced co-star.

The film is very dialogue-heavy, with its minimal location carrying the feeling of a stage play. The script has its ups and downs, but the material between Nate and Melissa works terrifically. It feels surprisingly like a real conversation, well-delivered by strong performers, and progressing at a natural pace.

The breakup is essentially told in a flashback by Nate as he reflects on it with his friends in a local barber shop. These scenes aren’t quite as engaging as the rest. The film cuts from the interesting plot developments so that we can simply see what his friends have to say about all of it, when the truth is that the audience has no reason to care about their insight. It’s a needless commentary filled with obvious and often stereotypical jokes, that doesn’t add a whole lot to the narrative. One can’t help but think the film may have flowed better without this element.

The flashbacks to the beginning of Nate and Melissa’s blossoming relationship work well, because they directly add to the film’s overall narrative, while still following the story’s most engaging characters, but the barber shop scenes fail to add either of these things.

The film is extremely independent. It’s low budget and it shows, but this isn’t meant as a criticism. Whether intentional or simply a result of budget constraints, this look actually works well for the film, as Sills-Evans tells a very low-key story that is clearly intended to feel as real as possible.

The breakup has moments of exaggeration, but this is simply for comedic effect, and the comedy works for the most part, relying on character interaction as opposed to cheap gags. The majority of what we see actually feels fairly close to home, with the two main characters dealing with relatable problems for anyone who’s ever been in a serious relationship.

It can be hard at times to like Nate and Melissa as people. Honestly, they’re both in the wrong in a number of ways, so it’s difficult at first to really care about the relationship being broken, but as the film goes on and the characters reveal themselves to be far more human as we’d perhaps first thought, this problem quickly fades and it all leads to an ending that undoubtedly makes the film what it is. One of the benefits of an independent production is the freedom a filmmaker has to break the rules, and the closing minutes of ‘One Bedroom’ are actually quite brilliant.

One concern for the film was that it may focus too much on the politics of gentrification, as opposed to simply telling an interesting story. It opens with a slam poem by DeAriesha Mack about this precise subject, but it’s never really mentioned again nor does it feel part of the story. This is a welcome surprise, as Sills-Evans doesn’t become distracted by the politics, instead focusing solely on the central romance, but it does lead to the film’s opening minutes feeling incredibly out-of-place and unnecessary.

‘One Bedroom’ has many positives to take away from it. It’s a very different take on the rom-com genre than we’re used to, that functions on well-written dialogue and solid lead performances, and a genuinely surprising story with a satisfying conclusion. On the other hand, it has its problems. The continuity can be messy, with the barber shop scenes making you wonder whether that’s an issue that could’ve been easily avoided. At times, it makes as many stereotypes as it’s clearly aiming to debunk, and the gentrification element felt largely forced.

The truth is that these elements could simply stem from a filmmaker fairly new to this stage of his career, and if there is one thing to take away from ‘One Bedroom’, it’s that Sills-Evans clearly has a lot to say and a vast amount of potential to be explored in the future.